Intel helped launch their 45nm processors with the QX9650 in November, and then proceeded to release their mid-range Dual-Cores in late January and finally, their low-end and mid-range Quad-Cores late last month. So you might be asking, “where are the low-end Dual-Cores?” Good question, and one we’ll help answer today.

The rumored launch date for the E7200 is next month, but that conflicts with the “Q2” launch date that Intel’s press relations gave us. Similar to the 45nm Quad-Core launch, Intel likely still has many 65nm low-end Dual-Cores and would like to clear some of them out first, before officially launching the E7200 and others. So at this point, the release date is up in the air, but it will probably prove a lot sooner than later.

With its unique 9.5x multiplier, the E7200 hits a stock clock frequency of 2.53GHz and includes 3 MB of L2 cache, 1.5 MB per core. This is unlike the mid-range Dual-Cores, such as the E8400, which includes 6 MB of L2 cache. Whether or not that decrease will affect performance is something our benchmarks will help explain.

Like the E4xxx series before it, the E7xxx series is designed for value-conscious consumers who want a solid CPU that will help get the job done. They don’t boast extreme performance, but as we’ve come to find out well over the past few years, even Intel’s lower-end Core 2 Duo offerings are well worth the time… even with overclocking out of the picture. 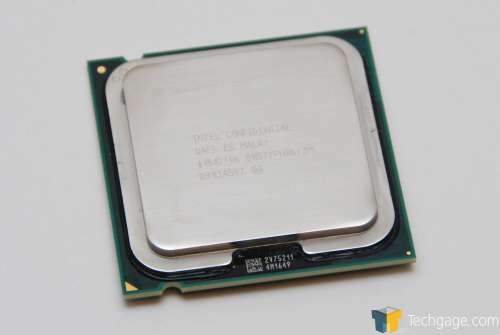 The E7200 still contains a 65W TDP, so while it’s a lower-end model, it’s not meant to be more energy-efficient over the mid-range E8xxx series. Thanks to 45nm enhancements however, improved efficiency should result in an overall wattage drain decrease over previous 65nm products.

The E7200 would prove a great choice for most anyone, regardless of the intention. It would fit well in a general-use PC, it could well handle high-definition content in an HTPC, and even has the power to deliver superb gaming performance, as we’ll see later. For the projected $133 USD (to retailer) price, the E7200 looks to be one heck of a offering. 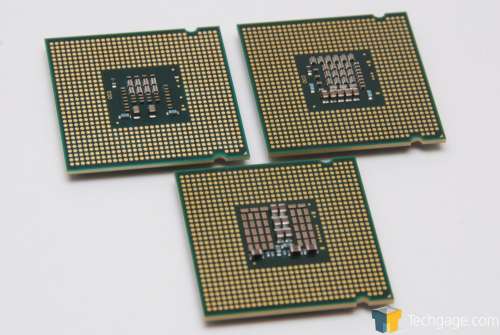 To recap, while we are unsure of the actual release date and price, we wouldn’t be surprised to see it launch next month with a $133USD (/1,000) price tag. Rumors have been rampant, so it could very well happen. We’re just not willing to put money on it quite yet.

So, let’s get right to some benchmarking! On the following page, we explain in-depth how our testing methodology works, then we’ll jump into our SYSmark and PCMark tests, followed by many more.