Corsair has long been offering some of the most attractive all-in-one liquid cooling options on the market with its Hydra series, but it’s been a while since the entry-level models have seen much of an update. That changed late last month, though, with the release of the brand-new H55 and revamped H60. Let’s check them out.

When I first started getting heavily into computer hardware, cooling your rig with water was only for the rich or foolish. Sometimes both. Today, there are still some who choose to build custom loops themselves since it provides the ultimate in cooling performance, but for those who don’t want the effort and maintenance that goes along with that, all-in-one liquid coolers are the weapon of choice.

Today’s cooler samples come from Corsair. The company has been offering liquid-cooled solutions for quite a number of years, but when talking about the now-traditional “all-in-one” design, the company’s been on top of things since as far back as mid-2009, with its Hydro series. We’ve been lucky enough to take look at many of them, from the budget-oriented H50 all the way up to the über-frosty H100.

This time around we have the new H55 and refreshed H60 coolers, both of which feature some improvements in an effort to keep your hot CPU under control. If you’re unfamiliar with all-in-one liquid coolers, I suggest that you check out some of our earlier articles because this is going to be a full speed ahead, combo review with very little hand-holding. 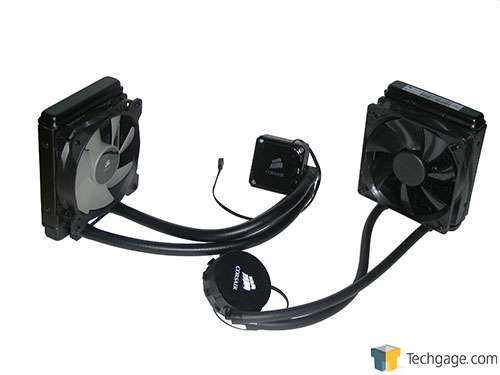 We’ll start off with the H55, which could be considered a refresh of the H50 that Bill took a look at a couple of years back. The block and pump housing has retained the round shape of the H50, but under the cover is a newly-redesigned block that Corsair claims will lower temperatures further. 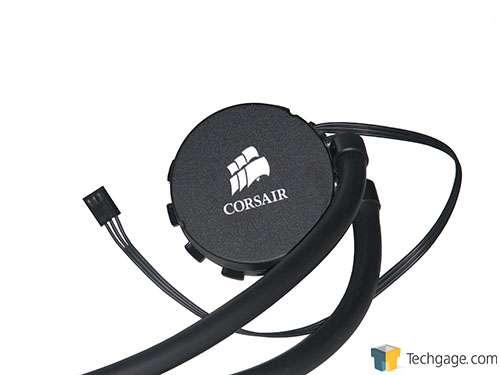 As usual, Corsair has applied some thermal interface material prior to shipping, which should help those who may not feel comfortable applying it themselves. 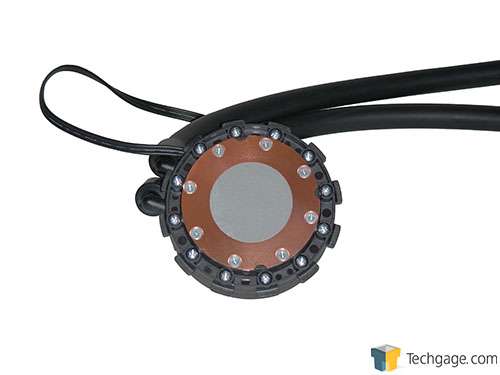 The sealed, pre-filled radiator is a 120mm unit with aluminum fins. A 120mm fan is included and is capable of pushing up to 55.6 cubic feet per minute (CFM) of air while running at a maximum of 1700 revolutions per minute (RPM). This fan, along with the pump, are powered by separate 3-pin connectors. 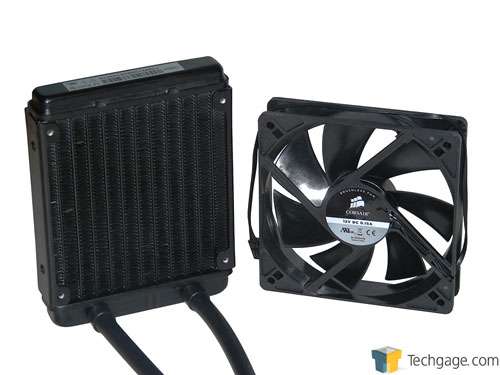 Moving onto the H60 is where we see some major changes on the outside. This refresh of the original, which is dubbed the “2013 Edition” features a more stylized square block and pump housing with another redesigned copper block underneath. 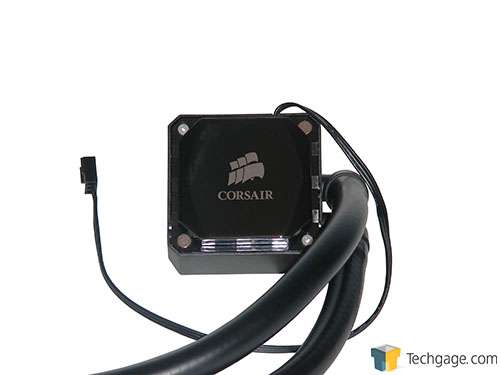 The same pre-applied thermal interface material is found on this model, as is the norm across the entire product line to date. 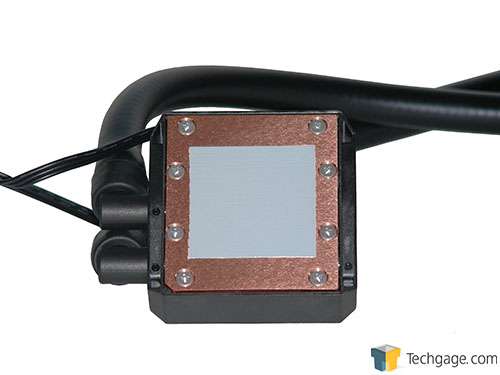 Again, there is a 120mm aluminum radiator, only this time Corsair has added its Airflow SP120 fan which can push 54 CFM at 2000 RPM and is powered by a 4-pin connector. Thanks to this 4-pin connector, this fan also features pulse width modulation (PWM) so the speed can scale up and down resulting in less noise. The pump for the H60 features the same 3-pin connection found on the H55. 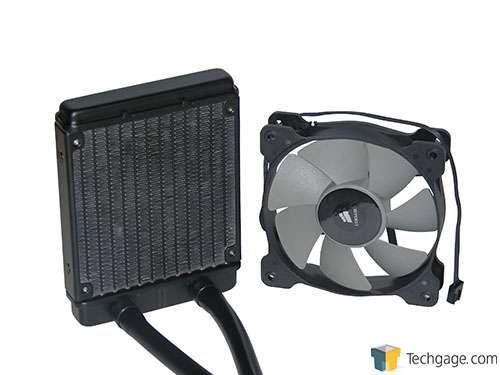 What I didn’t cover on either model are the hoses that run from the block and pump to the radiator. The stiff, ribbed hoses found on some previous models have been replaced with smooth, flexible ones. The H60 has also had the diameter increased to 14.3mm (measured externally) to allow for increased flow. The hoses of the H55 are shown on the left and the larger hoses of the H60 are on the right. 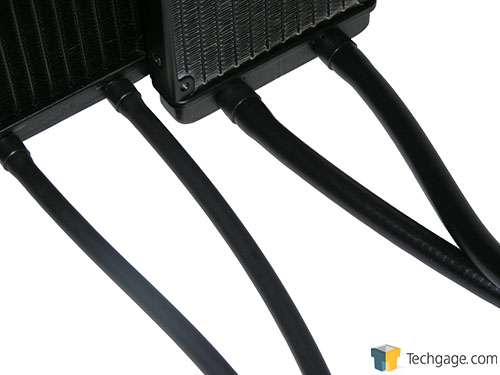 Included with each cooler is the mounting hardware, which differs from model to model depending on the OEM. The H55 hardware, which uses the “ring” mounting method is on the left and the more traditional hardware for the H60 is on the right. 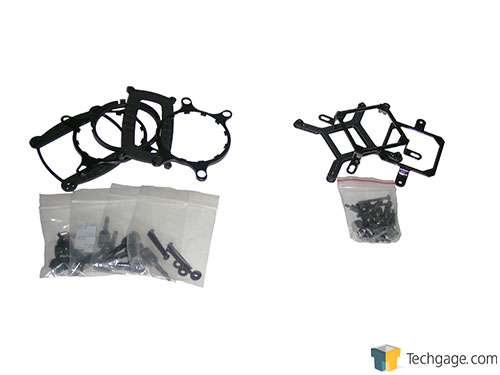 So now that we know what we’re dealing with, it’s time to slap both coolers into our test system and see how they compare.