by Rob Williams on June 26, 2020 in Graphics & Displays, Processors, Systems

The gaming notebook market has been infused with high-refresh display panels over the last couple of years, and with its latest 10th-gen processors, Intel has been eager to see more flood the market. In this article, we’re going to explore 300Hz gaming on Acer’s new Predator Triton 500 notebook.

Years ago, I didn’t take high-FPS gaming too seriously, despite having played many games on a high-refresh monitor. It seemed so strange to me that others demanded 100+ FPS in their games, when I couldn’t easily tell the difference beyond 60 FPS. Long story short: game choices matter, as does actually experiencing high-FPS gaming for more than just a handful of minutes.

When Destiny 2 released to PC a few years ago, it was my first foray into high-FPS gaming as I’ve come to love it today. After playing the game on a 1440p/144Hz monitor for a couple of weeks, moving back to a 60Hz monitor felt like I was dealing with a GPU driver issue because it felt so slow in comparison. It was then that I became a high-FPS believer.

It used to be that 144Hz panels seemed impressive, and really, they still are. And while most gamers out there are still glued to 60Hz, more and more monitors are coming out with high-FPS capabilities, and fortunately, that extends to our notebooks. Today, we have a 300Hz gaming notebook here to test, and the fact that such a thing exists still amazes us. 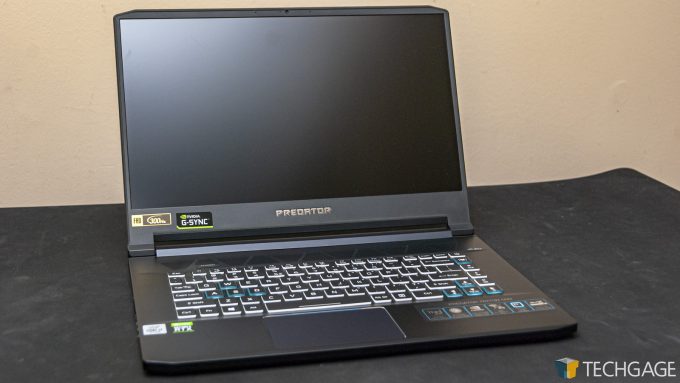 High-refresh gaming delivers improved smoothness to a game, but that’s not the only reason it’s alluring to seek out. Smoother gameplay means better control, lower latency, and increased accuracy (potentially). At this year’s CES, we did some gaming tests at 360Hz at NVIDIA’s booth, and in a CS: GO test, my kill count improved from 0/10 to 7/10 when I moved from 60Hz to 360Hz (and believe me, I’m no pro gamer). Simply put, the faster your game, the more accurate you can be.

As we’ve seen throughout our many CPU reviews, the processor that’s the heart of a system is integral to allowing games to run as close to a high-refresh rate as possible. Not all games are going to hit 300 FPS without some major fuss, because few are designed from the ground-up with sky-high frame rates in mind. Especially at 1080p, it helps a lot to have a CPU that will peak at a very high clock rate – such as 5GHz, which this Acer notebook’s Intel Core i7-10750H six-core can deliver.

Of course, a fast GPU is also needed for this kind of task, so that’s where NVIDIA’s GeForce RTX 2080 Max-Q comes into play. This notebook features that very GPU, which is currently the fastest Max-Q variant NVIDIA offers, delivering 6.6 TFLOPS of single-precision performance. If we compare this GPU’s raw performance against desktop counterparts, it’d be on par with an RTX 2060 SUPER. That includes having an 8GB frame buffer, and of course, NVIDIA’s RTX features (eg: accelerated ray tracing, DLSS.)

Here are the full specs of Acer’s Predator Triton 500, as tested:

As a gaming notebook, you can’t really ask for much better than these specs for this form-factor. The Max-Q, as mentioned, is the current top-end offering from NVIDIA, with notebooks sporting beefier cooling solutions able to upgrade to faster non-Max-Q variants. The CPU itself, an i7-10750H, can boost to 5GHz, and is more than sufficient to deliver great gaming experiences. This notebook would fit the bill for creators, as well, although the CPU not having eight cores might be a deal-breaker to some.

Also under-the-hood is the latest Intel wireless chipset, delivering 802.11ax Wi-Fi, along with Thunderbolt 3, 2.5Gbps Ethernet, and Bluetooth 5.0. The addition of 2.5Gbps is really nice, although we’re not sure too many people will be equipped for it quite yet. That said, it’s nice to have the option for when you do decide to augment your network. Lastly, 32GB of memory gives this notebook a lot of breathing-room.

Being that this is a gaming notebook, we wouldn’t expect to see 4 hours of battery life out of this one unless you really throttle things down and keep to more modest workloads. This notebook might not be as power-hungry as some, but it still includes a 230W power supply.

The Triton 500 has a clean design, with a simple logo at the back that lights up when powered-on. The touchpad is fairly large (and really accurate), and as you’d expect, all of the keys are backlit with RGB. The WASD and arrow keys are highlighted blue to stand out more, and overall, they look quite good.

The notebook’s power button is in an interesting position, as it’s at the top-right of the keyboard. You don’t have to worry about hitting this while your PC is turned on, as it’s not going to shut off on you (unless you hold it for a number of seconds). To the top-left of the keyboard is a Turbo button for overclocking the GPU, giving an extra performance boost.

A PredatorSense button can be found directly underneath the power button, which will launch Acer’s own software suite to allow you to adjust lighting, change overclocking values, adjust hotkeys, and so forth.

On the right-side of the Triton 500 are dual USB 3 Type-A ports, along with a mini-DisplayPort and USB-C 3.2 Gen2 / Thunderbolt 3 port. On the opposite side is the 2.5Gbps Ethernet port, another USB 3 Type-A, as well as HDMI and audio jacks. Exhausts are found on both sides of this notebook, as well as the back. During really heavy gaming, a fair bit of heat might come out of the sides, which could become noticeable if your mouse hand gets near it (unless, of course, you’re using the touchpad.)

Overall, this is a really solid design, and I can’t find anything to really complain about. The touchpad felt good to me, quite responsive and soft to the touch. They keyboard was also pretty easy to type on, which is saying something considering it’s rare when I can jump on a new notebook and type away without stumbling. This is one of the better keyboards on a notebook I’ve used recently; responsive and satisfying. 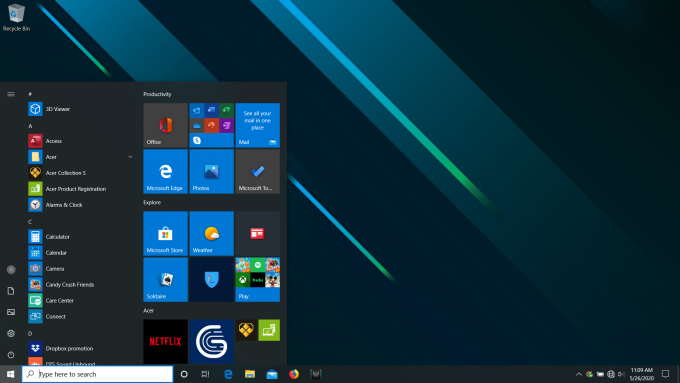 But, enough of all that. It’s time to get into some gaming! On the next page, that is.