If you love SSDs, OCZ Technology’s suite at the Aria hotel in Las Vegas was the place to be during CES. On display were the company’s IBIS drives, the Vertex 3 EX and Pro, the short Z-Drive R3, along with 80 Plus power supplies for both the OCZ and PC Power & Cooling brand, and yes, even some DDR3 modules could also be found.

At an event as huge as CES, it’s inevitable that we’ll run into a couple of companies with such a large number of product unveilings that it will be overwhelming, and at the same time, there will be others with more modest line-ups. This CES, OCZ Technology falls into that latter category, thanks solely to its dwindling number of product categories.

At CES 2010, I remember walking into OCZ’s suite at the Aria hotel and thinking to myself, “Wow, where are all the products?”, and this year, it was much of the same. But it’s understandable… SSDs for OCZ have been a majorly successful endeavour, so the focus there should be just as major.

During our meeting, I was told that OCZ would soon be phasing out all of its RAM products, and a mere couple of days later, that became public. But, despite the end of an era within OCZ, the company did have a couple of RAM kits to show off, which one of its employees sombrely mentioned where the best-looking modules the company had ever released: 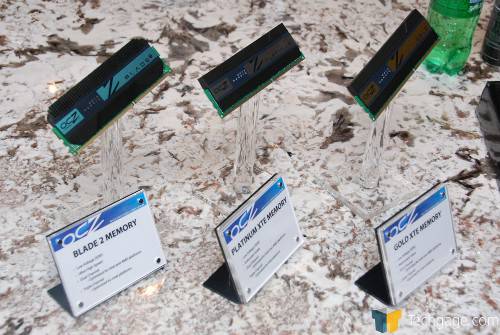 But onto happier things! OCZ of course had lots of SSDs on display, and the first I was shown off was the Z-Drive R3, an upcoming release that follows in the footsteps of the successful Z-Drive series designed for enterprise environments. Thanks to its modular design, purchasing a Z-Drive doesn’t mean what you get back to the office is what will remain forever, as it’s completely upgradeable. 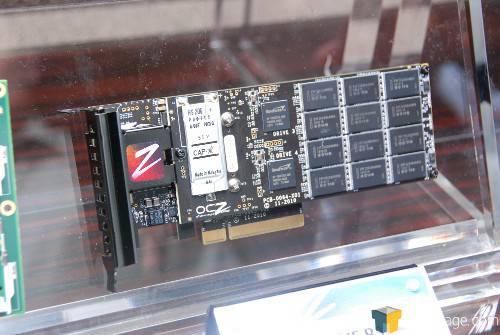 The R3 features a shorter form-factor, so that it can be used in even smaller server chassis. Perhaps we’ll see a solution like this on the enthusiast side someday?

One of OCZ’s most successful SSD line-ups has been the Vortex series, so it was of little surprise to see the Vertex 3s on display, including the SLC-based EX and MLC-based Pro. The EX has a read speed of 550MB/s, a write speed of 525MB/s and 4K IOPS performance of 80,000. The Pro is nearly identical, except its 4K IOPS performance is 75,000. 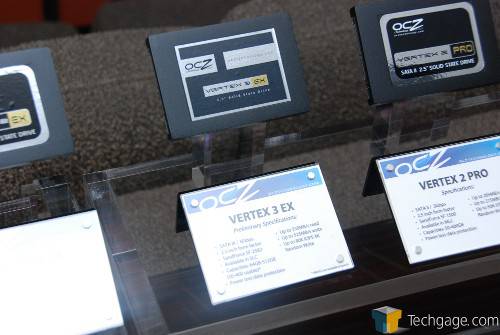 A couple of months ago we talked a bit about OCZ’s fast HSDL interface and its IBIS SSD, but until our meeting I hadn’t seen the final product on display. It looks somewhat similar to the company’s “Colossus” 3.5-inch SSD, but a little more attractive. 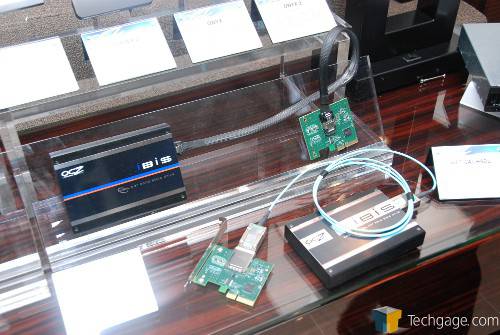 A brand-new HSDL product was also on display, the “IBIS XL”, a product that’s designed to offer mass storage but still in an SSD format. As far as I understood, the smallest model offered of this will be 4TB, which puts even desktop mechanical drives to shame. The unfortunate thing is the $8,000 price tag. 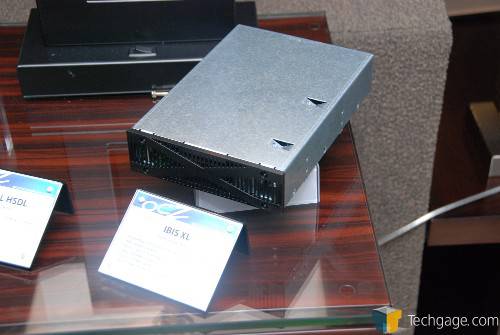 For some reason, OCZ rejected my request for a review sample. Figure that one out!

Among all power supplies, PC Power and Cooling’s Silencer line-up is a bit of a legend, and as a result, OCZ has decided to bring some new launches back to their roots and give fans what they want. For some reason, the Silencer II series weren’t the best-received, so these 760W and 910W models should give people just what they’re looking for. Both models are 80 Plus Silver certified. 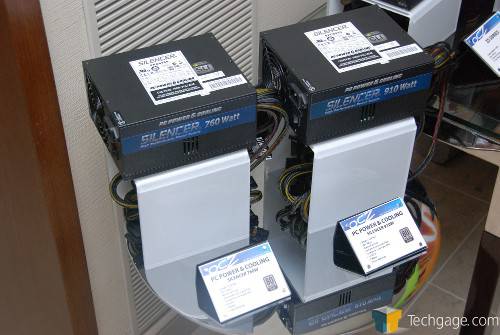 Under OCZ’s own brand, a couple of new power supplies were also announced, with a 80 Plus Bronze certification. The series, ZS, will be released in 500W, 600W and 700W sizes, and not feature a modular design. 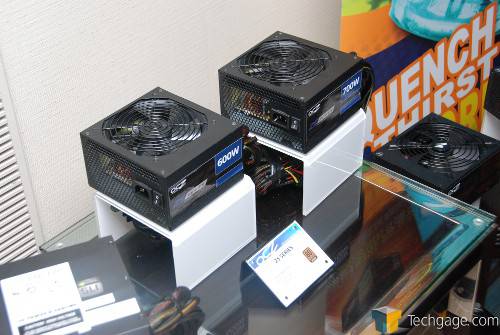 To help fill that 80 Plus Gold void, the company also showed off the ZX series, which is a modular design… a 100% one to be exact. They are designed to power even the beefiest PCs, with dual 8-pin motherboard connectors and a total of six eight-pin power connectors. It looks great and thanks to its small form-factor, it could be the go-to choice for many a builder. 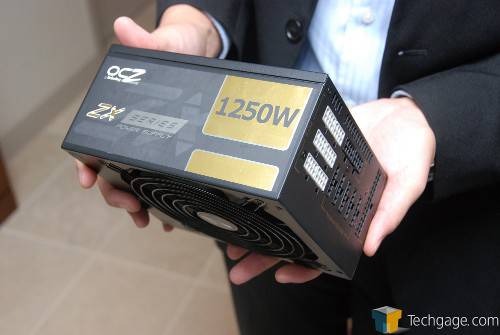 OCZ Technology has many products en route to retailers in the months to come, and I’m sure we’ll be taking a look at many of its SSD products in the near-future. Stay tuned!