Having a home server can bring obvious benefits, but what if it could do more than just sit there? If you’re a music buff, then you may be interested in an audio CD ripping solution from Illustrate, called RipNAS. Pop in a disc, and minutes later it will be available for streaming. It couldn’t be more simple, but is it worth the $45 asking price?

As our digital libraries grow exponentially year after year, and we start to only purchase music from our favorite online vendors (Zune Marketplace for me, please!), it’s easy to overlook the many CDs that we’ve collected over the years. One of the best things that anyone can do at that point is to rip their albums into “MP3”. While the format you choose to use is completely up to you, the term MP3 is no longer associated with the way the song is compressed but rather now is simply a slang term used for most songs in digital form.

One endeavor I have undertaken many times over the years is to rip all of my CDs to my computer in an effort to “archive” them all in one central location. As my education to the technology increased, and my tastes evolved, I have found myself ripping those same CDs two, three and sometimes even four times over the past decade into an ever increasing audio quality. What started with Musicmatch Jukebox (yeah, you remember that one) and 128k quality, has evolved into lossless rips such as FLAC.

There are many different programs available that allow you to rip your CDs to MP3. Some are free to download while others will set you back a bit of money. For a few years now, I have been using Exact Audio Copy and for what I have used it for, it’s been more than adequate to cover my needs. More recently, I have been using Illustrate’s dBpoweramp. The most notable feature that I can appreciate is the fact that it’s able to use multi-core CPUs to speed up the conversion process. Today, we are looking at another variant of Illustrate’s powerful ripping tool.

As Rory pointed out in his stellar review of the ASUS Xonar Essence STX, many audiophiles are warming up to digital music, and with the help of the Essence, incredible sound quality now comes from your average PC. In my experiences over the past few years, a networked house is a beautiful thing, and when you can combine your love of music with your love of technology, exciting things can be done. 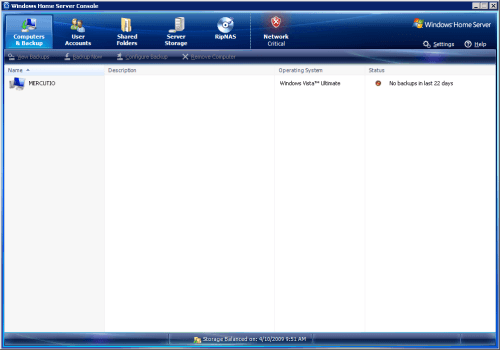 In our looks at the Squeezebox3 and more recently, the Logitech Boom, no longer is your digital audio collection forced to be played on your PC or your MP3 player of choice. These devices, and many others like them, have enabled anyone with access to their home network the ability to stream their music from wherever they have their media stored to their home theater’s surround sound speakers. This ability to completely open up your audio is powerful and has personally changed the way I approach enjoying my music on a daily basis.

With the advent of Microsoft’s Windows Home Server platform, network backups and media sharing could be easily controlled and harnessed by almost everyone, regardless of computer knowledge and experience. We first got excited about the platform over two years ago when it was debuted at the 2007 Consumer Electronics Show in Las Vegas. That following March, we took an early look at WHS, and Colin walked away from the beta with a positive outlook on the future of the Microsoft’s home server platform.

The following year was quite a headache for not only Microsoft but anyone who decided to adopt the still-new operating system. Yes, I’m talking about the infamous file corruption flaw that could ruin files edited on the server or one of its shared directories. Publicly known around October of 2007, it took Microsoft almost nine months to issue a fix for the problem with the release of Power Pack 1. After that, critics have agreed that WHS is by and large a very solid approach to backing up your networked PCs and sharing your media across said network.

I have been working with WHS for the past few months and in that time, I have come to love its simplicity, yet workman’s attitude (it’s built on the tried and true Windows Server 2003 SP2 code). When we were approached to take a look at Illustrate’s software and how it integrates into WHS, we jumped at the chance to show further functionality in an already robust operating system. After Power Pack 2 was released last month, adding even more streaming capabilities, Microsoft has made another significant push into the living room when paired with a Windows Media Connect supported device like the XBox 360 and the PS3.

Built to integrate directly into Windows Home Server’s console center, the software is only one side of the RipNAS line of products. Illustrate has a very attractive (yet expensive) home server that comes with an Intel Atom CPU, either 1 or 2 GB of DDR2 RAM, WHS pre-installed, and of course, RipNAS integrated into the OS. Borrowing the styling from the Mac minis and providing a fair amount of storage expandability, the RipNAS box is meant to allow easy ripping of your CDs and then use the power of WHS to send that media across your network to any place you desire. 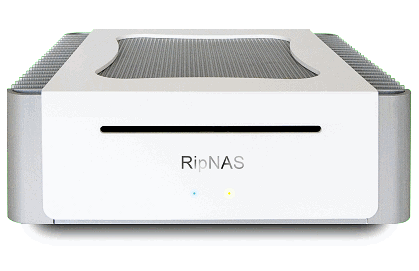 For those of you not keen on coughing up the required price to play, you could build your own home server, and while I can almost guarantee that it won’t be as pretty as Illustrate’s hardware, for less than a single Intel Core i7 940, you could have a fully functional Windows Home Server PC using only cheap hardware that you find on sale at Newegg.

Let’s get down to business, then. On the next page, we’ll take a look at how the product works, and also put it through a good test.