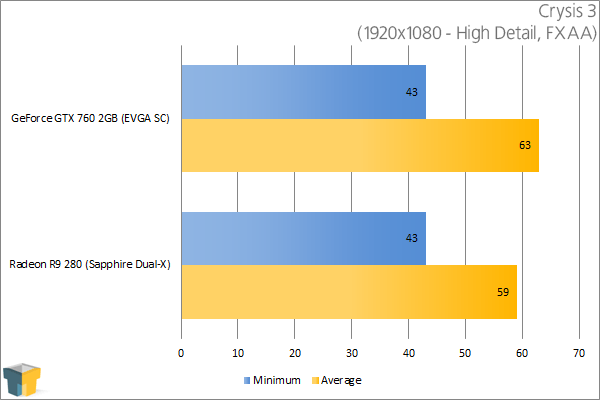 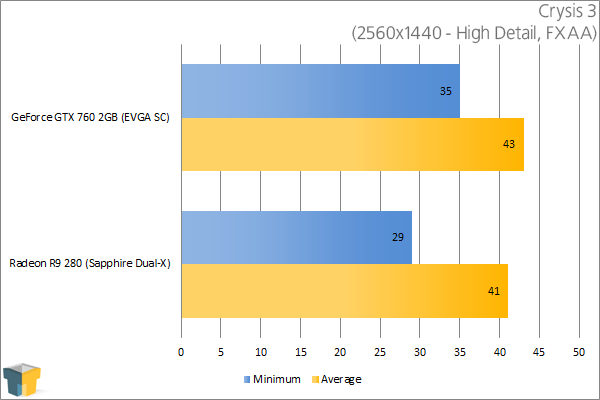 Crysis 3 lives-up to the tradition of a game that requires a good amount of GPU power to run well while looking well, but both of these cards manage to deliver a fantastic gameplay experience at 1080p. 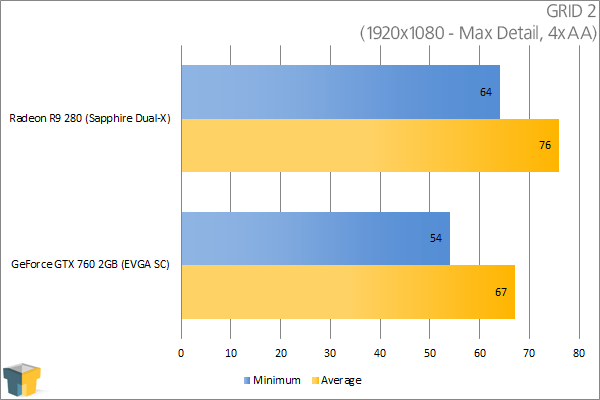 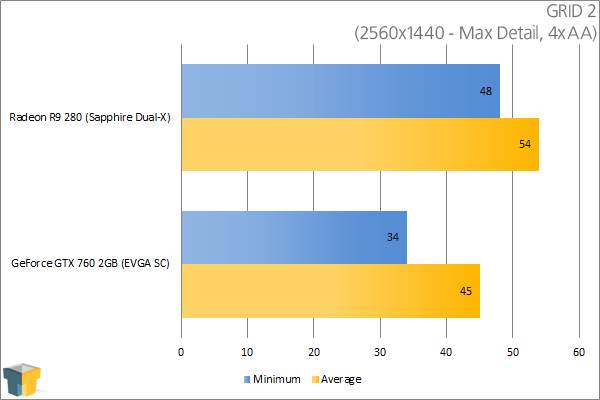 As covered on the testing methology page, GRID 2 is a neutral title in the AMD vs. NVIDIA battle, but despite the nearly equal performance we’ve seen up to this point, AMD’s card managed to surpass NVIDIA’s here by a fair margin. Both cards deliver great performance at 1080p, while AMD’s card might have an easier time getting away with these detail settings at 1440p for some gamers.