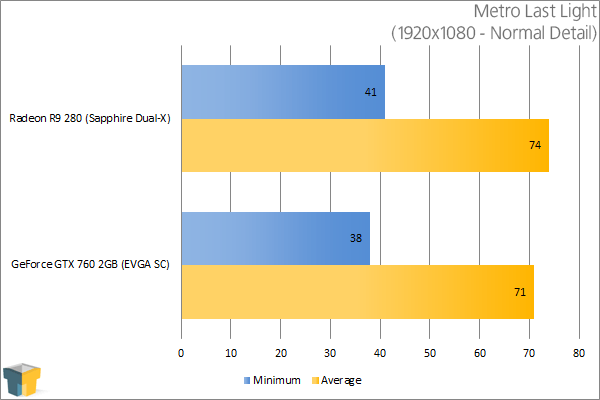 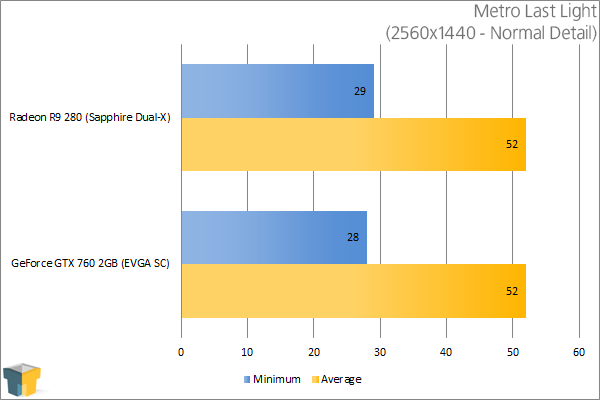 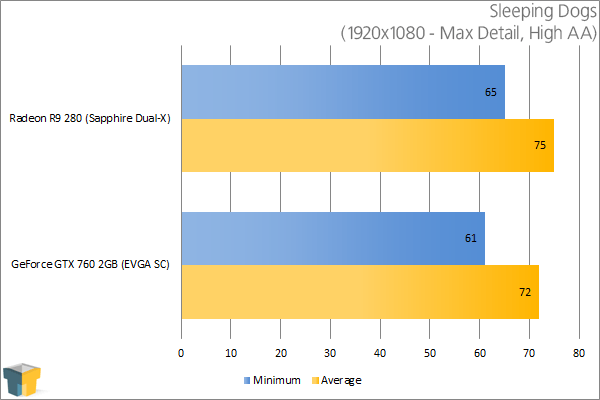 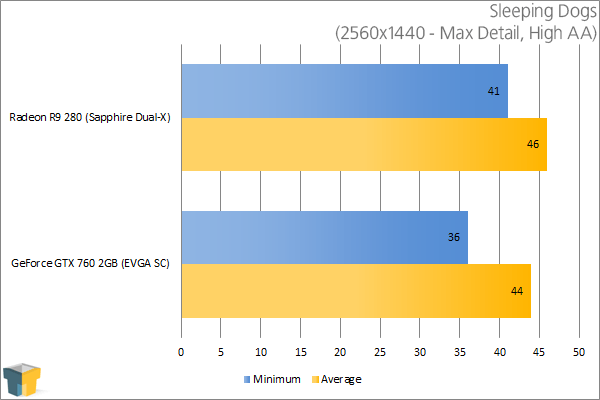 It might be an AMD-sponsored game, but Sleeping Dogs runs nearly the same on both cards here – with AMD’s perhaps not-too-surprisingly edging NVIDIA’s out slightly.