Unlike most NASes, RAID enclosures have as simple a featureset as possible. They’re designed to give you robust external storage potential, without breaking the bank. It’s been ages since we last took a look at a RAID enclosure, so to break that dry spell, we’re taking Teratrend’s TS432U for a spin. Let’s see how it fares.

I would like to preface this article by covering the basics of mass storage devices like the one we are looking at today, as well as cover the subject of RAID; what it is, and why you should use it. Luckily for me, there is already a brilliantly written article right here on Techgage that will tell you all you need to know about RAID, so thanks for that, Brett.

Let’s look at the difference between a NAS and a RAID enclosure. A NAS enclosure in a nutshell is a server, built from the ground up to manage your storage needs, and like the name suggests (Network-Attached Storage), it is accessible to users on your network. You could simply have a computer loaded with HDDs that can accomplish this very thing, but that adds to the cost, power consumption, and space real estate in your home or office, not to mention the headaches of setting up software to do what a NAS comes already programmed to do.

A NAS is a standalone box, purpose-built  to handle your storage; they are small, efficient, and loaded with features from remote mobile device access to automatic backups – it’s like having you own personal in-home cloud. Many NASes are also compatible with Apple’s Time Machine backup software.

With a NAS, there are a plethora of different makes and models, ranging in units with very modest specs, to very robust units – from single disc units, to two bay, 4 bay, 5 bay and more. With a NAS on your home network, it will appear in your network tree as a computer; my NAS is affectionately named “SKYNETSERVER”. 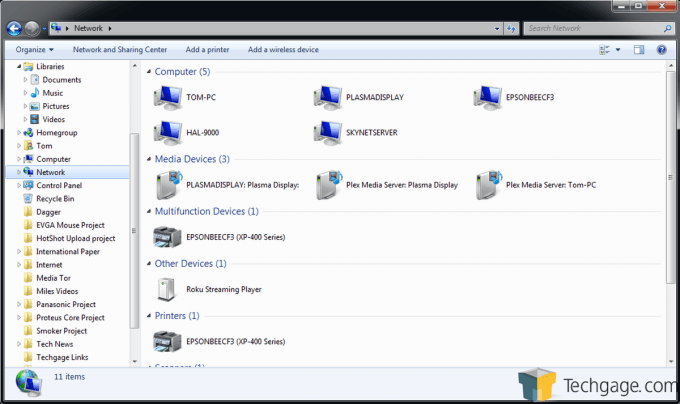 I use my NAS as a media server for my HTPC, my Roku 3, my Boxee Box, Microsoft Surface, iPhones, etc – anything I want to use to stream media using apps, my app of choice is PLEX. It also serves as the backup for the Time Machine for my wife’s MacBook Air. I use it to store anything that I want to keep secure; as well as general backup data for my main PC.

If you are still curious about the specifics of NAS devices, we have many great reviews on the site to peruse. A couple of select ones include our look at NETGEAR’s ReadyNAS 102, and QNAP’s TS-269L.

Now that we have covered NAS devices, let’s have a look at RAID enclosures and what makes them different from a NAS. One difference that stands out immediately is price – RAID enclosures are priced much lower than NAS devices. The most obvious explanation for the price difference is simple – RAID enclosures do not do what NAS devices do. To state what a RAID enclosure is as plainly as I can, it is an external HDD on steroids. What a plain external single HDD does not offer your system is the redundant safety for your data from mechanical failure, or the ability to duplicate an HDD on the fly, like Teratrend’s TS432U can.

When you are deciding on how to best manage your storage, you will need to examine your needs, so that you can make the best choice on which device to buy. Personally, I think that some people who buy a NAS could easily use a RAID enclosure and save some money. It all comes down to what you want/need from the device.

Take a look at my setup – with the exception of mobile access from my phone and the need for Time Machine for my wife’s laptop, I could easily use a RAID enclosure as the main storage for my home. There is a way around the Time Machine caveat though, as you can plug the RAID enclosure into the USB port of the Mac and perform backups that way, but that is nowhere near as convenient as the automatic, seamless operation of Wi-Fi backups to my NAS.

Let’s have a look at the TS432U itself. The styling is simple – a black box. I was impressed with the craftsmanship here; the thick, sturdy, solid aluminum door with the magnetic closure gives it a very premium feel. With the door closed, only the display window is visible, giving you the status of the device. 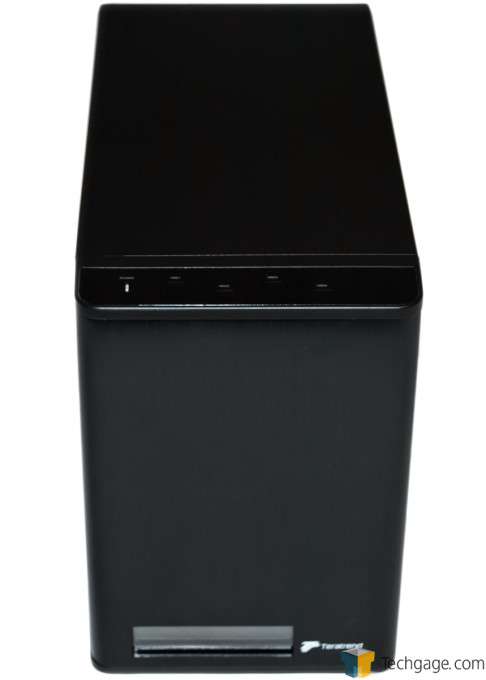 The back of the unit is home to the USB 3.0, eSATA connectors, and the switches for the various RAID configurations that you can utilize. 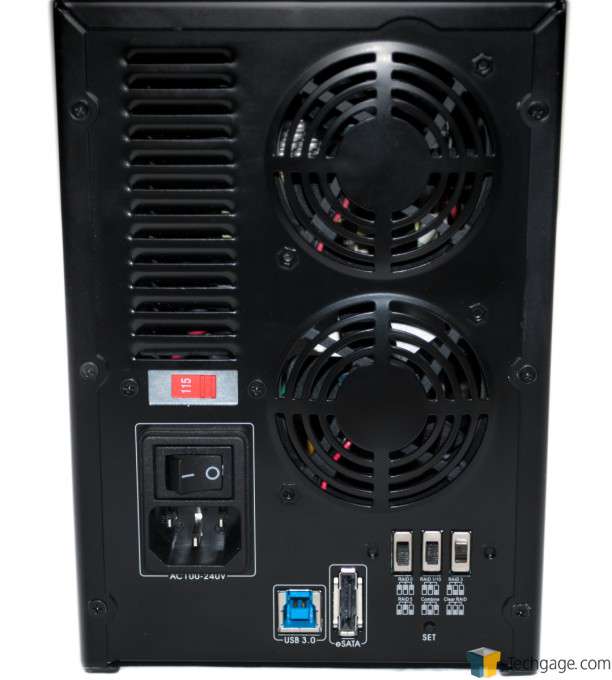 The drives are easily installed, but I did find that the ejection method left something to be desired – that something being that it would not eject the drives far enough most of the time, and I would need a pair of pliers to remove the drive from the housing. I don’t see this as a major issue, though, as you will not be ejecting drives very often. 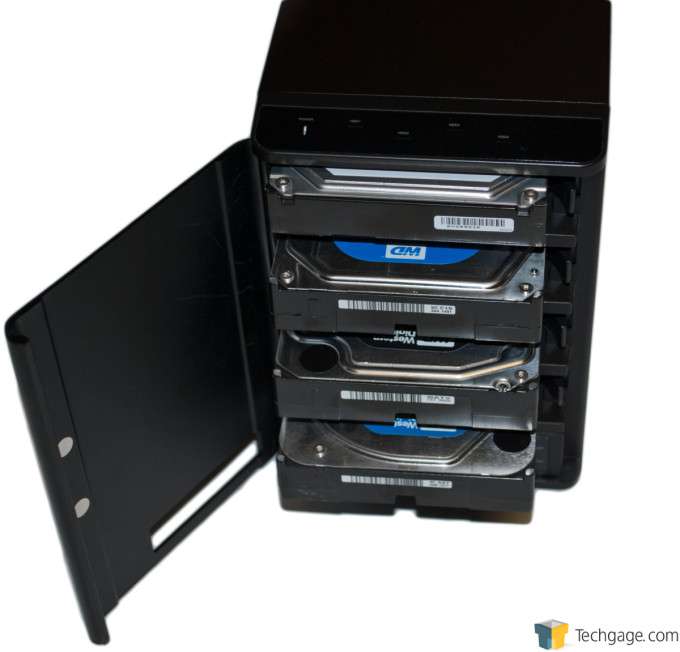 You can attach the device to your computer via USB 3.0, or through the eSATA interface. For me, I will be connecting this device using USB 3.0. 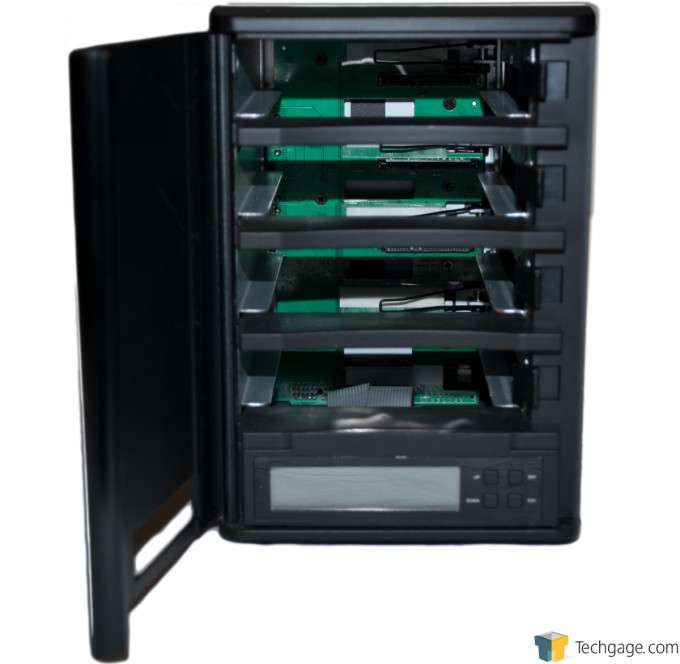 You can load one hard drive and use this box, or load all 4. They do not need to be matching, and this box can handle 4TB drives, which if configured to do so, can give you up to 16TB of storage.  There is a great RAID calculation tool, which can tell you your RAID options based on what drives you have, that can be found here. 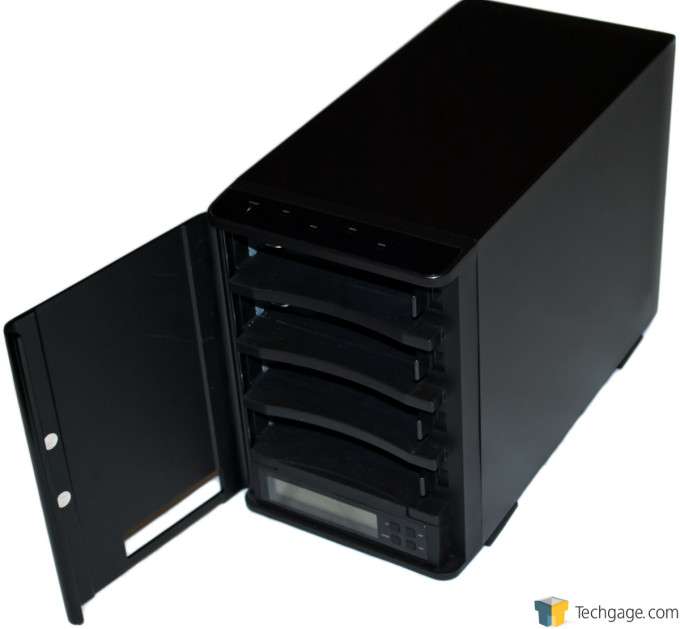 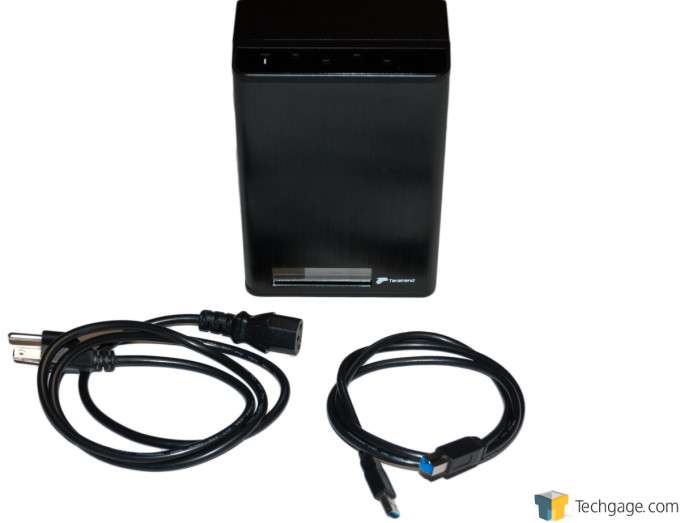 With that look at Teratrend’s TS432U out-of-the-way, we can move onto a look at the software, and then jump into my test results and final thoughts.