When the mini CD was loaded into the computer, there was no autorun of any kind so we opened up My Computer and browsed the contents of the disk. Included on the CD is a pair of folders containing the Button Manager backup program and the Windows 98SE drivers that allow the old OS to recognize drives of this size. 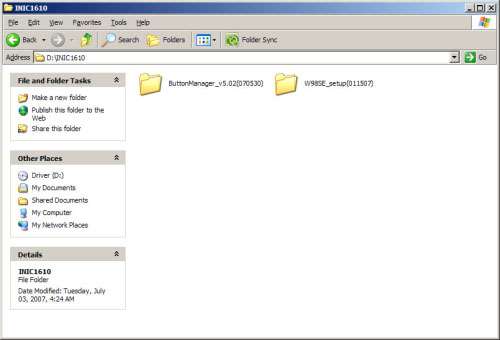 Once installed, there wasn’t a start menu link setup so we had to browse to the Initio folder in the Program Files directory to open the program up. Once opened, a simple windowed popped up (the same window that comes up when you press the backup button on the V1) allowing us to create our own job by mapping the source directory and the destination directory.

One can also set the job as active; allow all files in the selected directory to be copied as well as control whether or not only new or archived files will be copied. Also available in the software is the ability to tell the program to backup your files, only copy the selected files and most importantly, restore any files previously backed up. 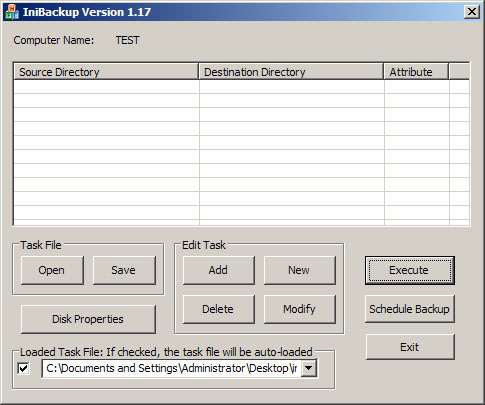 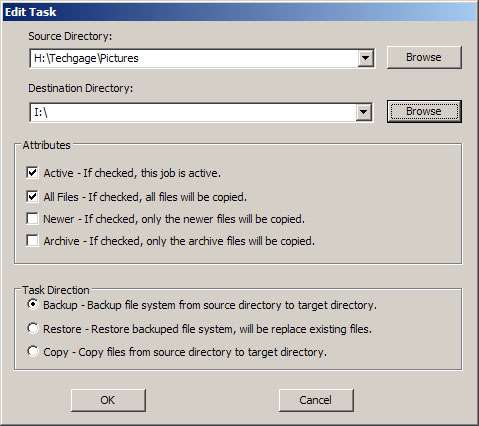 Once setup, the new job can be saved, modified and deleted as well as executed immediately or at a scheduled time on a later date. While not very in-depth, the scheduling window allows you to pick the day that the job will run and at what time it will be executed. You can setup each backup job to run at an exact time if you would like, backing up different areas of your data in incremental steps. 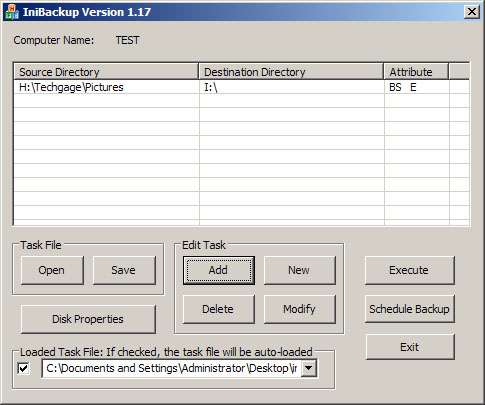 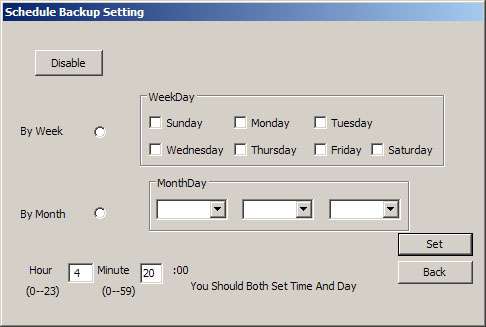 The backup process as a whole is fast and allows the process to be paused in the middle of a transfer. Obviously times will vary depending upon which interface you decide to use. In our testing, we used both USB and eSATA. When a job is completed you can choose to stay in the program, call main frame in the crude but functional program, or exit out of it.

With the V1 and its software fully examined, testing of the VOX V1 is a pretty straight forward affair. Connecting it to our test machine first by USB and then by eSATA, we ran both HD Tach and HD Tune 2.53. Both programs do essentially the same thing but differ slightly in results so to be fair, we ran them both.

As a comparison, we also ran these tests on the previously mentioned Seagate 250 GB drive in the Vantec NexStar 3 enclosure. Each test was run three times on each drive and on each interface. The numbers were then averages out and recorded for this review. No expansion ports were used and both the eSATA and USB cables were plugged directly into the back of the motherboard. The test PC used was pieced together with the following parts:

As stated above, we choose to run Windows XP in this test but going forward, with SP1 just released for Vista, the newer Microsoft OS will be used from now on. First up is HD Tach. 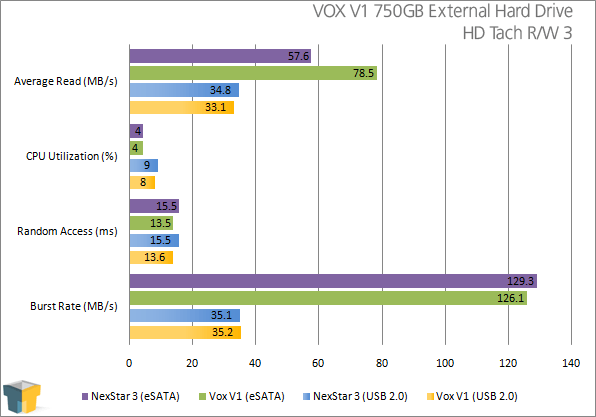 Interestingly enough, the two drives trade off performance in the burst rate and in the average read when connected with eSATA. When used with USB, performance is very close. Let’s see what HD Tune thinks of the two external hard drives. 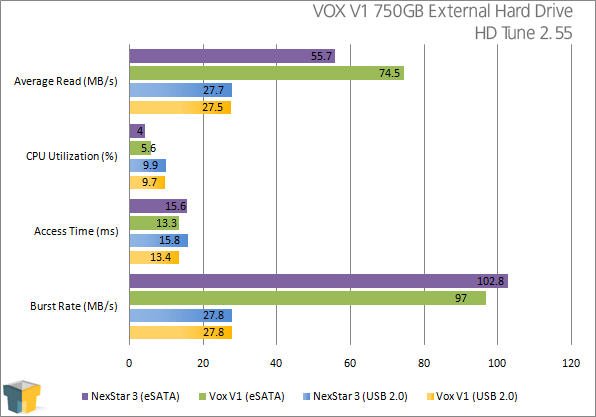 Again the same trend appears. For overall average read rates, clearly the Initio chipset used in the V1 is superior but the chip used in the NexStar 3 bests the V1 in burst speed.