VPS: What It Is and How It’s Useful

by Rob Williams on December 3, 2010 in Security, Software

We’ve talked a fair bit about home virtualization in the past, but now we’re going to take a different turn and tackle VPSs, or “Virtual Private Servers”. In essence, a VPS is a virtual machine in the cloud, allowing you to log in from anywhere and gain nearly full control over a remote machine with tons of bandwidth to do a variety of cool things.

Last summer, I posted an article that took a look at virtualization from a consumer standpoint, as only months prior did I clue into the fact that this is something end-users should care about. The reasons are vast, but simple. Virtualization allows people to run an OS within their OS, and this “guest OS” could act as a testing platform for developers, a sandbox of sorts for others, or be required to run older software.

The thing that drew me to virtualization was the fact that I run Linux as a full-time OS. As much as I love Linux, I’ll be the first to admit that there are a couple of limitations, and in my particular case, having the need to use programs like Adobe’s Photoshop and Microsoft’s Excel required me to find a reliable solution. Rebooting every time I needed to use either was not the one I felt like going with.

Thanks to virtualization, I run Windows XP inside of my Linux install without issue, and aside from things like spreadsheet or photo editing, I can even play some simple games, including my favorite MMO, Asheron’s Call. Although I had a couple of specific reasons for getting into virtualization, there are a billion scenarios where it could come in handy.

For developers, virtualization is a boon, because it allows them to test out their application or service inside of what I consider to be a “throwaway OS”. You can test out whatever software you need to, and revert the OS to a previous state at any point in time. It’s pretty brilliant.

For even more information on virtualization in general, I recommend you check out our primer article to fill in any gaps, as we go into fairly deep detail about how it all works. Of course, as the title suggests here, this article is not about virtualization on the desktop, but rather virtualization on a “private server”. What is that, exactly? That’s what we’re here to tackle.

One of virtualization’s key benefits is that it allows you to run a second (or third, fourth, etc) operating system in a protected environment, and a virtual private server acts the same. Instead of the OS being located on your local hard drive, however, it’s located on a server as the name suggests. This server could be in your own house, or in a remote data center. 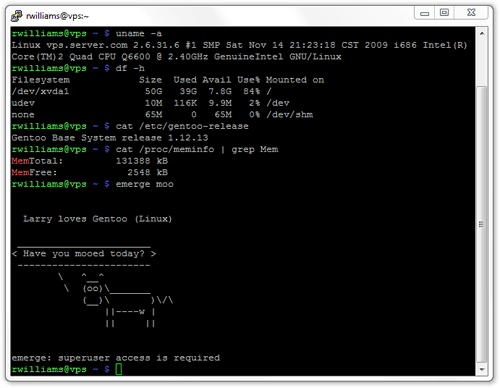 VPS services are without question more common in IT environments than anywhere else, and companies such as Amazon have even built a solid business around offering such solutions. For the end-user though, what use is a VPS, and are they limited to those who tend to have greater technical knowledge? The answer is… “it depends”.

Because a VPS is server-based, you log in remotely, and as such, a GUI is almost never used. That means, on a Windows-based OS, you’d likely be connecting to it via the command-line, and not have a full-scale environment as you would on your PC. That’s because for typical VPS usage, a GUI is not often needed, and in addition, it’s never that ideal performance-wise.

On a similar token, it’s not that common to hear about a Windows VPS, and if one is used, it tends to be for a specific purpose. The main reason comes down to licensing fees. More often than not, using a Linux OS on a VPS is free, while Windows is not. Linux is also an OS that is built around having as rich a command-line interface as possible, and because of this, it’s generally easy to get things done, fast.