Xbox One X: A High End Console With Fixable Shortcomings

Microsoft revealed its upcoming Xbox One ‘Project Scorpio’ at E3 2017, giving it the final name ‘Xbox One X’. At release, this eXtreme model will be the fastest console available, easily beating out Sony’s PS4 Pro. But, faster performance doesn’t always equate to a better experience – especially when the OS (or “hub”) is rubbish.

The past year has been an incredibly busy one for Microsoft’s Xbox division. A mere 14 or 15 months ago, we didn’t even know for sure if the Redmond giant had plans to strike back at Sony’s upgraded PS4, called PlayStation 4 Pro. At that time, Xbox chief Phil Spencer put it bluntly: “I’m not a big fan of Xbox One and a half.” Two months later, at E3 2016, Project Scorpio was announced.

Fast-forward to this E3, and Microsoft has announced that Project Scorpio becomes Xbox One X, a convenient name as it can be abbreviated “XBOX”. As soon as it launches this November, Xbox One S will become the entry-level model (currently priced at $299 USD), whereas the X model will become the top-tier option, priced at $499 USD. 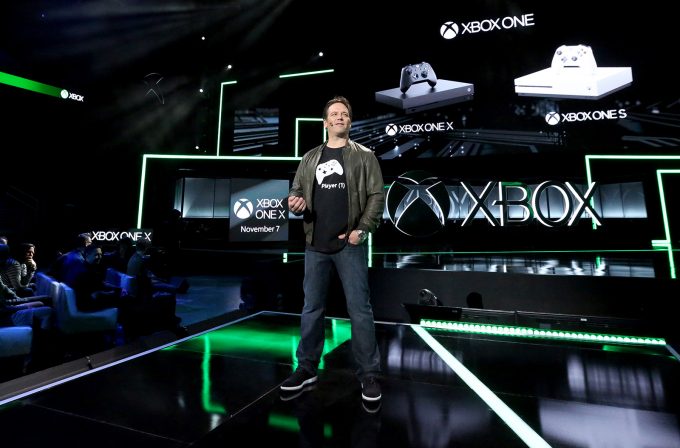 While Sony’s PS4 Pro (check our review and SSD impact) gave its platform a huge performance boost (2.3x GPU), the improvement the Xbox One X will deliver over the original is downright incredible (4.6x GPU). The simple comparison of both Xboxes and the PS4 Pro below can help put things into perspective.

The point of this article isn’t to talk too much about specs, but rather a major beef I have with the Xbox platform: its OS, or at least its OS implementation. But, since this is a tech site, and we love our hardware, let’s talk a bit about Microsoft’s promises.

An Overview Of Xbox One X’s Specs

The big promise is of 4K gaming, which hits a sore spot with me. I’ve been pretty vocal over the years about my overall distaste with that resolution, because I see little point in demanding up to 4x the stress on a GPU to deliver the same 16:9 image, just “crisper”. I think the focus should be on 1080p with higher detail settings, and of course, a higher framerate. 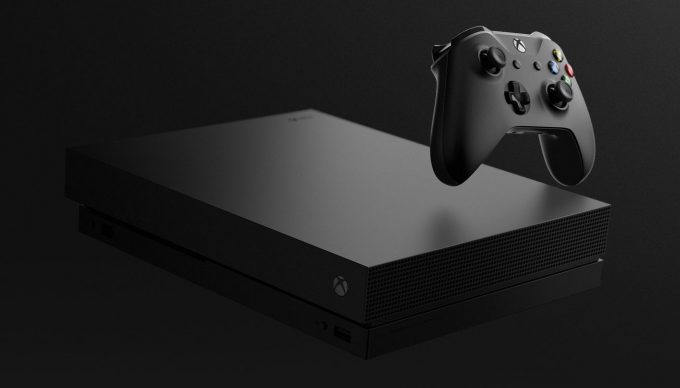 In my graphics card reviews, I include a simple table that helps people figure out which card is best for them, based on their resolution of choice. I’ve included the latest of these below, pulled from my NVIDIA GeForce GTX 1080 Ti review. What you’ll notice is that not a single GPU solution exists right now that can deliver better than a “Great” 4K gaming experience.

The GTX 1070, a 5.8 TFLOPS offering (peaking at 7 TFLOPS) earned a “Poor” rating. Now compare that to the 6 TFLOPS Xbox One X. Where will that “True 4K” gaming come in? At the end of the day, this is all marketing. It’s still “True 4K” even if it runs at lower detail and a lower framerate. Given the nature of the platform, I am sure Microsoft can do more with 6 TFLOPS than we see done on the PC, but on the PC, it takes a 12 TFLOPS graphics card to enable a “Great” 4K gaming experience.

It’s not just the 4K marketing I have a beef with; it’s the push. We see what it takes to get a great 4K experience on the PC, so with just 6 TFLOPS in tow, it’d make a lot more sense for MS to push for 1080/60 and high detail. Alas, Microsoft’s forced to push 4K, because that’s what the rest of the industry has been doing – even Sony, with the paltry 4.2 TFLOPS in the PS4 Pro (which runs the older inFAMOUS Second Son at 4K/30 – some “true 4K” that is). 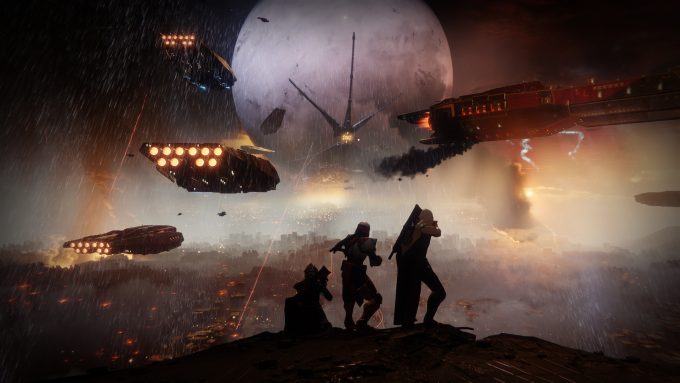 Destiny 2 should be a smooth 60 FPS, but won’t be because of the 4K push

If I sound like I’m bashing these consoles, I’m not. I’m bashing their focus. Games like Destiny 2 should run at 60 FPS, but unless you’re on the PC, it’s not going to. Instead, it’ll run at 4K/30, making incredibly intense action feel just as sluggish as before. It’s ridiculous. Gamers should be pushing hard for 60 FPS, and help make that the norm.

Marketing aside, I like what the Xbox One X is going to be bringing to the table, and I feel that its $499 price is more than justified (I think I would have felt the same if it was $599). In fact, I’m tempted to buy one, but after having owned the original Xbox One, I’m on the fence – all because of the OS (and implementation) that Microsoft refuses to improve outside of retooling it for its own benefit (eg: to push Mixer, a la Beam).

The Xbox Operating System Is Rubbish

There, I said it. I’m not talking about the OS’ performance, its kernel design, or how well it handles things like I/O or networking. The OS’ underpinnings are mostly fine; it’s the top layer that’s rubbish. If you don’t think so, I’d have to ask if you’ve ever touched a PlayStation 4 or Windows PC. 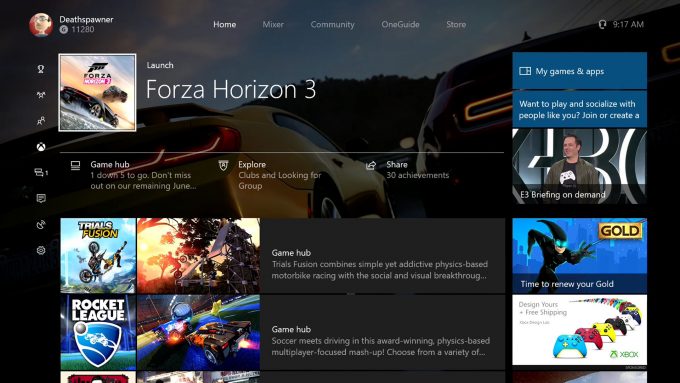 I am a power user, so a lot of this nit-picking isn’t going to be shared by everyone, but because a lot of what I’m going to be complaining about is possible on the PlayStation 4, it bugs me that Microsoft deliberately holds things back when the Xbox OS could be awesome. In what world should Sony be the better creator of a console OS than Microsoft?

The fact is, the Xbox One S is a PC, but the Xbox One X is a powerful PC (all things considered; the CPU would be lacking versus a desktop chip, but that’s neither here nor there). Despite that, it has few of the freedoms that PC users enjoy. I’m talking basic things here.

Take, for example, the fact that I can plug my Blue Yeti USB microphone into a PC or PlayStation 4 and it just works; on Xbox, I’d need to purchase extra hardware and still not have the mic behave like it’s supposed to. This is only because Microsoft requires hardware vendors to pay licensing. Microsoft wins, consumers lose.

Why do we put up with that? I can use my Blue Yeti mic and Audio-Technica headphones for both the PS4 and PC, but because I didn’t want to splurge on an equal solution exclusively for Xbox, I use the $50 HyperX Stinger for it instead (which is a good headset for the price, but it doesn’t come close to my normal setup).

That’s just one nitpick; I have lots of others that are summed-up in the table below. This isn’t meant to be an Xbox vs. PS kind of battle; it’s just facts showing what should be possible on the Xbox platform. The PS4 has its own faults, but none of them drive me as nutty as the Microsoft-imposed ones of the Xbox platform.

If the OS doesn’t change between now and then, try to imagine a powerful PC in the form of an Xbox One X that doesn’t even have the ability to copy your screenshots and videos to a USB flash drive. One that doesn’t let you upload to YouTube, the world’s most popular video platform. One that doesn’t let you share screenshots with friends through the only chat interface offered. I accidentally sent a friend on Facebook a screenshot destined for someone else last night; I can’t even send an image through Xbox on purpose!

One thing that might get a pass is “home screen ads”, because Microsoft has given that feature to Windows 10 as well – much to everyones’ chagrin.

I could bring up the fact that the UI of the OS itself is also chore to use (compared to PS4), what with its bizarre navigation, leading me to wind up on buttons or sections I didn’t intend to. But I can handle a subpar OS as long as it doesn’t take basic features away from me.

I will give the Xbox OS props where they are deserved, and there are a couple of things that Microsoft does a lot better than Sony. That includes PC streaming. Sony’s solution borders on useless even if you use it from inside your own home, because the connection routes through the internet. Meanwhile, the Windows 10 Xbox app gives nearly native performance (though it doesn’t look as good as native gameplay). Its store search is also a million times better. Sony’s alphabetical list search has got to be the result of an inside joke. It just has to be.

As I mentioned above, all of the limitations of the Xbox OS (or platform, whatever you want to call it) are imposed by Microsoft. It doesn’t have to be this way. Being able to copy your screenshots to a flash drive or share them directly with a friend from the platform itself shouldn’t seem like such a luxury. This is the kind of thing that happens when the console owner has its own content platform, a la Xbox Live. Gamers are instead forced to use it rather than their usual (often better) solutions.

Some of the gripes I share above might not seem like that big of a deal, but it’s not as though it’s just one or two things – it’s many. When I first picked up an Xbox One S, I kept a good attitude about things, but that was short-lived as soon as I used the OS, and began discovering one limitation after another. Microsoft would have a leg to stand on if the PS4 had these same limitations, but it doesn’t. 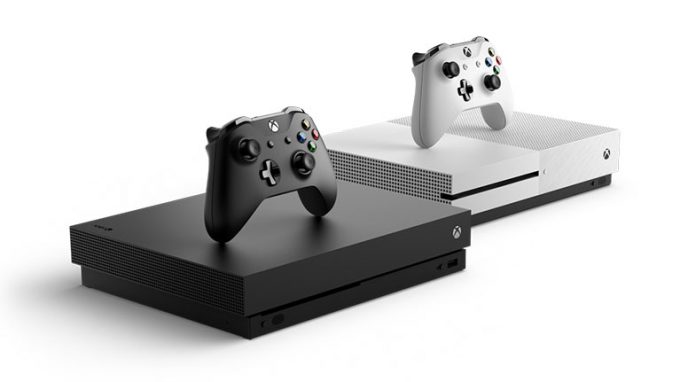 I’ve been a console (and PC) gamer my entire life, so I know that when Scorpio Xbox One X gets released, I am going to feel an overwhelming desire to get one. But if the OS remains as it is today, I just can’t see myself taking the plunge.

But – we’re at least five months out from release, so it could be that Microsoft will change things for the better by that time. It’s not outside the realm of possibility. After all, a couple of years ago, no one would have ever expected Xbox Play Anywhere to be a thing, yet it is, and it’s freaking amazing. As a power user, I just wish the rest of the platform was so epic.