I took a look at Tony Hawk’s Pro Skater HD for the Xbox 360 back in July, and at that time, a PC version had never been confirmed. Well, a month later, it was, and its release happened just this week – and for a mere $10. Is it better than the console versions? Does it play better? Does it look better? These are the questions I sought out to answer, and hey – I like to game and use the site as an excuse. 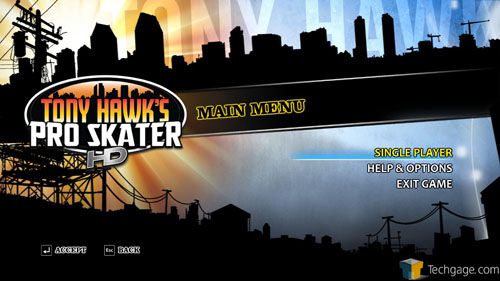 When I saw the game’s $10 price tag for the PC version, versus $15 on the console, I knew something had to be up. Well, that something turned out to be a purging of the game’s multi-player. I would speculate that this is due to the fact that Microsoft and / or Sony forbids it, but the more likely reason is that the game’s developer, Robomodo, didn’t want to fuss over getting it to work through Steam. Instead, $5 is chopped off the price. 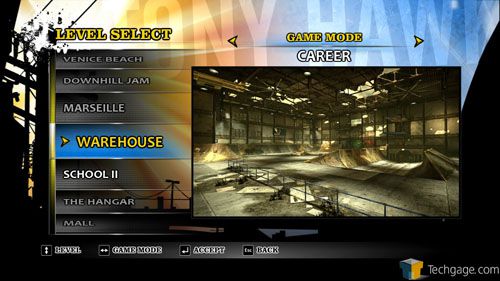 This is a console port in the truest sense of the word. In fact, I’d guess that the developers didn’t even decide on a PC version until the launch of the Xbox 360 one, and while it is a bit of a shame, I give the folks there kudos for at least making it happen.

Multiplayer isn’t the only thing lacking here, however. Like so many direct console ports, you’re confided to a 1280×720 resolution, and no further graphics options are made available. There are also no configuration options for the keyboard, although since this is a particular game that is simply not made for that, being an extreme sports title, I am not sure that’s much of a surprise. If you do choose to use a keyboard, space is for jump, WASD to move, left shift to lip trick, right shift to spin, and the , . / keys to flip, grind and grab, respectively.

Despite the game’s poor resolution, I didn’t actually know the game was running at 1280×720 until I quit and looked at the screenshots. I didn’t think it to be 1080p, but thought it was much higher than 720p. It’s still not ideal, but at least it still manages to look good.

To give you an idea of what to expect from the game graphics-wise on the PC, I’ve provided a shot from each level that’s currently available (the first DLC will include Los Angeles, Airport and Canada). These are in the order of Warehouse, School II, Hangar, Mall, Venice Beach, Downhill Jam and finally, Marseille. 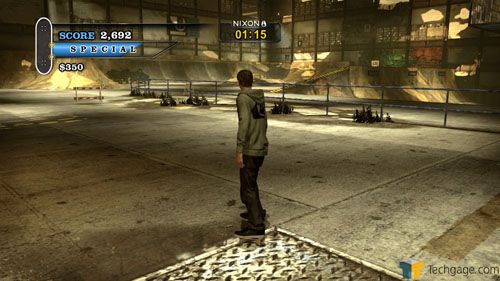 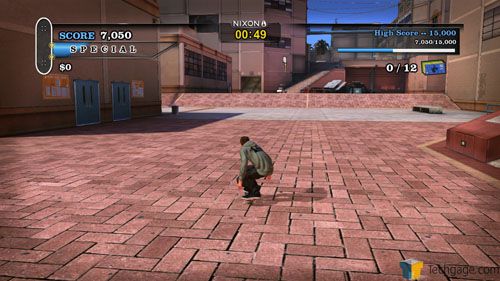 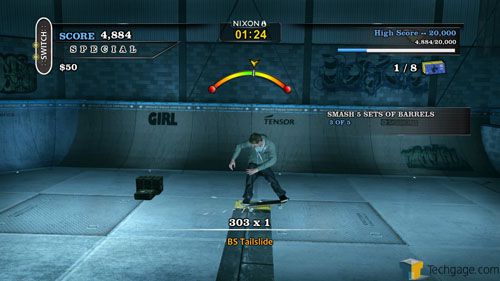 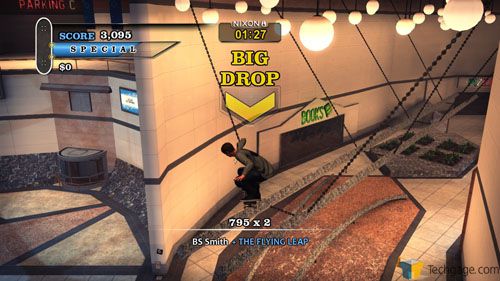 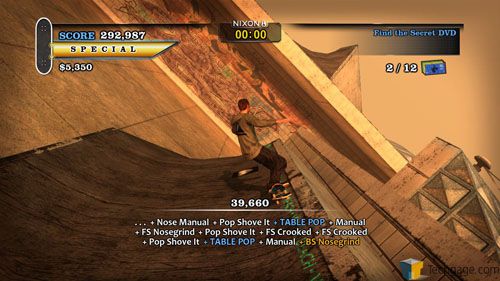 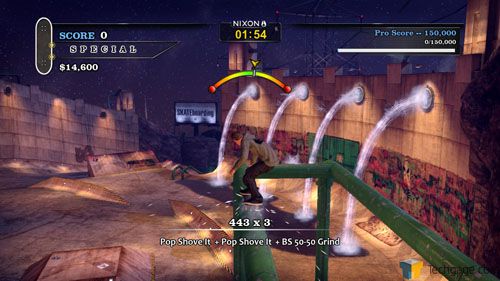 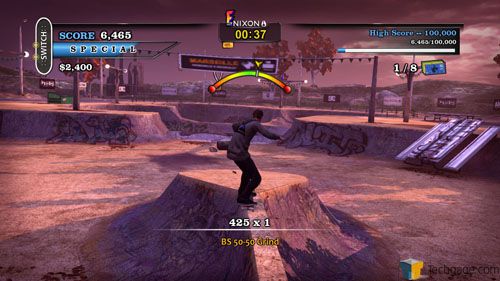 Gameplay-wise, the single-player modes are no different from the consoles. You have career, time trial, free skate, Hawkman and Big Head mode (I recommend checking out our full review for detailed explanations of the latter two). In my review of the Xbox 360 version, I mentioned that I found the game control to be a little off, and sometimes frustrating. I also mentioned that the game was as difficult as ever. Well, I am not so sure I can say the same about this PC version.

For some reason, I found the game to be easier on the PC than I did the Xbox 360. Whereas in the console version, I found it imperative to keep on top of upgrading my stats, I went through the entire game on the PC without upgrading them at all. Mall, a level I find brutally frustrating to get a Sick Score in, I managed in just a couple of tries. Currently, the only goals I’m missing are the sick scores for the last two levels – which is precisely why I plan to upgrade my skater the next time I get on.

I am not sure whether I consider this to be a downside because I did find the game to be a little more fun. It’s certainly not “easy”, so you don’t have to worry there.

Is THPS HD for the PC worth the dough? If you’re a fan of the classic Tony Hawk games and don’t mind the completely lacking multiplayer, then I’d say yes. If you’ve never played the games that this one essentially remakes, then chances are less likely you’ll enjoy it, since nostalgia is half of the reason so many people will.