Zen 2 holdouts who’ve been patiently waiting for AMD to launch its 16-core Ryzen 9 3950X are going to have to exercise their patience for another two months, as the company has officially pushed the date back. If this news burns, will some ointment in the form of a third-gen Ryzen Threadripper announcement help? Its first parts are also slated for launch in November.

We are focusing on meeting the strong demand for our 3rd generation AMD Ryzen processors in the market and now plan to launch both the AMD Ryzen 9 3950X and initial members of the 3rd Gen AMD Ryzen Threadripper processor family in volume this November. We are confident that when enthusiasts get their hands on the world’s first 16-core mainstream desktop processor and our next-generation of high-end desktop processors, the wait will be well worth it. 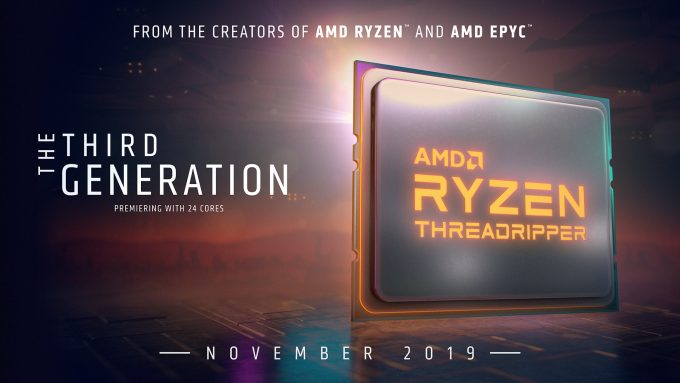 Speculation is going to run rampant on the real reasons for the 3950X being delayed, especially when many thought we were on the eve of seeing it hit the market. If we were to speculate, the recent news unearthed by Taipei tech tracker DigiTimes that TSMC is struggling to keep up with 7nm demand could have something to do with it.

If AMD can’t bring as many chips to market as it wants to, it has to choose between putting a lot of cores into a single product, or producing more lower-core parts for more customers. Since its launch two months ago, availability of the 12-core 3900X has been spotty, with many who’ve managed to buy one having had to endure the relentless bashing of the F5 button while perusing different storefronts. Considering that, the 3950X couldn’t possibly fare much better right now.

What we hope this news ultimately means is that when AMD launches its new chips in November, both series will have good stock to flood the market with, at least up front, so that those anxiously waiting will be able to score one without much issue.

On the Threadripper front, the promo image above highlights that the series will start with 24 cores, which makes sense, since the regular Ryzen series will already take care of the 16-core part. While we’ve seen identical core counts between 2- and 4-channel platforms before, there inevitably become some models on the enthusiast side that don’t make much sense.

Without a 16-core part, we have to hope that these upcoming Threadripper parts will completely resolve bizarre performance behavior which occasionally occurred on the 2nd gen 2970WX and 2990WX. We explored this quite a bit in the past, and based on Zen 2’s architectural polish, that bizarre behavior should become a thing of the past.