When AMD released its Radeon R9 290X a couple of weeks ago, the general consensus was that it was a bit faster than NVIDIA’s GeForce GTX 780, but cheaper. This is of course a key ingredient that goes into the purchasing decision of consumers everywhere, and it’s something that caused NVIDIA to quickly react to. But at $550, the R9 290X certainly wasn’t for everyone. Today, AMD followed-up with the next-best-thing: The Radeon R9 290. 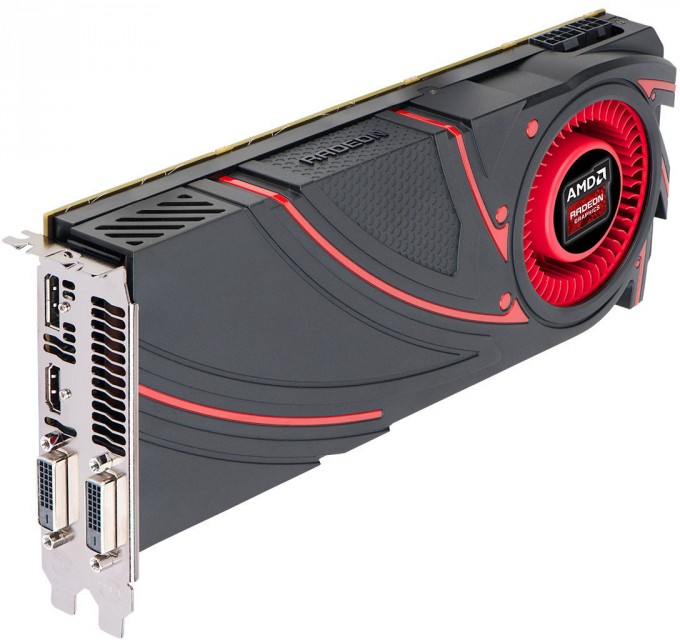 We’re behind on our R9 290X coverage and will likewise be a little behind on the R9 290 coverage (at this point we’ll end up taking a look at both at the same time). Due to a severe toothache that plagued me through the weekend that wasn’t remedied until just today, time hasn’t been on my side. What I’m trying to say is: I’ll get that article and also a look at NVIDIA’s GeForce GTX 780 Ti up as soon as possible. There is a lot of interesting stuff to discuss.

Whereas the R9 290X was a good value at its $550 pricepoint (in relation to the NVIDIA competition), the R9 290 looks to be an even better one. At $400, it costs less than the GTX 780, and in some cases, manages to surpass its performance. That’s astounding. AMD’s clearly being as aggressive as possible in this $400+ tier.

The R9 290 has about 9% less cores than the 290X, and is clocked at 50MHz lower – that’s all to be expected given the model names. What’s rather surprising though is the retention of 4GB of GDDR5, 1,250MHz memory speeds, and also the 512-bit memory bus. On paper, the R9 290X looks to have a fierce rival by none other than AMD itself.

Given NVIDIA’s immediate response to the R9 290X, one must wonder if another change isn’t in store thanks to this launch, as the 290 is a significant $100 less than the 780. What NVIDIA does have on its side at the moment is the fact that the 780 includes three blockbuster games (Batman: Arkham Origins, Assassin’s Creed IV: Black Flag, and Tom Clancy’s Splinter Cell: Blacklist), along with a $100 rebate off of a SHIELD. If purchasing a SHIELD, then NVIDIA’s value proposition beats out AMD’s rather handily.

The next week or so is going to be very interesting, because the R9 290 has caused some major shakeups at these pricepoints. Thanks to this, it might be wise to wait for everything to blow over before hauling out that credit card and making a purchase.