Lately, it feels like we’ve been blessed by the hardware Gods, because we’ve been running contests continually since January, and who knows… there might just be more en route. We just finished our birthday contest last week, and now we’re able to offer up yet another sweet gaming PC thanks to our friends at both Intel and iBUYPOWER. As usual, entering is easy.

If you think that entering contests is a waste of time, you shouldn’t! Of all the winners we’ve had in months past, not a single one actually expected to win. So like they say, “you never know”! And who could pass up an opportunity like this? Not only are we giving away a sweet gaming PC equipped with AMD’s sweet ATI Radeon HD 5870 graphics card, a Blu-ray Re-writer, and of course, an Intel SSD, it even comes packed with Intel’s latest and greatest processor, the Core i7-980X Extreme Edition.

For those not paying attention, that’s the model name for Intel’s first-launched Gulftown processor, the six-core wonder that tore up our charts in our review last month. Heck, if that in itself was the prize, then entering would be worthwhile, but here we’re giving away the full tower! So, get on it! As mentioned, entering is simple, and you can read the contest page to find proof of that.

If you are looking for an update to our birthday contest that just ended, I can say that I hope to have the winner to announce in the coming days. Unfortunately, choosing a winner isn’t as simple as picking one at random, because I need to go through carefully and make sure I ween out all of the cheaters (yes, it’s hard to believe, but there were indeed cheaters), and then pick from a legit list. For those who have ever thought about cheating… don’t! If you cheat, we will find out, so it’s not worth it! More soon, I promise! 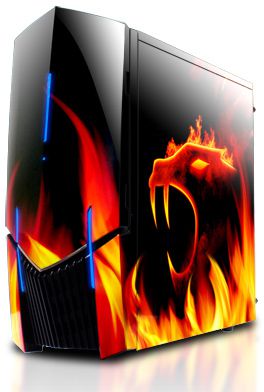 How is someone to get ahold of one of these beasts? Well as you’d imagine, the demand is sky-high at the moment, and all e-tailers seem to be fresh out. So, what better time than now to hold a contest where you not only get the processor, but an entire PC built around it? Thanks to our friends at Intel and iBUYPOWER, that contest idea is a reality.