As we discovered in our look at Intel’s 12th-gen Core processors last fall, the company proved that it knew how to handle the renewed competition it was facing from AMD. Ultimately, the Alder Lake chips impressed us a lot more than we were expecting, and while the added ‘E’ (efficiency) cores left us wondering about their usefulness, we had no more questions after seeing just how competitive the chips were – even if they did require more power than the competition.

Similar to how we didn’t truly expect NVIDIA to beat out its own RTX 3090 with an even faster model, we also didn’t really expect to see a new flagship 12th-gen offering from Intel which bumps clocks even further – from 5.2GHz on the 12900K, to 5.5GHz on the 12900KS. 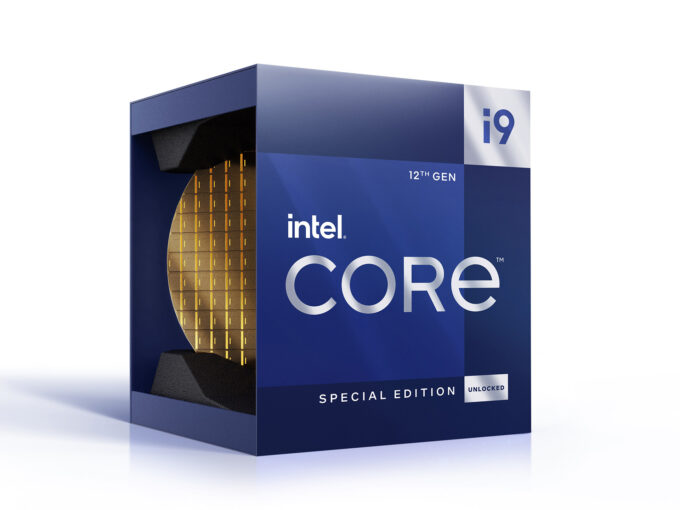 As with the previous top-end 12th-gen models, this new i9 12900KS sports both performance and efficiency cores, as well as integrated graphics – although we suspect very few people will purchase a top-end processor and not use much faster discrete graphics. As you can see in the table below, even the efficiency cores have seen a bit of a clock boost:

Despite the faster clock speeds, Intel specs the TDP rating the same on both the 12900KS and 12900K. At 241W, you’re really going to want to be using as high-end a cooling solution as you can. While dual-rad liquid cooling will suffice, you’ll likely achieve better performance with an even beefier setup. After all, these CPUs are not inexpensive, so you don’t want to leave any performance on the table.

It’s important to note that the table above lists just a handful of the models available in Intel’s 12th-gen lineup; there are many more which can be found at the Ark link above. Many of the other models focus on lower power consumption, which of course sacrifices clock speeds, but keeps most of the other specs the same (eg: cache). ‘F’ models forego the integrated graphics.

One thing the above table really highlights is just how overdue we are for another Core X-series update. We’re not entirely sure what Intel is planning, or if it considers the better focus for workstation users to be with the more modern Xeon W series (which seems fair enough).

We mentioned a comparison of the 12900KS to NVIDIA’s GeForce RTX 3090 Ti earlier, and like that new GPU, this new CPU commands a noticeable premium over the 12900K: reflecting a bump from $589 to $739. Is that premium worth it? It will be only to those who absolutely demand the best possible performance out of their new CPU. Fortunately, this new CPU doesn’t replace any other, so there are plenty of options for anyone building a new rig to explore.