Intel launched its 9th-gen Core i9-9900K in late 2018, so doesn’t it feel like we’re just about due for a replacement? Months ago, Intel delivered to market a 5GHz all-core Turbo Core i9-9900KS, but with the same number of cores as its predecessor, performance gains were pretty modest all-around. That did little to diminish a chip that still delivers top-tier gaming performance. 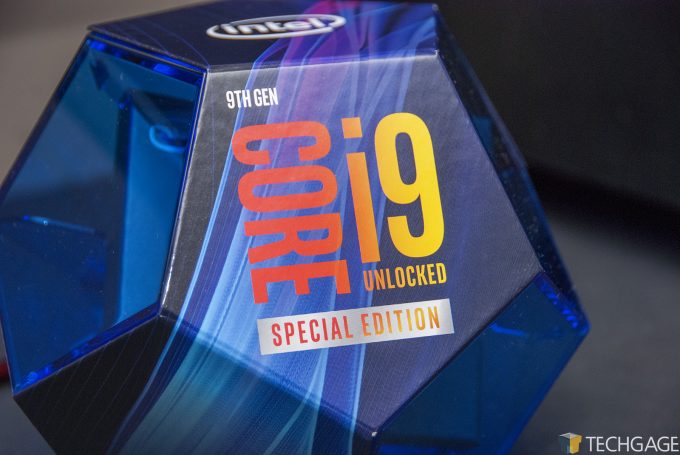 CES is upon us, and that means that the rumors are coming in fast. Intel hasn’t escaped the latest round of rumors, with sites like VideoCardz reporting on key details ahead of the event. As rumors, we’re of course not sure what’s actually true here, but very little stands out as being unreasonable. A lot of what we see as rumor is what we’d expect Intel to naturally launch next – but still. Let’s tread carefully.

If this table is to be believed, then Intel’s next top-end mainstream chip will be the Core i9-10900K, sporting 25% more cores. In leaked documents, performance gains (vs. 9900K) are seen to be between 2~30%. The upper part of that increase will largely be tied to workloads that can take advantage of many cores, with Cinebench R15 being used as an example of that, showcasing a 26% gain.

Whether or not this new lineup is going to help Intel steal more of its thunder back from AMD, we’re not sure, but as always, pricing can always dictate which way things will go. We’ll be at CES next week, attending Intel’s press conference, so we’re eager to see if an announcement will actually take place there.