Micron has issued some surprising news this week: it’s sticking a knife into one of the most iconic gaming memory brands on the planet: Crucial Ballistix. In some ways, this really does feel like a significant end to an era, as the Ballistix brand became well-established a couple of decades ago, quickly becoming sought after by those wanting to eke as much gaming performance out of their rigs as possible.

It’s not explicitly explained why the company has decided to pull the plug, but it assures us that it will continue to deliver non-gaming-focused Micron DDR5 memory for both client and server, and also continue developing storage solutions – including those super-fast NVMe options we see available for game consoles.

Micron’s Teresa Kelley had this to say:

The cancellation of Ballistix is bittersweet to us, as when Techgage launched in 2005, Micron was the first company to send us a memory kit to check out. In a good example of how far we’ve come, that first memory review to grace our website was of a 1GB kit, spec’d at DDR-400. The photos included in this post are of the company’s DDR2 “Tracer” memory, which had cool (and really bright) LEDs found at the top. 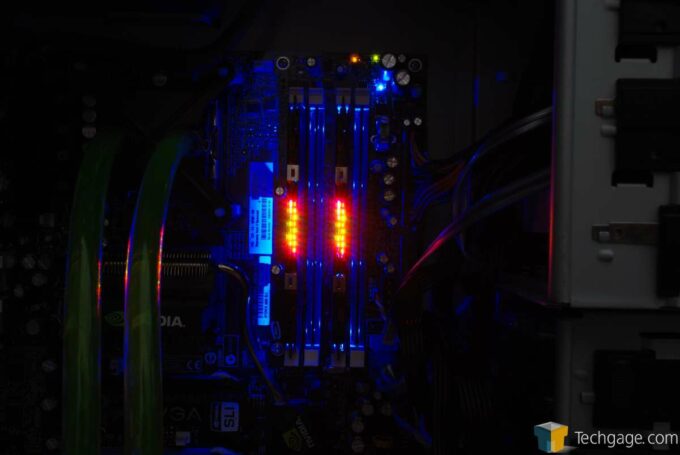 Admittedly, we had the most fun testing memory in those DDR1 and DDR2 days, as overclocking could make a notable improvement to various workloads, including gaming. We spent a countless amount of time overclocking these classic kits, trying to get timings as low as possible, while retaining full stability. Over the years, as memory became faster and faster, and most consumer workloads would rarely show a notable advantage with overclocking, we stopped officially reviewing memory right after the DDR3 era started. But, we still hold all of those earlier memories (no pun) dear.

Fortunately, while some may hate to see the Ballistix brand go away, it’s not as though there isn’t a massive selection available from many other vendors, like Corsair and G.SKILL. That is probably one of the reasons Micron found it easy to let go, especially as the company has huge demand in other areas.