NVIDIA unveiled its Omniverse platform at GTC in 2019, and since then, the company’s iterated on what it can do, bringing it closer and closer to an official launch. Following a beta cycle that lasted a few months, NVIDIA seems confident that its Omniverse platform is finally ready for the enterprise, and it already has big testimonials to prove it.

Without digging in yourself, Omniverse is a difficult beast to understand. Effectively, Omniverse is a top-level application that can implement extensions and connectors to expand functionality and tie in with your favorite design tools. With connectors to applications (eg: 3ds Max) engaged, you will be able to export scenes, models, lights, cameras, et cetera, to USD format, which then can be manipulated inside of an Omniverse application. 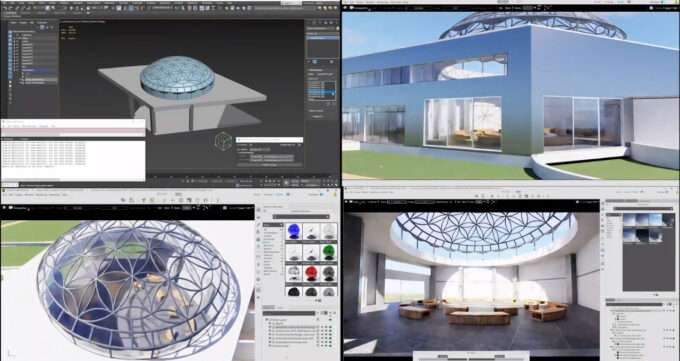 To take full advantage of Omniverse, the Nucleus server needs to be used, which will handle the actual collaboration part of the entire process. With a USD loaded into Omniverse View, for example, you would be able to see live updates that other people are making to the scene, provided that live updating is turned on.

To learn a lot more (quickly) about Omniverse, we’d encourage checking out NVIDIA’s Omniverse YouTube channel, which has many videos to help you get up to speed quickly.

This week’s announcement hovers around “Omniverse Enterprise”, which is effectively the Omniverse we’ve come to know, just under a different name. At this point, we’re not entirely sure if NVIDIA will be targeting regular end-users with these solutions, although they’d definitely prove useful even without the collaboration capabilities.

With this launch, NVIDIA says that multiple partners have already been using Omniverse to good effect. All supporting vendors are notable, but BMW Group has got to be near the top. It’s gone as far as recreating an entire factory inside of Omniverse that workers can train in, or architects can better optimize before changes are made to the real-world factory. 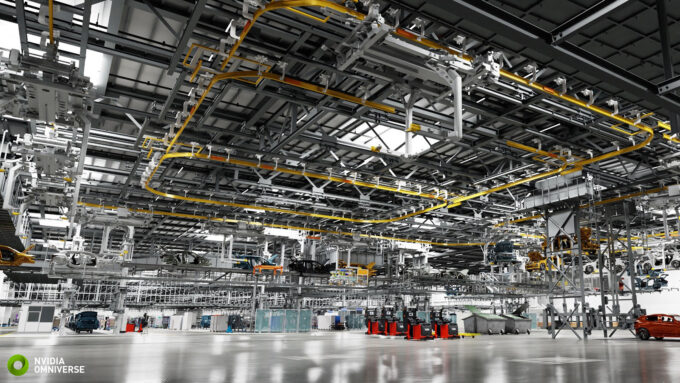 BMW factory of the future modeled inside of Omniverse

This isn’t a mere effort of capturing factory imaging and pumping it into a virtual environment. Everything inside of this environment is physically accurate, with NVIDIA’s Isaac acting as the brain for robots found within the environment.

In the video from Jensen Huang’s keynote seen a few paragraphs up, an example of use is seen where training inside of the virtual Omniverse factory proves that a tool cart should be made taller to put less strain on the worker. Effectively, any issue in real-life can be beat in advance with a platform like Omniverse.

Other design firms already onboard with Omniverse include ECMWF (which is mapping the globe with the help of 10,000 graphics cards), Foster + Partners, Industrial Light & Magic, WPP, Bentley, Activision, and Ericsson. Omniverse is not just for replicating a factory, but to build real products virtually, and even plan infrastructure and architecture.

Naturally, taking advantage of Omniverse requires good hardware, and that’s where some of NVIDIA’s newly-launched workstation GPUs come in. NVIDIA released a number of GPUs for the data center and end-user that can take full advantage of vGPU, to deliver strong performance even while remote.

Considering just how long we’ve been hearing about Omniverse, it’s great to see the product finally hit an official launch. We’re still not sure what this means for regular end-users, but time will tell.