You thought the GTX 1070 Ti would be the last card of the year from NVIDIA? Yeah, well, it wasn’t. Completely out of the blue comes an announcement for one of the most powerful graphics in the world, and it’s a real Titan. Behold, NVIDIA’s first (sort of) Volta-based graphics giant, the TITAN V. 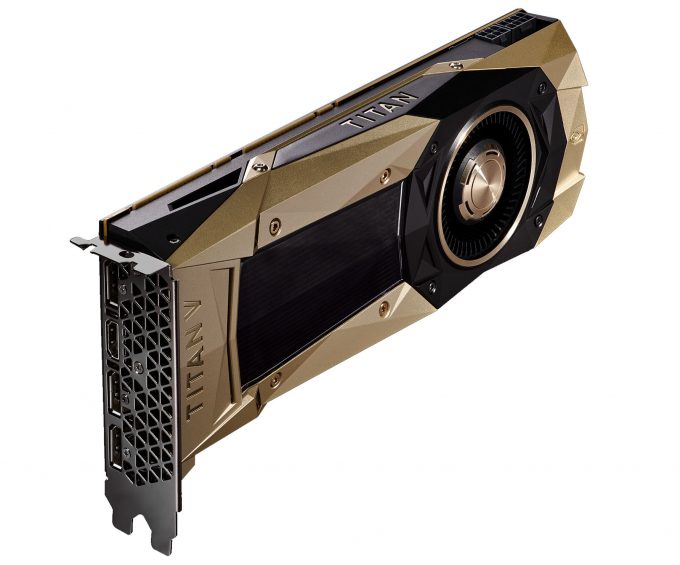 If you like absurd numbers, this is the card for you. While technically not the first Volta card from NVIDIA to hit the market, it is the first that will be commercially available, since the V100 is an enterprise card and very difficult to get a hold of (also comes with an eye-watering price to match). The TITAN V is the first consumer-ish graphics card from NVIDIA to sport HBM2 memory, which is the same as the V100, in fact, you’ll quickly find that the two cards are very similar.

We don’t have all the details just yet, but there is a striking resemblance with the V100, and it’s quite a different GPU that we would expect, given how previous TITAN GPUs have used the consumer GX102 GPUs instead of the workstation GX100 GPUs. So this does mean that the TITAN V is definitely more professional and compute orientated than gaming.

One key difference compared to the V100 is a reduction in VRAM, going from 16GB down to 12GB of HBM2. It’s important to look at this carefully, because this also reduces the total bit-rate and effective bandwidth available to the GPU. We don’t have any hard numbers yet on the FP32 and FP64 numbers, but we know that the Tensor core throughput has been affected somewhat, dropping from 120 TFLOPS down to 110 TFLOPS on the TITAN V.

What are Tensor cores you ask? That was previously covered in the original V100 launch, but the short of it is that they are highly specialized processing units that do very rapid math suited to AI and deep learning – hence why this is a compute card first and foremost, and not gaming.

We are still waiting on confirmation about specifics relating to performance, and critically, its FP64 performance, as this is traditionally reduced in TITAN cards to get people to use the Quadros (Update, FP64 is half FP32, so these are full FP64 cards). However, this may also be a new direction for NVIDIA, as it has thrown a lot of R&D at deep learning and AI, as we can attest to previous announcements at SIGGRAPH, GTC and CES. 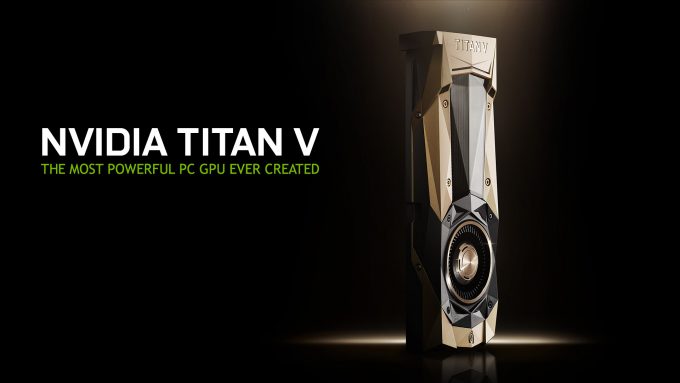 With that emphasis on AI, will it still game? Well, at a whopping $3000, this is no consumer friendly gaming card and cements the departure of the TITAN brand away from gaming (no more GTX branding, for example). Incidentally, it’s not the first $3000 TITAN either, the old TITAN Z takes that crown (which incidentally had more CUDA cores as well). That doesn’t mean it can’t game – with 33% more cores than the TITAN Xp, and faster memory, we’re pretty sure it could play Crysis, or just about any game at 4K.

It’s those Tensor cores, though, that will set it apart, and something researchers will be using to great effect. If Google’s attempts at world domination with Alpha Go and AlphaZero are anything to go by, NVIDIA’s TITAN V and Volta cards in general, are not about running games anymore, it’s about playing them – especially after NVIDIA announced G-Assist.