When I first wrote about Minecraft back in 2009, I claimed that with it, “The Blocky Sky’s the Limit”. Little did I realize at the time just how true that would turn out to be. It took barely another year before someone managed to build the Starship Enterprise from Star Trek, a truly gargantuan project at the time. Later, the addition of Redstone allowed players to create working objects, such as a calculator. Given the momentum and potential of the game, it was of no surprise why Microsoft was willing to snatch it up for a cool $2.5 billion last fall.

With the help of mods, Minecraft only continues to improve, and sometimes, those mods come from the most unlikely of sources. A great example is Verizon, which has, with the help of expert players, created what’s undoubtedly one of the coolest mods to date.

Being that Verizon is involved, it’s not hard to jump to conclusions that this is going to be phone-related, but I’m willing to bet that what’s actually possible here will impress you.

Popular Minecraft streamer SethBling highlights in the video above the process of building the phone and its prerequisites, as well as show off what can be done. First and foremost, a phone has to be built, which is a simple affair. For the phone to work, though, a cell tower has to be built. This is again an easy thing to do, although it takes much longer to build than the phone itself. 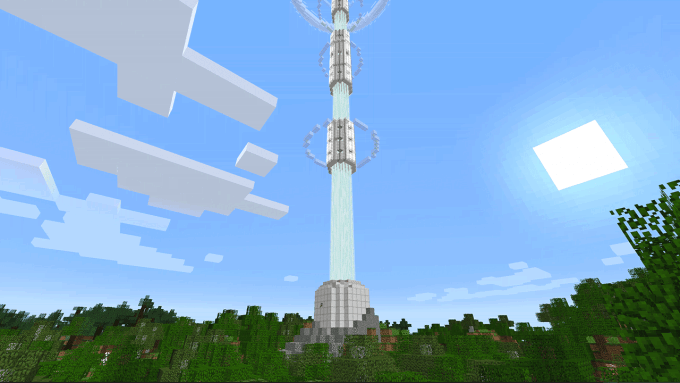 Once both objects are in place, the tower can be turned on, at which point the in-game phone will show a connection at the top. By hitting different buttons on this mammoth phone, different functions can be accessed. First, a Web browser is shown off, which is 100% functional. Given the super low overall resolution of the in-game phone itself, webpages are impossible to read, but they’ll be recognizable to an extent if you already know what the website looks like. 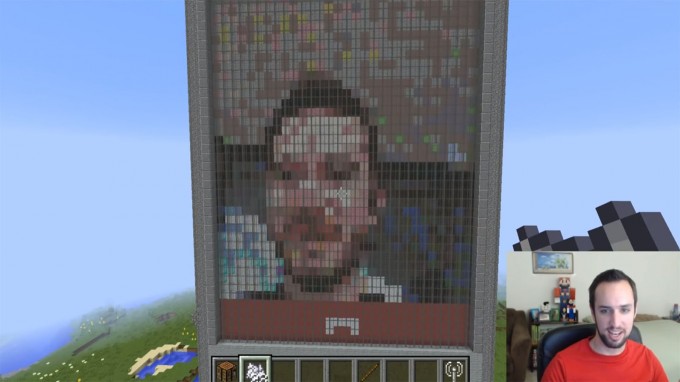 A second and even more impressive example shown is the ability to video chat with someone. As you can see in the shot above, the face of one of SethBling’s friends appears on the phone and looks quite good given its resolution. Making this feature even cooler is the fact that the person you’re calling will see you represented as your Minecraft character, real-time, in-game.

Verizon didn’t stop there. It even lets you haul out a selfie stick that lets you take a snapshot and send it to a friend.

At the end of the day, this really is just a big advertisement for Verizon, but just imagine if all advertising was this creative. If you want to learn even more, you can check out this GitHub page.