I posted an in-depth look at AMD’s Radeon ProRender renderer last week, and in that article, I mentioned that the workstation side of Radeon has been on fire as of late. New ProRender versions are coming out left and right, and in August, we were even greeted to a brand-new Radeon Pro GPU: the WX 8200.

Nonetheless, the WX 8200 offers a lot for its price-point in the workstation market. It’s capped at 8GB memory, which might throw some off, but it’s at least ECC (error correction), which is not something we see at the $1,000 price-point often (or ever?). With 3,584 Vega cores under-the-hood, the WX 8200 is no slouch when it comes to raw performance, either for compute, or gaming.

The only cards in AMD’s Radeon Pro lineup to beat out the WX 8200 in performance would be the WX 9100 and SSG. Both of those cards have 4,096 cores, and a full 16GB of memory. The SSG is special in that it has 2TB of SSD storage on the card itself (four drives in RAID 0), allowing the GPU to get even closer to the project cache (eg: with Adobe Premiere Pro), in effect removing a middleman in the transfer.

The WX 8200 is a great all-around card thanks to its $999 price-point and the amount of performance it offers. It’s not going to beat out the competition in all tests, but it performs extremely well in a few tests. For comparison’s sake, the performance results here also include the Vega 64, so we can easily see which tests benefit from RPro performance optimizations, and which don’t.

I remember when the WX 9100 launched at $2,199, but here we are, with the same card being sold regularly for around $1,399. Even before looking at the results, I’d have to wager that if I were choosing to go with a WX 8200, I’d think long and hard about whether or not I’d ever want more than 8GB of memory, and the extra performance. You don’t gain an enormous amount by stepping up to the WX 9100, but it’s what I’d consider the more future-proofed card.

On the following pages, the results of our WS GPU test gauntlet will be seen. The tests chosen cover a wide-range of scenarios, from rendering to compute, and includes the use of both synthetic benchmarks and tests with real-world applications from the likes of Adobe and Autodesk.

14 GPUs are being tested for this article, although because we had a second TITAN Xp on-hand, dual-GPU results will also appear throughout. If the dual-GPU configuration isn’t found in a chart, it means there was no performance scaling whatsoever across the multiple cards. 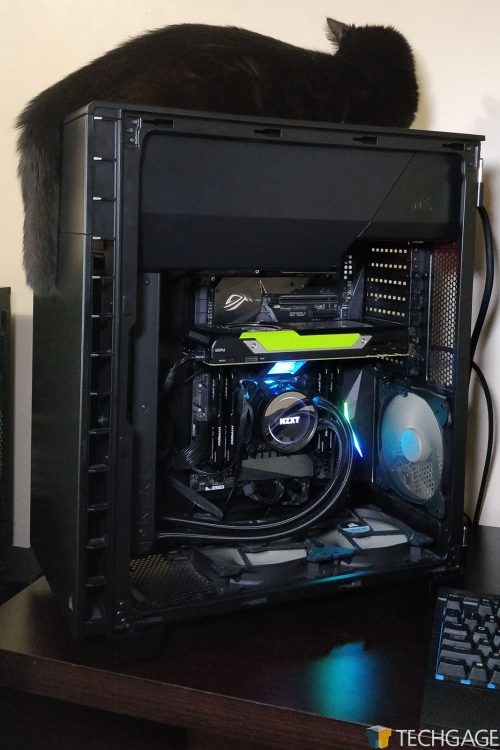 On page 3, a few renderers are taken care of. These include the popular open-source design suite Blender, as well as LuxMark, and Radeon ProRender. ProRender is being tested with the help of 3ds Max, a suite that normally handles Redshift and V-Ray as well – but alas, neither work (or work well) on AMD graphics cards.

Page 4 is home to viewport performance, covered with the help of SPEC and its SPECviewperf suite, as well as Cadalyst, and its namesake AutoCAD test. In total, 9 test results are featured here, covering important design suites like CATIA, SolidWorks, Siemens NX, Creo, as well as Autodesk’s 3ds Max and Maya.

Finally, page 5 is home to a couple of gaming tests (more for sanity checks, since gaming isn’t going to be a huge focus here), as well as final thoughts.