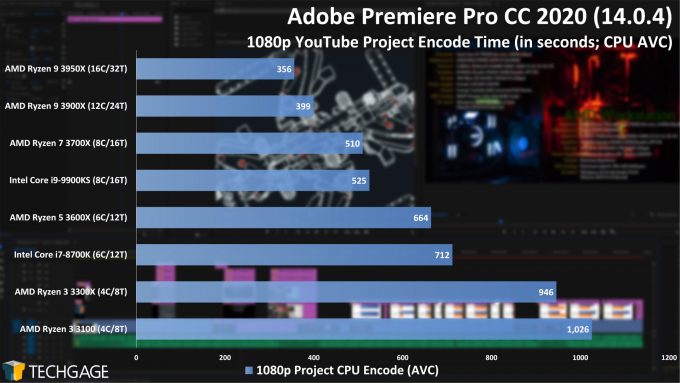 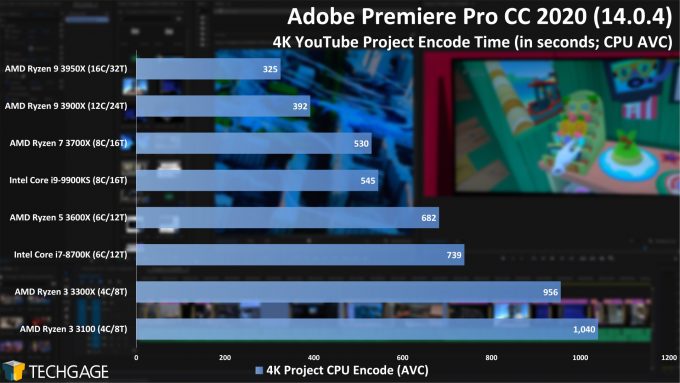 It might look like we’re off to a rough start considering both the 3100 and 3300X are sitting at the end of the chart, but, that’s to be expected when they are effectively the lowest-end of this particular lineup. What we can glean from these first results is that neither of these new Ryzen 3s perform poorly, and in fact, they seem to scale well against the six-core chips. It’s worth remembering that these Ryzen 3s are $99 and $119. Intel’s six-core i7-8700K released for around $349 in late 2017. 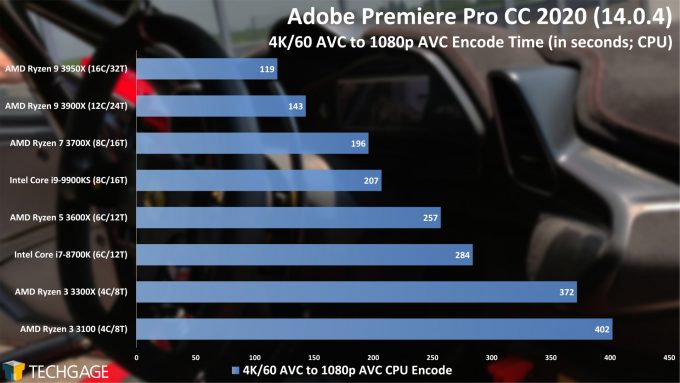 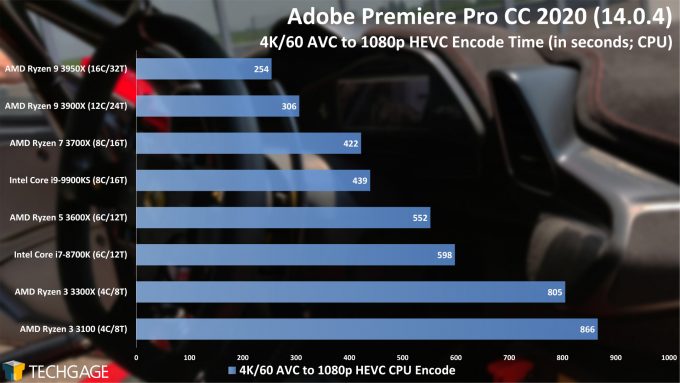 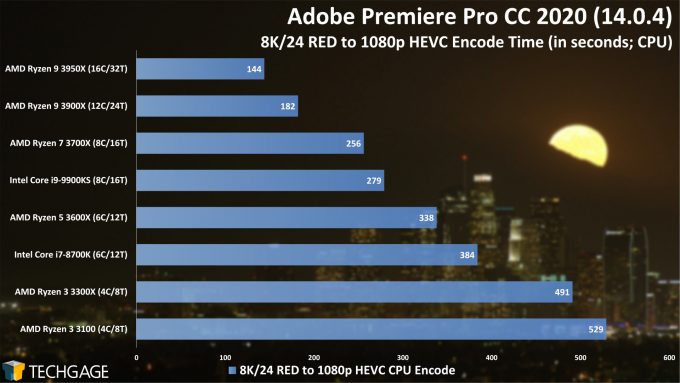 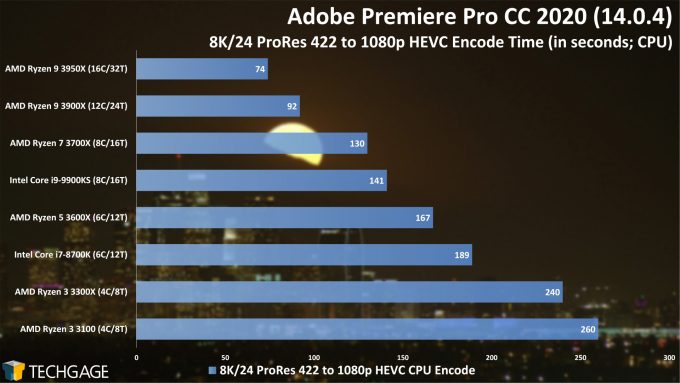 We’re once again seeing good scaling out of these Ryzen 3 chips, although we were hoping for some of Zen 2’s architectural enhancements to catch them up a bit more to the likes of the 8700K. That will be happening later with our Lightroom results, so don’t miss it. 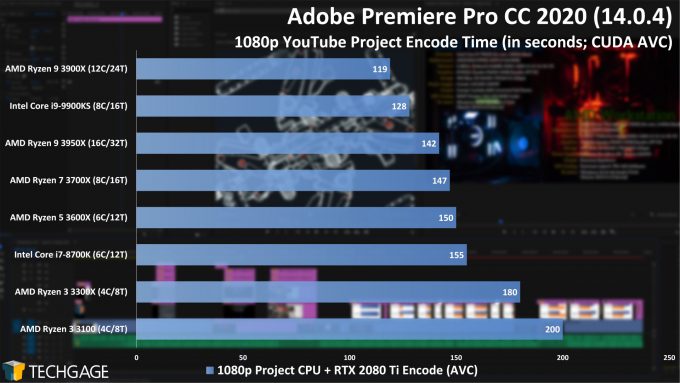 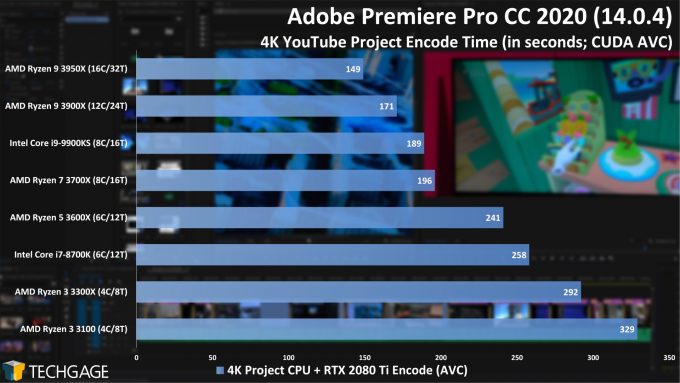 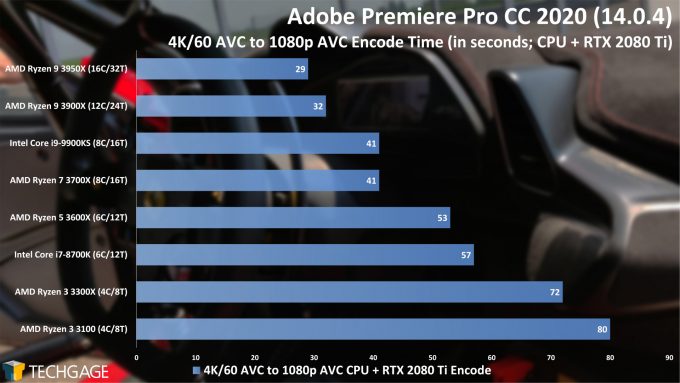 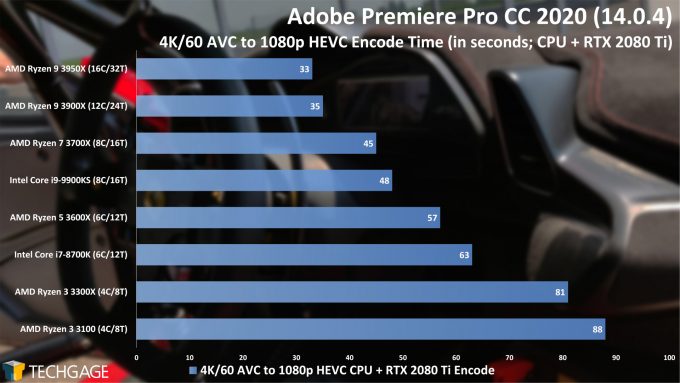 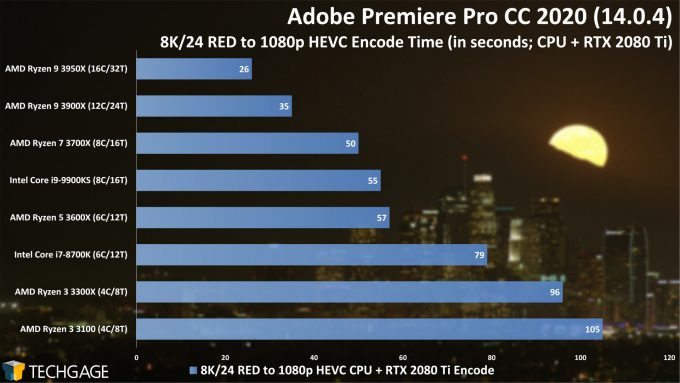 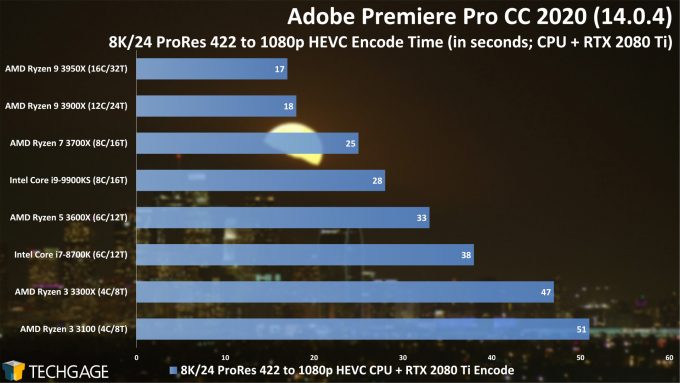 There could be merit to using only the CPU for encoding, but while that was once de facto, the performance improvements a GPU can bring can make a huge difference. What took the Ryzen 3 3100 1,026 seconds to encode dropped to 200 seconds once a GPU was added in.

Since this testing was completed, Premiere Pro 14.2 released with some huge GPU performance improvements. You can get a detailed look at those in this dedicated article. 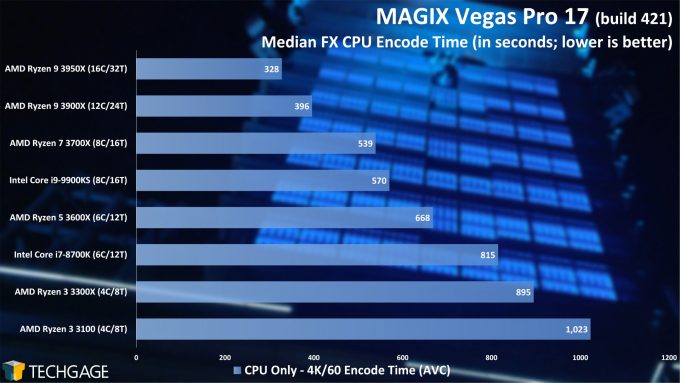 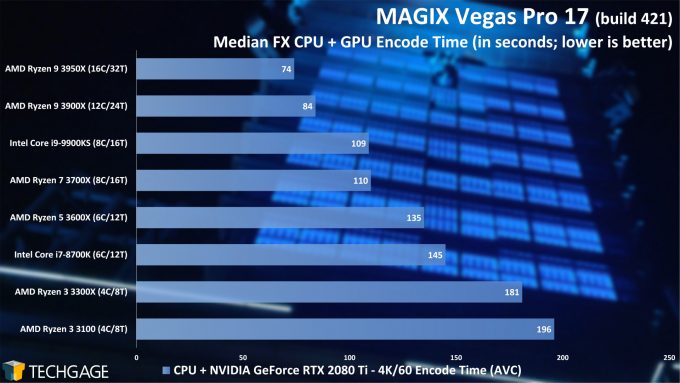 MAGIX’s Vegas loves AMD GPUs, and given what Zen 2 brings us, it’s no surprise that it also happens to like AMD CPUs. Again, we’re seeing the 3300X and 3100 lag behind the rest of the pack, but being the lowest-end in the stack, we expect that. What’s impressive is the amount of value these meager ~$100 chips offer.

For a current look at GPU performance in Vegas, you can check out our recent review of AMD’s Radeon Pro W5500. 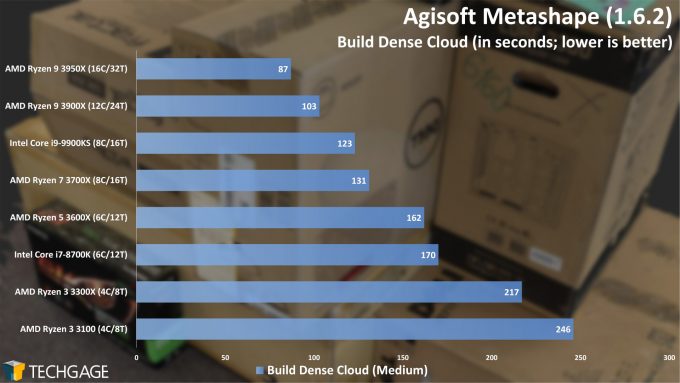 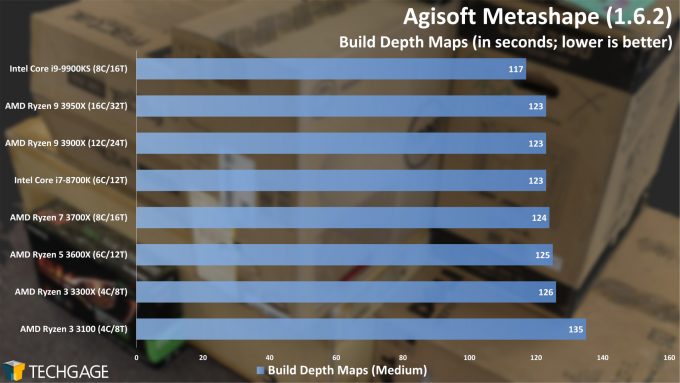 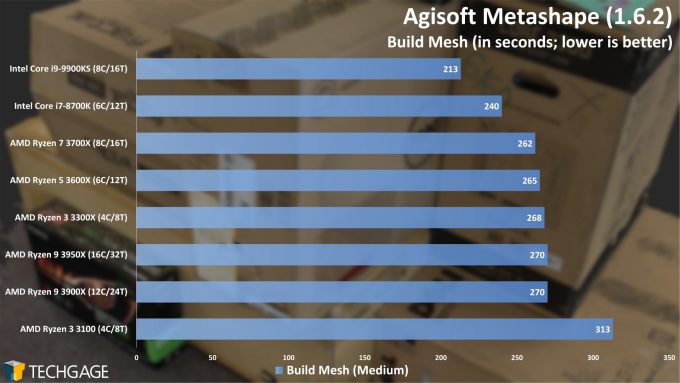 Yet again, both of these Ryzen 3s perform in accordance to our expectations. The Build Mesh operation is particularly sporadic, which sees a massive chip like the 12-core 3900X land at the bottom. There really is no such thing as a perfect photogrammetry CPU – performance can shake up based on the test, and all of them are required for the finished product.