We caught up with AGEIA at DigitalLife to see what’s new and were surprised to see that some big announcements have been made, including inclusion of their PhysX PPU in Dell’s latest XPS M1730 notebooks. We also take UT3 and Warmonger for a spin and give our thoughts.

It’s been no secret that we’ve been interested in what AGEIA has been doing for a while, so whenever we are able to catch up with them at a trade show, we jump right on it. Although I wasn’t expecting much new from them at DigitalLife, I was quite wrong, as they had quite a few notable press releases, all of which we will touch up on in this quick article.

Easily one of the more important releases from the show is that Dell will be shipping all of their brand new XPS M1730 models with their PhysX mobile card included. This includes the absolute base model as well, so if you choose to purchase one of these notebooks, you will have those capabilities right out of the box. As mentioned in our part one look at the show floor, each copy of the M1730 will include a version of Ghost Recon: Advanced Warfighter 2, which includes a PhysX-only level.

This announcement, to me, is one of the best things to ever happen to AGEIA. Dell is not a small player in the notebook market, and they also do not make quick decisions with their line-ups. For them to include a PhysX PPU in each one of their M1730’s shows that they are confident that their customers will find it as a useful addition. With a current lack of content, it might be difficult to agree, but some good things are on the horizon.

There are two things to note about the new mobile chip. First is the fact that it is not a power-hog, only requiring 10W. This means that it will not adversely affect battery-life to a noticeable degree, nor will add extra heat to the inside of the chassis. The second thing to note is that the mobile version has the exact same capabilities as what’s available on the PC desktop side. 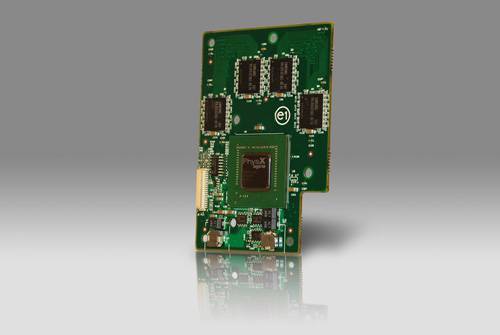 “Does Dell have exclusive rights to the mobile processor?” is a question you might be asking, and yes they do at this point in time. We were not given a date of when this exclusivity will run out, but I am doubtful that it will end between now and the next six months. Dell specifically modified their M1730’s motherboard to accept the PhysX’s proprietary connector, which is not something that all notebook companies will jump at the opportunity to do right away.

One area where AGEIA has always struggled has been with games that put the PhysX to good use. We first interviewed AGEIA way back in the summer of 2005, and since then, it’s been a long haul to try to convince gamers and developers alike that they should have AGEIA’s PPU in their gaming rigs. The biggest offering to date has been CellFactor, released this past May. That game had mixed reactions throughout the media. The most common complaint was the general lack of content, which is hard to ignore if you need to pick up a PhysX card to play it.

As we first learned at CES this past January, NetDevil, creators of the now defunct Auto Assault, were working on a brand-new “killer-app” for use with the PhysX card called Warmonger. I admit, when I saw initial preview images, my interest was piqued. At first glance, the game may remind you a bit of CellFactor, but the true focus is on destruction which goes beyond the normal box-pushing or cloth-tearing. Through-out the five levels of Warmonger, you will be able to blast individual tiles off of walls, blow new openings in walls, create peep-holes in large pillars and much more. 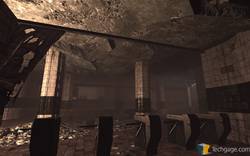 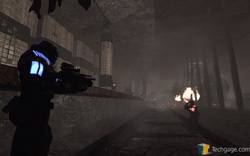 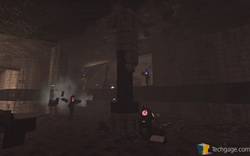 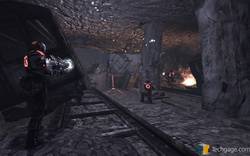 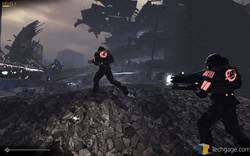 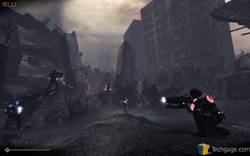 Although the game has a definite focus on destruction, support to blow holes in every wall has been taken out primarily for the fact that it didn’t make much sense to include from a gameplay standpoint. If holes are blown in walls throughout a level, no one is going to know where to go. That, and I’m sure creating massive levels to handle such a large amount of destruction is out of reach for a free game offering.

After a quick three-minute game session, I do have to say that I foresee a fun gameplay experience. The ability to blast holes through pillars and other things to create hiding spots and peeping-holes adds to the strategy. Because of the physics capabilities, many different opportunities can arise, overall making your play more realistic. The best news is that the game will be completely free, so if you already have a PhysX card or one of the new Dell XPS M1730’s, you are already set to play when the game is released in mid-October.

Although Warmonger seemed impressive, I was more interested to see AGEIA’s Unreal Tournament III mods, as I’ve been a big fan of the series since the beginning. Two different PhysX levels will be included in mod-form once the full game is released, and each will require the PPU to play. Tornado is the level we were shown and it was fairly impressive. 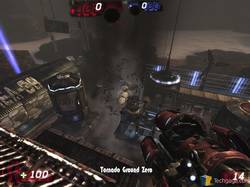 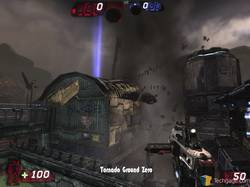 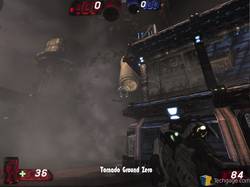 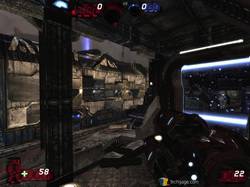 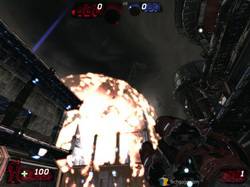 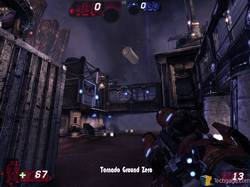 As the name suggests, there is a constant tornado that rolls around the level and it has the ability to a) suck you up and b) kill you with flying debris. In our demonstration, the player got too close to the tornado and wound up dying by a large concrete pipe that was thrown around. Because the dead body was just lying on the ground, the tornado ended up scooping it up along it’s path.

Other notable gameplay features included blasting holes in walls to get to where you need to be, huge piles of debris from explosions and also roofs that bend when shot.

AGEIA had a much better showing at DigitalLife than what I was expecting, primarily due to the Dell announcement. Their PhysX is also featured in other PC’s as well though, including HP’s Blackbird 002. With inclusions like these and UT3 and Warmonger right around the corner, PhysX adoption may begin to pick up. PhysX has been and still will be a hard sell until a truly killer-app comes along, but from what I saw today, AGEIA is still headed in the right direction.