To see which board can boot into Windows the fastest, we take advantage of our Acronis restore image, and once all of the drivers are installed and the PC is rebooted at least twice, we get down to testing. To do that, we leave the PC turned off for at least a minute, and with stopwatches in hand, begin recording the time as soon as the power button is pressed. We record both the total time it takes to reach a usable Windows desktop and also the time it takes to go from the Windows logo to usable desktop. 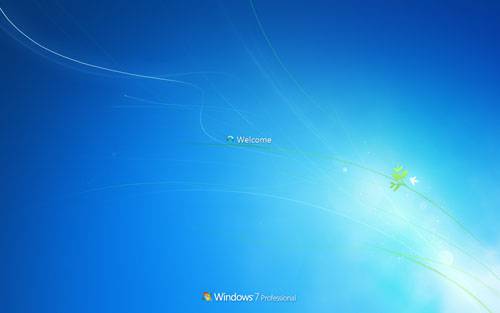 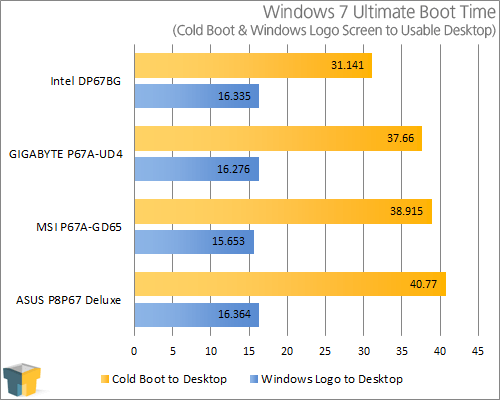 Thanks to the fact that the DP67BG isn’t filled to the brim with additional chipsets, Intel becomes a clear winner here. On the opposite end of the spectrum, ASUS’ feature-packed P8P67 places last. Across the three non-Intel boards, the delta is a mere three seconds.

PCMark Vantage runs a total of eight “suites” that aim to stress all of the important hardware found inside of a PC, with the motherboard playing an integral role in overall performance. After all, if a motherboard isn’t as efficient as it claims, then that should be visible in our results. The most important score to be found here is with the overall “PCMark Suite” score, and for that reason we split those results into a separate graph. 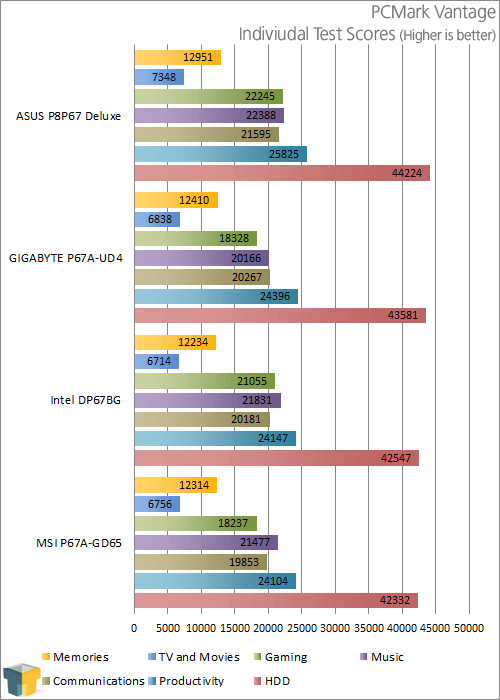 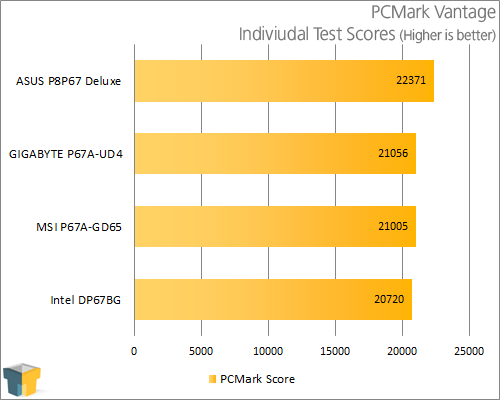 Overall, ASUS’ board comes out on top, thanks to its Auto Rule feature that boosts the CPU to 3.80GHz. The other boards show little variation, though Intel’s DP67BG does fall a bit behind both the GIGABYTE and MSI.