Game benchmarks stand to see the least amount of gain in comparison to our other tests, but they’re necessary for the sake of introducing GPU performance into the mix. Also, while we benchmark hands-on for our graphics card content, we opt for synthetic testing here, as we’re utilizing the same components across each motherboard.

First up is the ever-popular 3DMark benchmark, which we run using both the “Performance” (1280×720) and “Extreme” (1920×1080) profiles. A major benefit of this benchmark is that it stresses not only the GPU, but the CPU as well, thanks to its heavy-duty physics tests. 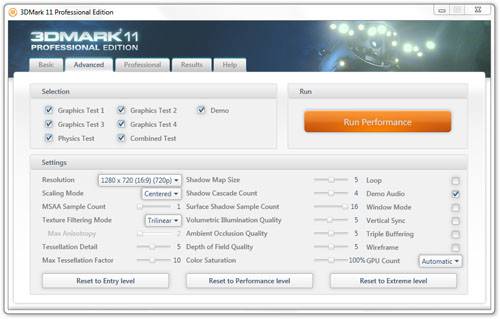 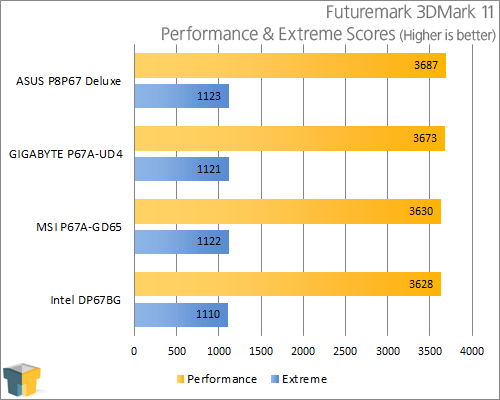 Despite the CPU speed boost on the ASUS board, it doesn’t pull too far ahead as the main focus here is on the GPU. Overall, I’d say all four boards perform the same.

Real-time and turn-based strategy games tend to be the most stressful on both the GPU and CPU, and Civilization V does well to live up to that stereotype. The game is so stressful on a PC, in fact, that the developers included built-in benchmarks that are meant to test a PC in a worst-case scenario sort of way. For our testing here, we use what’s referred to as a “Units” benchmark, which as you can see by the screenshot below, is rather complex.

This benchmark doesn’t spit out an average FPS rating, but rather an overall score (which we believe are accumulated frames but we’re not certain). Because the game and this benchmark do stress the CPU quite a bit, it makes for a great overall motherboard benchmark. The “No Render” result refers to just the performance from the CPU, while the “Full Render” is CPU+GPU. 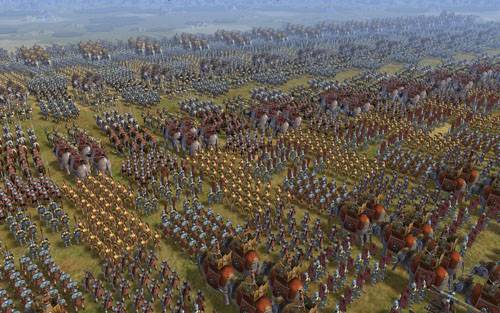 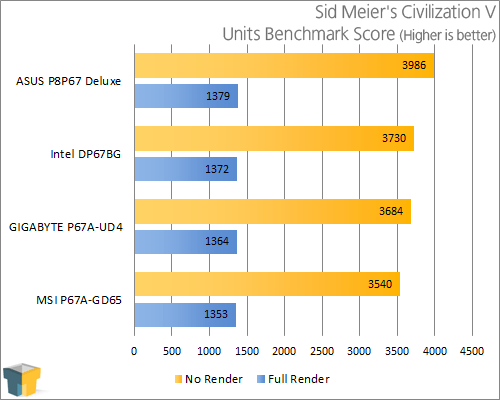 Thanks again to the CPU speed boost the ASUS board has in place, the No Render test performed in its favor. When things were combined, though, all four boards performed just the same. It is rather interesting that MSI’s board performed behind the GIGABYTE and Intel, however.

For as long as Valve’s Source engine has existed, its performance has scaled well with CPU clock speeds, and for that reason we used to use Half-Life 2 in both our CPU and motherboard tests. With Left 4 Dead 2, CPU scaling is no longer the case, with a variance of a 1GHz CPU clock speed unable to change our average FPS results at all. Thanks to this, Left 4 Dead 2 is an ideal benchmark for our motherboard testing, since we can see if there is an issue with the GPU performance by singling it out directly. 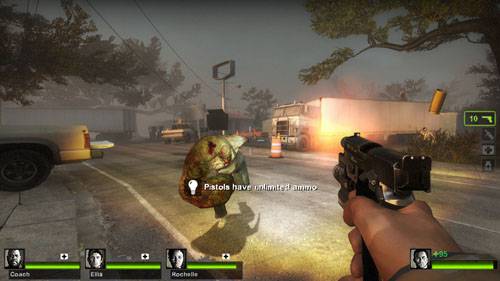 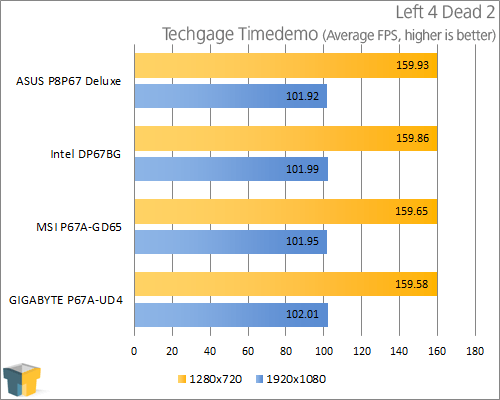 As we’d hope, there is no variance whatsoever across any of the boards tested – a great thing.