Thanks to the fact that we can see our environment diminish in front of our eyes due to our global habits, being “green” has become a priority of many like never before. Thankfully, companies have also jumped on the bandwagon by developing the most power-efficient products possible, to help us reduce our overall footprint – and save money to boot.

Because the CPU is the biggest power draw in a PC for most people, we single that out in our testing. If a board has a poor power design, it could end up drawing more power than needed, and likewise, if a board has an excellent power design, it could offset the extra power draw of additional components. It is important to note, however, that while one board might draw more power than another, it shouldn’t be considered a bad thing if it’s filled to the brim with features. If a board has little in way of features but draws the same amount of power as a beefier model, that’d be reason for alarm.

To test for power consumption, the computer is first boot up and left to sit at idle for five minutes at the Windows desktop, at which point the current wattage is recorded if stable. To test for full CPU load, LinX is run with ~7000MB memory usage for a total of five minutes. During the run, the highest point the wattage reaches on the meter is captured and becomes our “Max Load”. 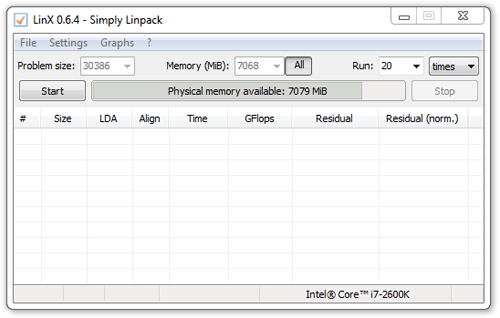 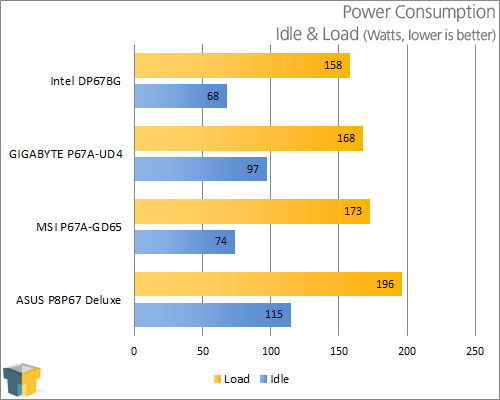 Being as feature-rich as it is, it’s no surprise to see ASUS draw more power than the others, and for the opposite reason, it’s expected to see Intel draw the least amount of power. Interestingly, though GIGABYTE’s board draws a little less power at full load, it draws a lot more than the Intel and MSI at idle.