The EFI found on the P67A-GD65 is quite a bit different than the one we saw on ASUS’ board, which is not a bad thing. It proves that some companies will try different things, and that’s to be commended. Though, there is the potential problem that one implementation just isn’t that great, and where that’s concerned, I can state that ASUS has the advantage here.

Similar in design to GIGABYTE’s faux-EFI “TouchBIOS”, MSI’s EFI kicks off with a simple welcome page, with five large buttons that can be clicked for quick access to various areas. This includes a power section, utilities, overclocking, games (with the help of an included DVD) and also settings.

Most sections, once entered, act like a normal BIOS, though the presentation isn’t quite as clean and simple as the EFI on ASUS’ board. Though, it’s far from being poor, either, and is in fact a major step up from the typical BIOS. Due to its design, however, there will be more steps required to take care of something, and it will take a little getting used to, but I still prefer it over a regular BIOS.

MSI has stated that while its initial EFI implementation is good, there are big plans for the future, and we can expect that the EFI shipping with Intel’s next-generation chipset (post-Z68) will look nothing like this one. 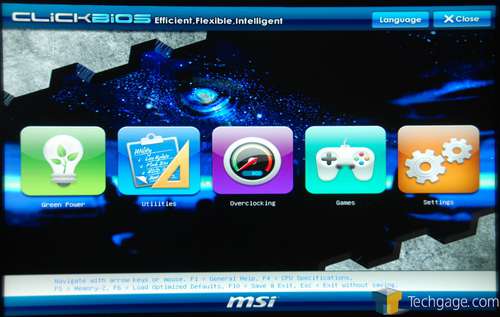 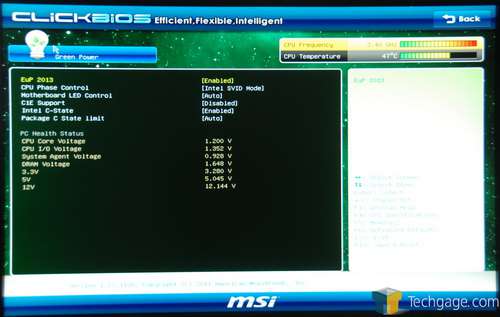 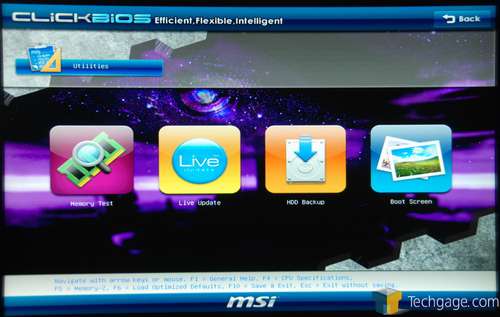 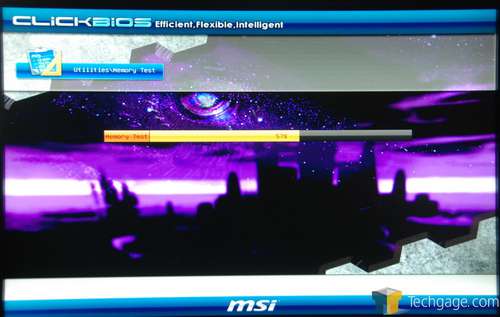 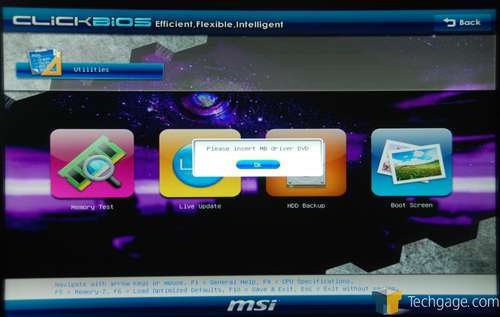 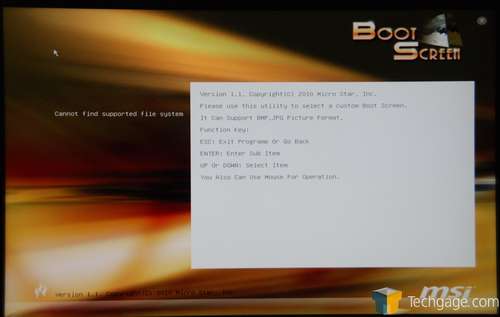 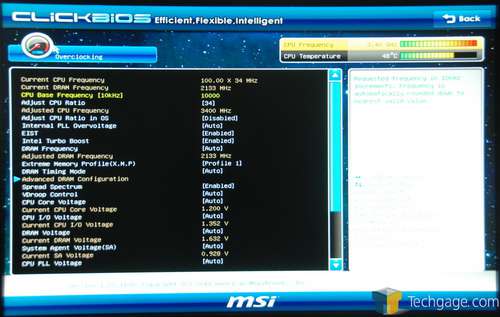 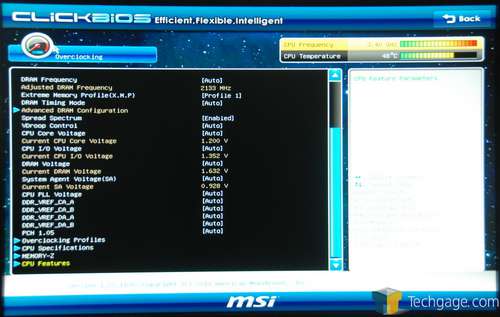 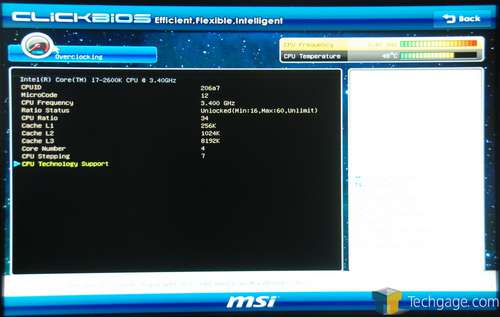 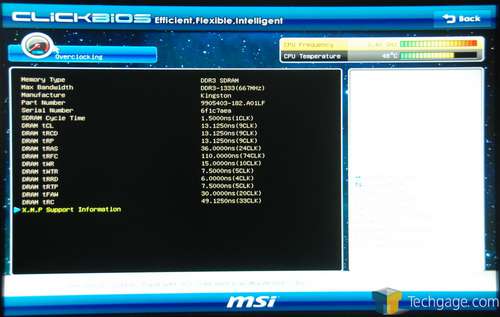 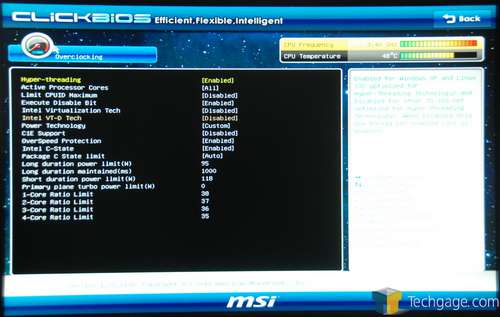 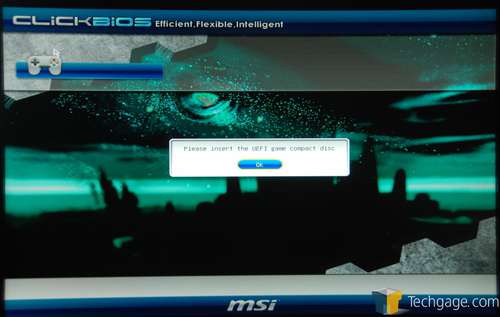 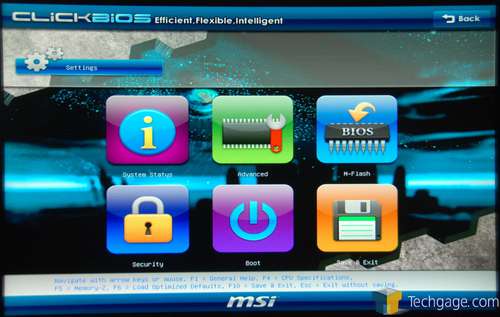 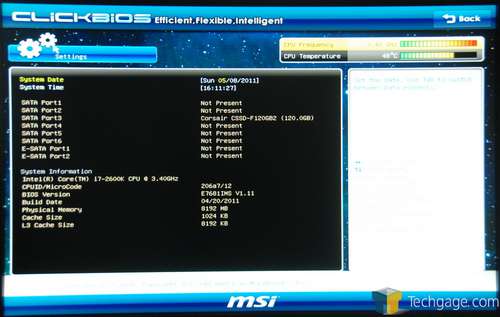 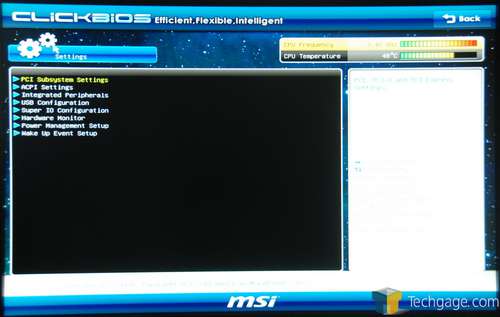 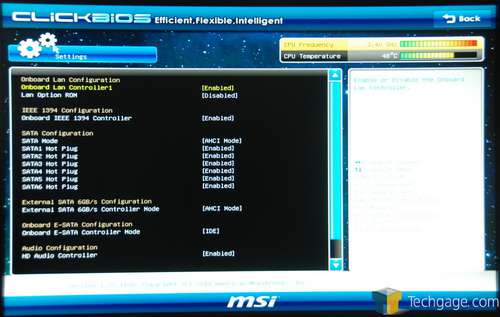 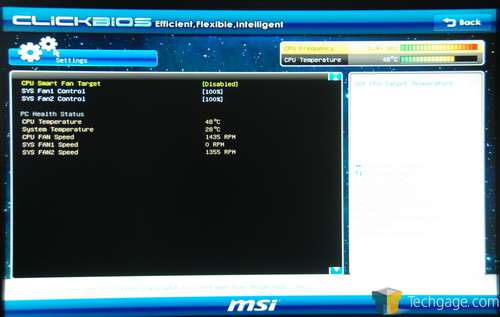 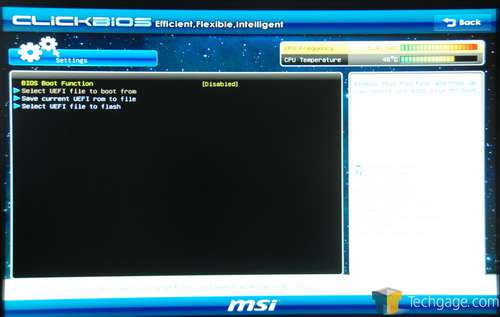 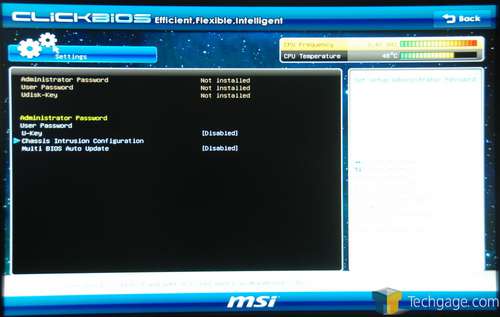 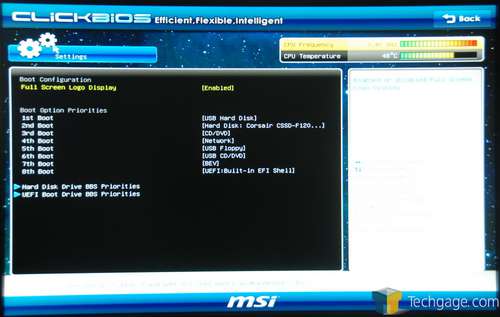