The terms “wireless” and “gaming mouse” are rarely juxtaposed, and for good reason: Gamers never want to be caught in a situation where their mice batteries die while in the heat of battle. In this regard, Logitech claims its newest wireless gaming mouse, the G602, is a game-changer. Fortunately, it sent us one to see if we agree.

By now we should be fairly familiar with the Logitech Gaming Software (LGS). We’ve seen it before in our reviews of the G100s, G500s, and G430. Just the same, we’ll have a quick run-through of the LGS as it’s used with the G602.

Before we do, though, I discovered that older versions of the LGS don’t detect the G602 at all. Installing the newest version available on Logitech’s website got me off and running. 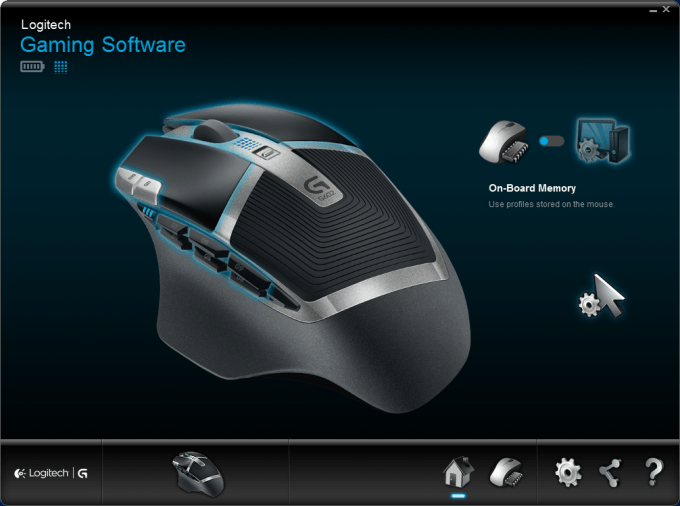 This is the LGS’ main screen. From here you can toggle the mouse’s onboard profile memory manager on and off (when off, profile settings data is stored on the host machine). Clicking on the GUI’s representation of the G602’s buttons allows you to customize their functionality. 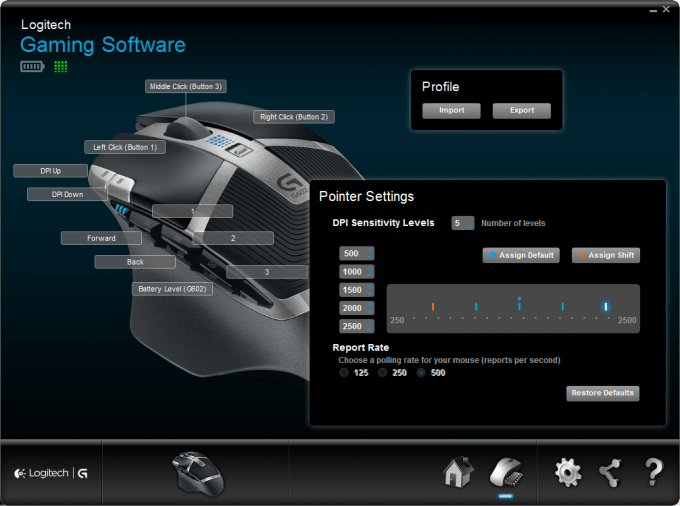 You can also access button customizations by clicking on the Gear+Arrow icon or the Mouse+Chip icon on the bottom of the GUI. In addition, you can customize functions such as the Number of DPI levels, DPI Sensitivity levels, and the G602’s Polling Report Rate. Once you’re done customizing your mouse, you can save your settings to an assigned profile (either on the mouse itself or on to the host machine). 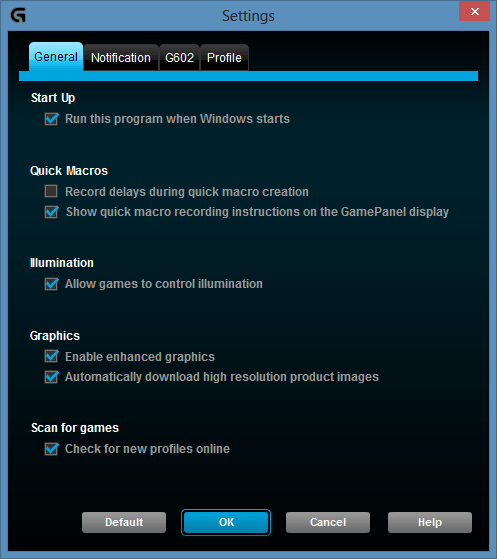 Clicking the gear icon accesses Settings. Under General you can toggle various general mouse behavior functions as shown in the photo. I left these at default. 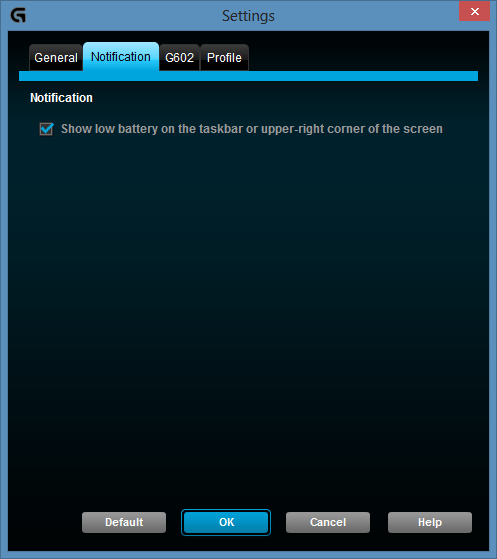 Notification is specifically for battery power level. If it gets too low, the LGS will flash a warning onscreen. 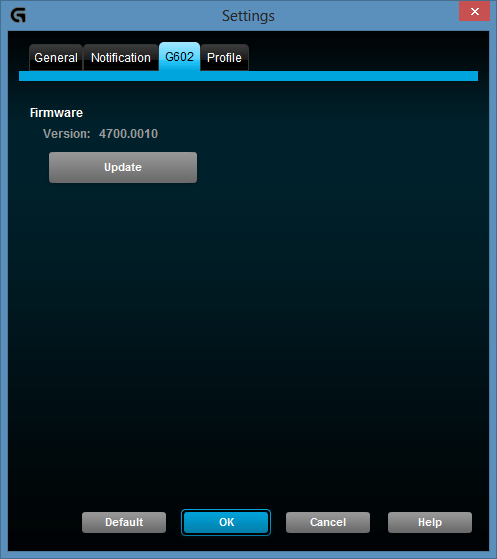 The G602 section displays the current firmware version installed on the mouse, as well as a button to update it as necessary. 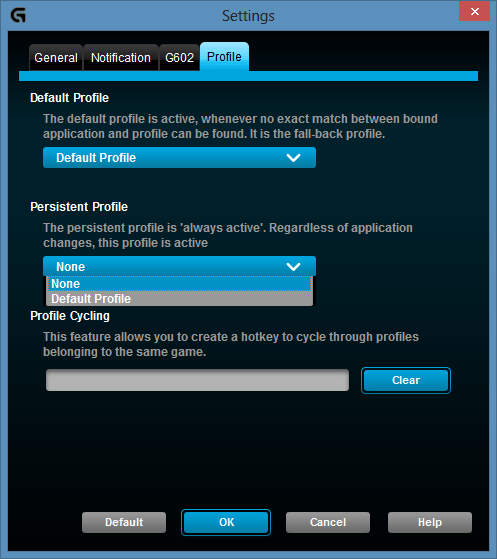 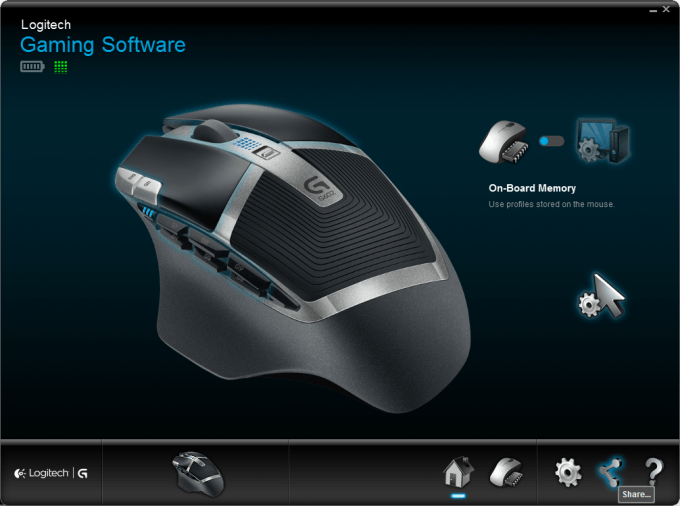 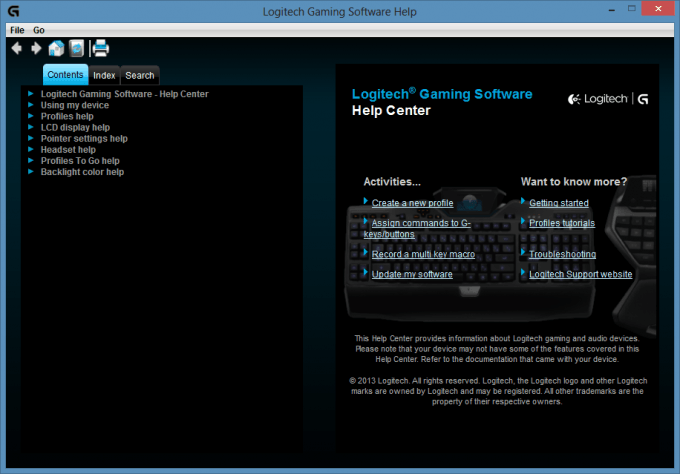 Hitting the ? accesses the LGS’ Help Section. This is where you go if you need information regarding the LGS or your G602.

Of course, the G602 will still work even without installing the LGS. I actually used the mouse at work for a couple of days on my office PC. The office PC runs Windows XP Professional; I mention this because the LGS cannot be installed on XP. Vista is the oldest supported Windows OS. Consequently, I wasn’t able to use the LGS to customize the G602’s buttons or settings. However, it still worked fine on generic Windows USB drivers, albeit without the use of any of the thumb buttons. The upshot, then, is that you need to install the LGS to get the most out of your G602.

Let’s move on to some concluding thoughts.