by Nate Marion on September 4, 2007 in Peripherals

Saitek might not be the first name to come to mind when contemplating a gaming mouse purchase, but after taking a look at their 1600DPI and 3200DPI offerings, the message is clear: Saitek has the capability to be a real threat to the better known competition. These mice are not perfect, but we are on the right track.

Saitek is currently one of the biggest names in PC peripherals world-wide. Everything from joysticks, steering wheels, game pads, mice, web-cams and more. If you can plug it into your PC, there’s a good chance Saitek has been making it since 1993.

Most of you probably know Saitek from the Eclipse and Eclipse II keyboards that have been extremely popular amongst gamers and PC enthusiasts, or from their extensive line of game pads and joysticks.

Today we’re going to test drive two of Saitek’s gaming mice, the low end 1600DPI and high end 3200DPI models, which together cover a lot of ground in terms of features and prices. Those of you not eager to pay the price of the new Logitech G9 may appreciate some of the features you get with the 3200DPI laser mouse, and the 1600DPI mouse has some impressive driver functionality that anyone can appreciate.

We’ll start off with the lower end model, the Saitek 1600DPI Gaming Mouse.

Don’t let the packaging fool you â€“ the box might seem tame, but there is more here than you might guess at first glance. 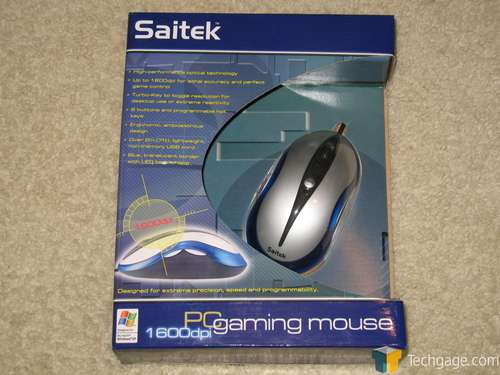 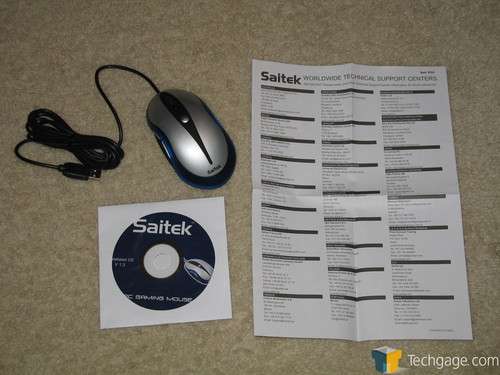 The package contains the mouse, driver CD and a list of Saitek’s support centers across the world.

The mouse is comfortable to hold, light and easy to slide around. There are two LEDs inside the mouse, one at the base under your palm which is always on, and one underneath the center button in the top that lights up when the 1600DPI setting is enabled.

Another LED located up near your fingers might’ve given the light the better wrap-around effect, but the 1600DPI light does the job and there’s not much reason to have the mouse set to 800DPI instead of 1600DPI. 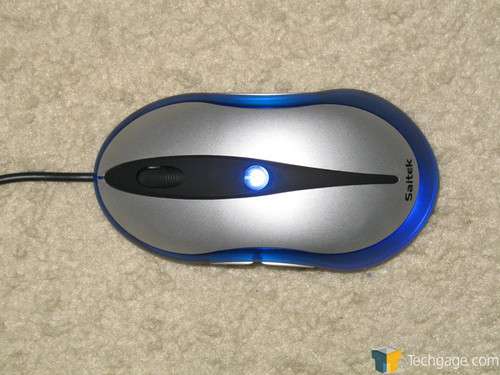 The shape of the mouse certainly isn’t breaking any new ground, but it is light and comfortable to use for both right and left-handed people. It was never uncomfortable to hold or maneuver during gaming, browsing, reviewing, etc. The finish is plain, un-cushioned plastic, but it gets the job done and doesn’t make my hand sweat. 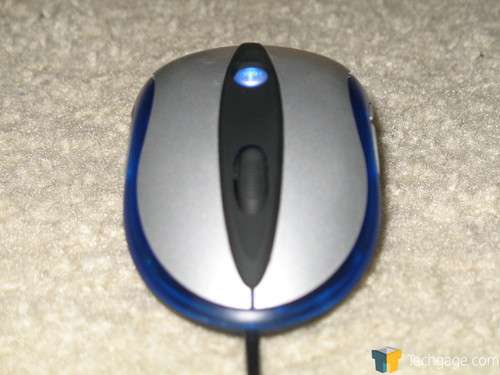 The mouse wheel is pretty basic, but is easy to rotate and offers a comfortable amount of resistance. 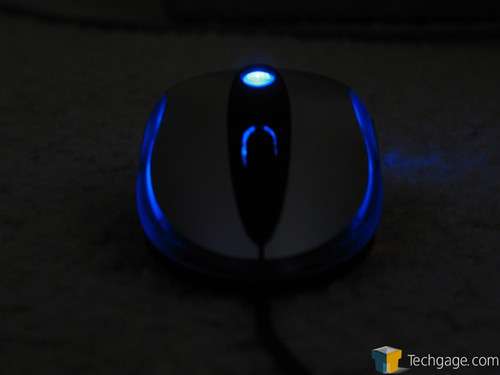 The lights look pretty spiff, but one thing that might annoy some users is that the always-on LED in the base flashes whenever the mouse is moving. 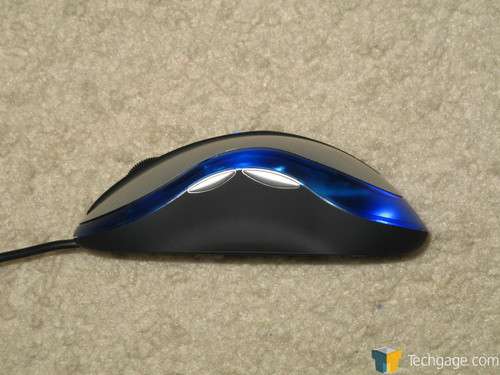 There are two thumb buttons on the left side, and I would like to point out that for my large hands, these thumb buttons are placed very well â€“ I am able to press both of them easily from my natural position. This will of course vary from user to user. 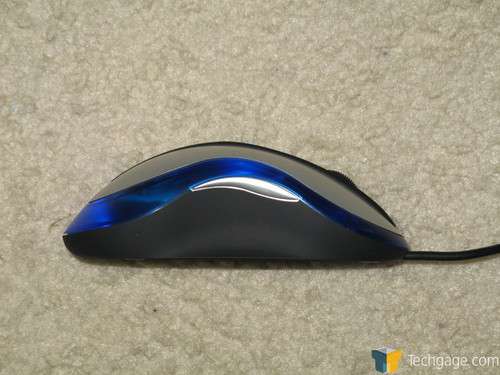 There is also a side button on the right side, which I find very hard to use unless holding the mouse left-handed. For lefties, this button is very well placed. 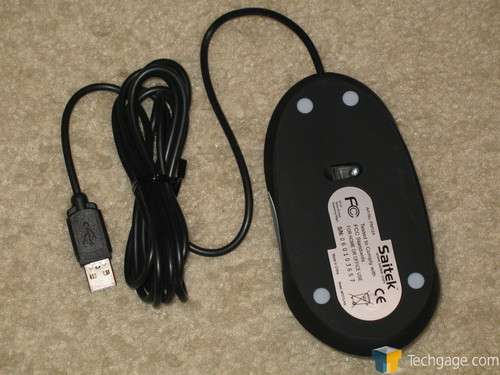 The four feet may be small, but they get the job done admirably. This mouse was extremely easy to slide around on both an Icemat and a Ratpadz GS.