Thermaltake’s Level 10 product line has always been as much about style and design as it has been about innovation and function. Until now, one piece of the puzzle has been missing: audio. That changes with the Level 10M gaming headset, designed for gamers and those on-the-go. Let’s find out if it’s deserving of that Level 10 name.

In 2009, Thermaltake announced a design partnership with BMW DesignWorksUSA, and made some serious waves with the release of the ultra high-end Level 10 modular case shortly after. This unique full-tower, priced at around $800 US, was as awe-inspiring as it was wallet shattering. Since then, this partnership has resulted in the more affordable Level 10 GT and GTS cases, the Level 10M wired and wireless gaming mice, and now the Level 10M gaming headset.

Continuing with the same unique design concepts as the aforementioned cases and mice, the styling of the Level 10M headset might be too over-the-top for some, but there’s no denying that it’s eye-catching. With looks being only part of the equation, let’s dive in and see if it can also satisfy those who want some function with their fashion.

Before we start, let’s cover the basics. The Level 10M is a stereo, over-the-ear headset aimed at computer users, who also want to take it on the go. Available in “iron” white, or “blazing” red, the exterior of both cups of our “diamond” black review sample are coated with a soft touch material, similar to what is used on many popular mice. 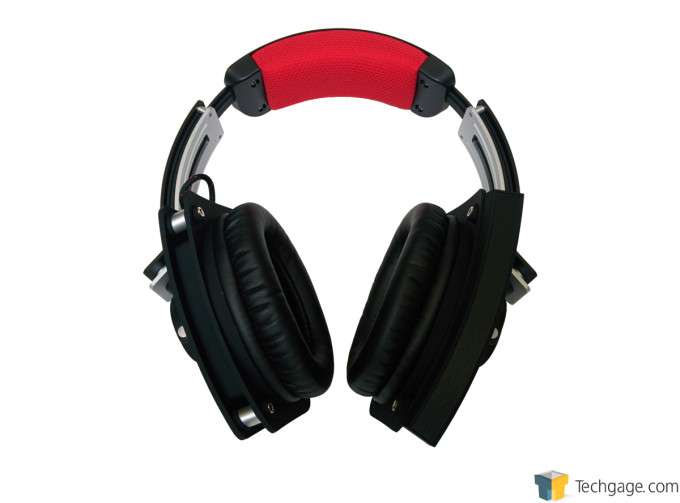 The first feature to jump out is the robust system used to connect the cups to the headband. Instead of the usual plastic bits and pieces, the Level 10M uses a two-part aluminum bracket on each side that connects to a plastic swivel to allow a degree of horizontal motion, and the swivel connects to the sides of the shiny Tt eSPORTs logo to allow for some vertical movement. The red accent, small silver nub, and holes along the bottom provide some additional style. 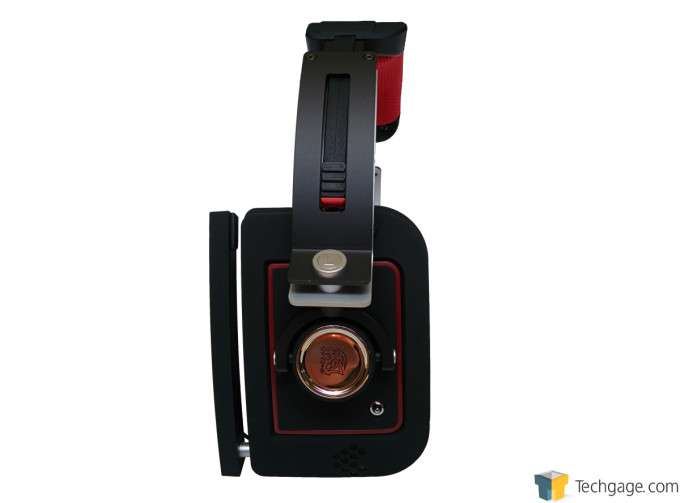 Along the front edge of the left cup is the fold-down, noise-cancelling microphone, which can also be adjusted towards or away from the mouth to a degree. The upper arm of the mic, which is silver in color and looks like the aluminum, is in fact plastic, as are the accents in each corner of the cups. The mic cannot be detached, so it was designed to blend in as much as possible when folded up and not in use. 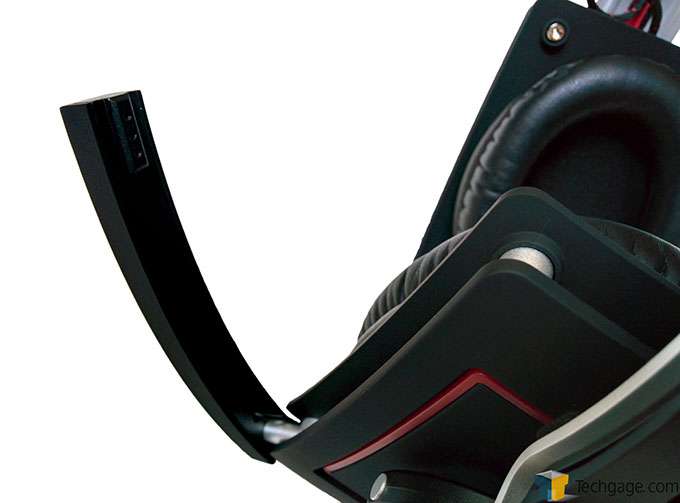 On each cup, the underside of the Tt eSPORTs logo hides the mini USB connection for the cable. This allows the user to have the cable on whichever side works best for them. 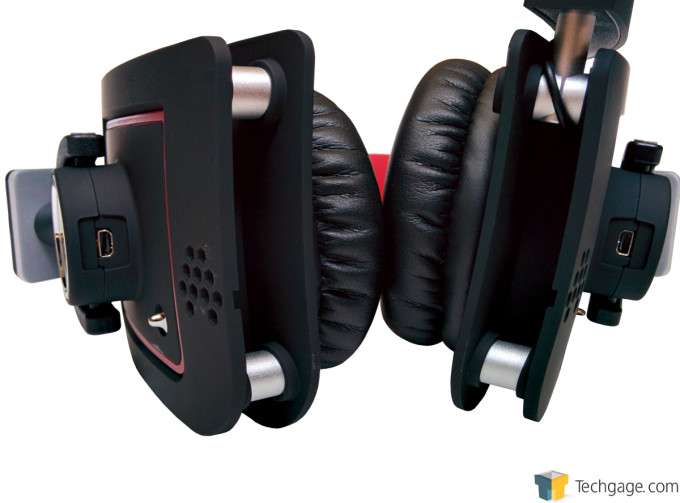 The interior of each cup has super-soft foam, wrapped in faux leather, which wraps around the ear. Beneath the inner foam padding lies a 40mm neodymium driver. Also worth noting is the fact that the wire that runs through the headband and down into the cup has been given the braided treatment. This makes it more durable, while matching the audio cables. 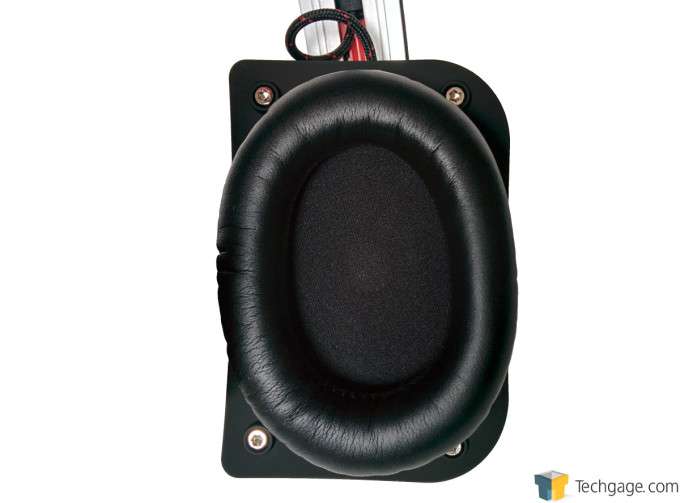 Moving back up to the headband, adjustments can be made by pulling down on the cups. There is a small amount of notched resistance that should hold everything in place, but for those who have found the sweet sizing spot, there’s also a small red tab on each side that locks the sizing mechanism in place. 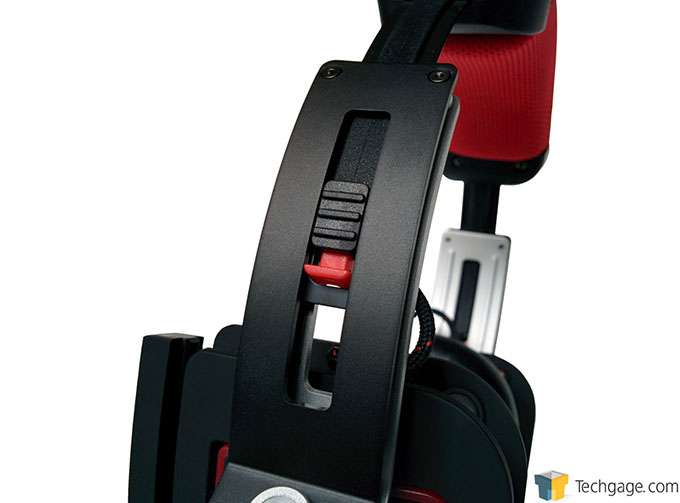 The top of the headband features more super-soft foam wrapped in a soft, red cloth, while the outside of the headband has more of the soft touch coating, and the Tt eSPORTs branding. Sandwiched in between these is a thin aluminum band used by the sizing mechanism, which gives the headset more strength and stability. 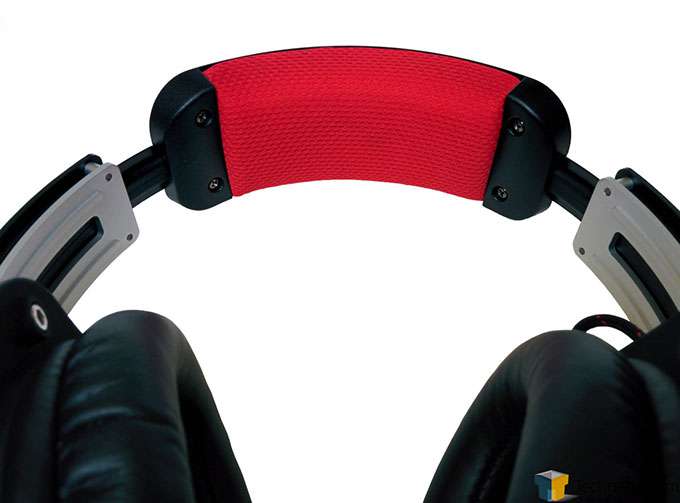 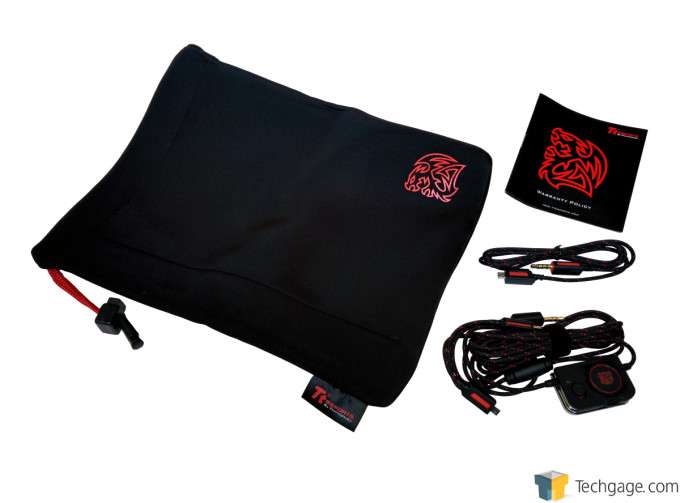 The longer cable designed for use with a computer starts with the mini USB connection, then has the in-line controls about a foot down. These controls are simply made up of a volume wheel and a mute switch to cut off the mic. The top side of this small control box has more of the soft touch coating, while the back is chrome-like plastic. Towards the other end, the cable splits into separate 3.5mm headphone and microphone connections. The shorter cable for use with mobile devices does away with the controls, and microphone connection. 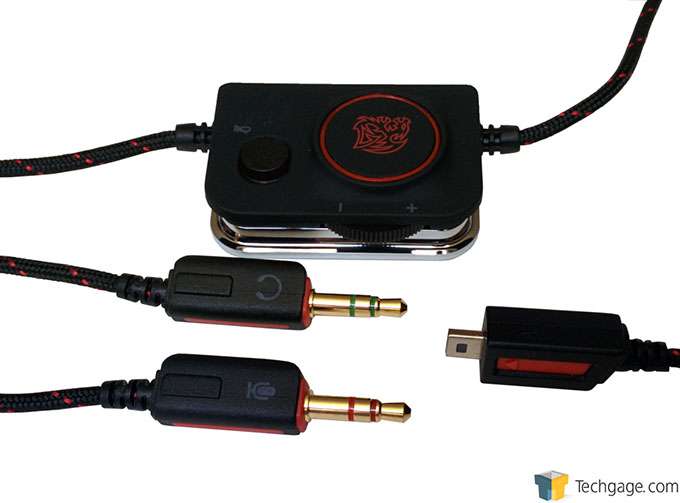 Since the Level 10M is a stereo headset, there’s no pesky software to worry about, which means we can get down to the nitty gritty and see how it performs in a variety of situations.