Considering the fact that it’s only April, it’s impressive how much movement there’s been in the CPU market lately. That’s especially true for the high-end and business crowd. AMD and Intel both ushered in their latest server platforms, with EPYC’s Milan, and Xeon Scalable’s Ice Lake. AMD also released other PRO variants, with Threadripper PRO for personal builders, and Ryzen PRO for business notebooks. Most recently, Intel’s 11th-gen Core series restored some balance, targeted at desktop users, and gamers.

Now, AMD wants its name back on top of the Most Recent list, and accomplishes that with the release of new Ryzen 5000 G-series APUs (CPUs with built-in Radeon graphics). This launch comes just ten months after the launch of the 4000 series equivalents, which introduced Zen 2 to the APU lineup. Naturally, this new 5000 G-series brings Zen 3 to the table, with all of its improvements. 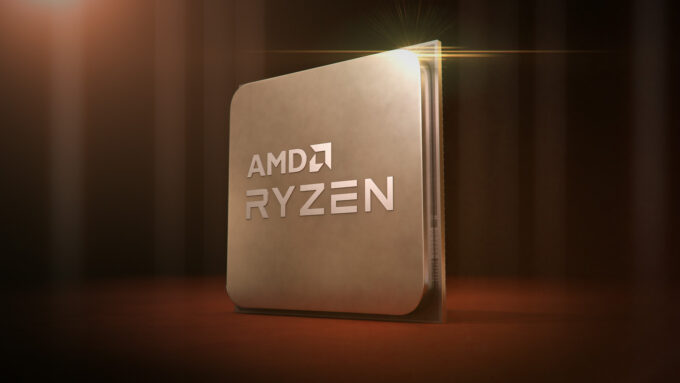 As with the Ryzen 4000 G-series, AMD has brought six models to the 5000 G-series launch. In fact, if you compare both series in the table below, you might be amused as to how little is changed between the previous- and current-gen. Where the new chips really stand out is with their bumped caches, as well as 100MHz or 200MHz boosts to clock speeds.

Overall, the biggest gain these 5000 G-series chips have is the upgrade to Zen 3, which as we’ve seen from our many previous benchmarks, offers a great improvement over Zen 2 for daily use and gaming. Like the 4000 G-series, this new one also supports DDR4-3200 speeds in a dual-channel configuration. The same number of graphics CUs are seen in each respective model, gen-over-gen.

Ever since Zen came to be, the APU series has been an attractive one to those looking to build small form-factor rigs, and with these new Zen 3-infused chips, we’re sure some wouldn’t mind picking one up just to have an IGP to use until a discrete GPU becomes available. Well, that could be possible if not for the fact that just like the previous-gen series, 5000 G-series chips are going to be exclusive to OEMs for now. Great for OEMs, not so much for personal builders. Hopefully we’ll see the chips trickle out to the DIY market later this year, providing chip shortages ease up.