Earlier this week, Intel announced that it would be launching its top-end Arc A770 graphics card on October 12, and today, the company reveals more about its plans, specs for the entire lineup, and how it’s sweetening the deal to make the Arc 7 look even more alluring. Some of the information in this post might seem familiar, but it’s the most detailed Intel has released so far. 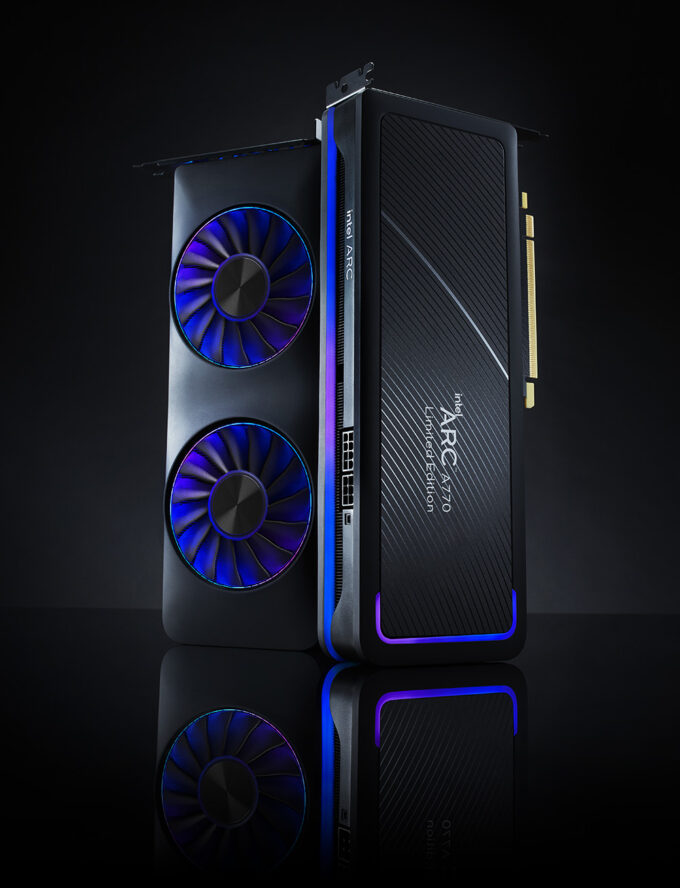 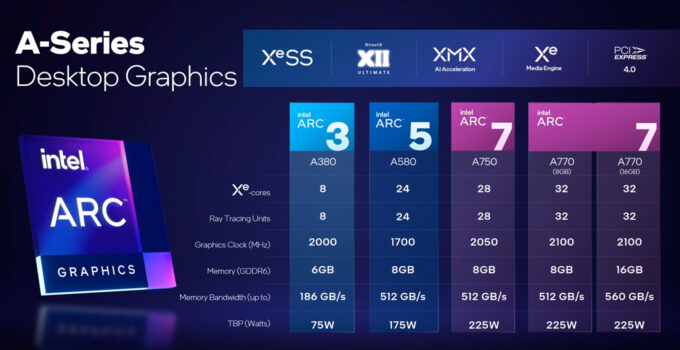 We posted a deep-dive on creator performance with the Arc A380 yesterday, and in it, we mentioned that we were confused about the lack of an Arc 5 model listed on the Arc product page – yet a mysterious A310 was found. The roles have reversed in the slide above – the A310 is nowhere to be seen, but Arc 5 has appeared.

When Intel’s CEO Pat Gelsinger announced the Arc A770 for $329 on Tuesday, it was implied that it was the starting price. As it turns out, the $329 pricing applies to the 8GB version of the card. For $20 more, you can upgrade to the 16GB model. In addition to the density bump, the memory bandwidth also improves a little bit.

We’re still unsure exactly which vendors will be offering their own Arc GPUs after this upcoming launch, but Intel itself is going to be selling Limited Edition models for both the A770 16GB and A750 8GB: 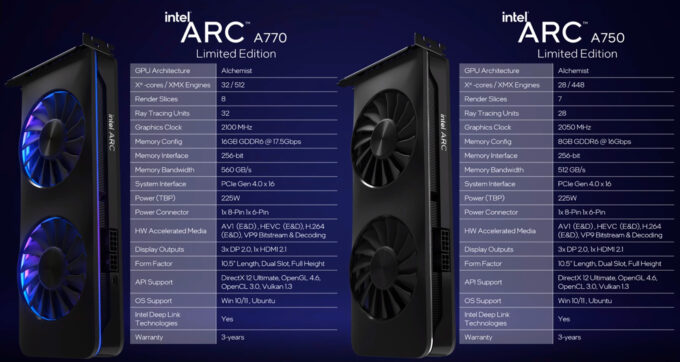 You might notice the lack of an A770 8GB above, and that’s on purpose: that model will be left up to the board partners to produce. The same vendors will of course release their own takes on the other models above, but if you want the LE design, you’ll be getting it from the all-Intel card.

Additional specs are mentioned in the tables above that Intel hasn’t talked too much about, and we don’t really see anything unusual or missing. It’s nice to see support for Ubuntu mentioned here, because sometimes Linux feels like an afterthought to some companies. We would not expect proper day-one support for Ubuntu, however, so if you’re a user of that OS, you’ll probably want to wait until reviewers can test it out (unless tinkering is your bag, maybe.)

The price-points of both the A770 and A750 are enough to suggest which competitive GPUs they go up against, but Intel has analyzed current actual GPU pricing and claims that the A770 offers a 42% performance-per-dollar gain over the RTX 3060, while the A750 is even better, with a 53% gain. These are bold claims, so we’ll see how they play out once reviews go live. 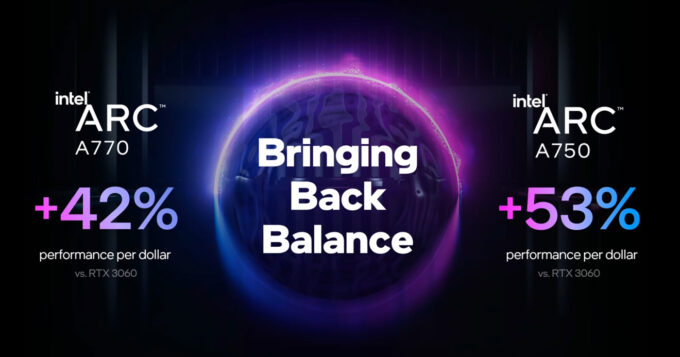 If these claims are correct, and if Intel’s GPUs sell at their stated price – even just close to them – then the value proposition looks quite good. And, it gets even better.

We assumed that Intel might mull offering a game bundle to help make Arc look even more alluring, but we admit we didn’t expect this. The company is giving away copies of Call of Duty: Modern Warfare II with a purchase of a 7-series Arc – a $70 value. And, if that wasn’t enough, the company is giving away even more games to those who (seemingly) purchase any Arc card and register it on game.intel.com: Gotham Knights, Ghostbusters Spirits Unleashed, and The Settlers.

No one can claim that Intel isn’t trying! With either the A750 or A770, the game bundle is valued at more than half the price of the cards themselves!

For those who want Intel’s backstory on how it generated its performance claims, check out a new video just posted to the Intel Graphics YouTube channel, featuring Intel’s Tom Peterson and Ryan Shrout:

With that, we think we might have some benchmarking to tend to…