Throughout all of our benchmarks regardless of what we are reviewing, testing is done in a clean and stand-alone version of Windows XP Professional with SP2. The exception is SYSmark 2007 Preview and PCMark Vantage, which are tested under Windows Vista. Prior to testing, these conditions are met:

SYSmark grades the performance of the system by how well it could handle different operations. Systems with more than one core will benefit in the tests, since there is a lot of multi-tasking throughout. Once the test is completed, it will provide you with an overall score, in addition to showing areas where the computer excelled. 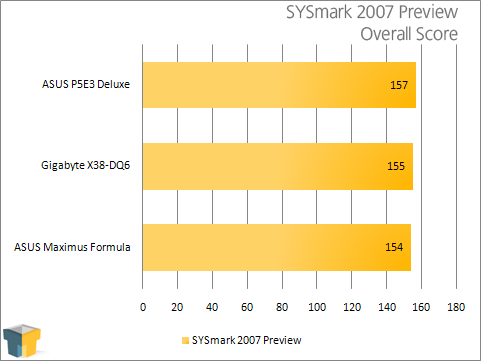 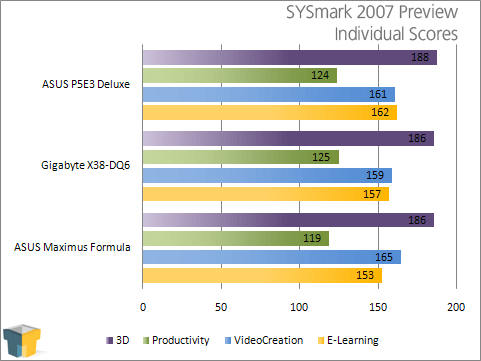 The P5E3 did well in all tests, but fell slightly behind the DQ6 in the productivity test. With scores these close, however, any fluctuation in the CPU frequency during some test could be the result of the point difference. All boards performed exceptionally.