Real-time Ray Tracing In Gaming: The Momentum Is Enlightening

by Techgage Staff on December 17, 2019 in Gaming, Graphics & Displays

NVIDIA has long made it a mission to introduce cutting-edge graphics technologies to our games. Once real-time ray tracing APIs became available, the company was quick to launch its GeForce RTX line of GPUs with full support. Today, we can’t stop hearing about how enlightening ray tracing can be, so let’s take a few moments to reflect on what’s happened in the first year of real-time ray tracing’s life.

NVIDIA sponsored our time to deep-dive RTX so that we could produce this article.

With a new decade upon us, we’re inspired to reflect on the technological innovation that’s led us here. It’s easy to forget about the many milestones that have occurred over the years, when in reality, there are more than we should even be able to remember.

With PC gaming, both the hardware and software has evolved dramatically. One thing that refuses to evolve, though, is our unrelenting demand for more cool graphics technologies. Fortunately, NVIDIA has made it a mission to deliver those.

It was twenty years ago when NVIDIA unveiled its first GeForce, the GeForce 256. This card arrived in 1999, the same year as the iconic Half-Life series. NVIDIA packed a unique feature into that flagship: acceleration for T&L (transform, clipping, and lighting). Where would we be without a now-basic feature like that? Or bump and texture mapping? Tessellation? What about anti-aliasing or anisotropic filtering? All of these individual technologies have led us to where we are today, and while there’s a lot to reflect on, it’s obvious that innovation doesn’t take a break.

Over the past couple of decades, there have been many milestones seen in graphics technology, but of course, some of those have been more significant than others. With rather easy consideration, we’d say that NVIDIA’s RTX and its accelerated ray tracing capabilities stand out more than most. It’s a feature many in the industry have been craving, and one that changes gaming going forward – for the better.

NVIDIA’s “RTX” represents both its family of graphics technologies, as well as the graphics chips themselves. RTX graphics cards include additional Tensor cores for accelerated AI and deep-learning, as well as RT cores for dramatic speed-ups to ray traced lighting. With those RT cores, NVIDIA became the first to boast support for the Holy Grail of game graphics: real-time ray tracing. 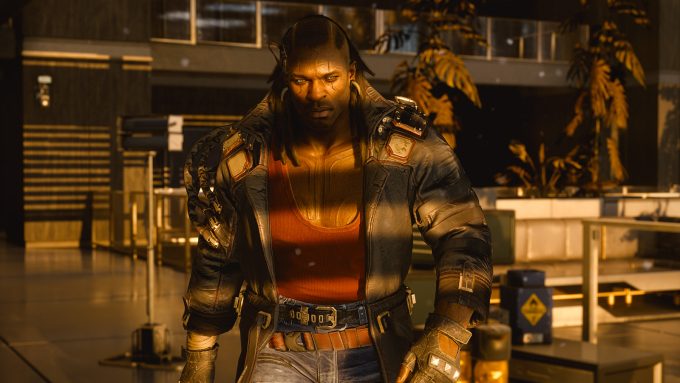 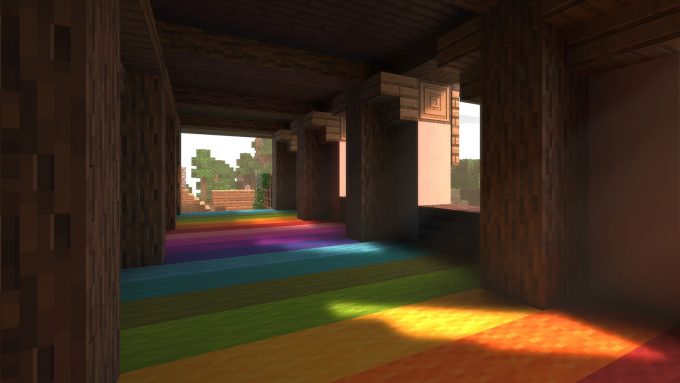 Minecraft is the most popular game in the world, and will soon gain ray tracing support

Designers have long wanted better lighting in their games and movies, but because of the computational horsepower needed, using it for gaming has been impossible (until ray tracing). While ray tracing as a concept may be new to some PC gamers, it’s certainly not to anyone who works with digital graphics in the movie industry. Pixar has long used ray tracing in its animated films, but it took until 2006 with Cars when hardware became powerful enough to allow the company to use it for the entire feature film.

Rendering a circa-2006 digital movie even with today’s top hardware would still take a good while, so you can begin to understand why designers have been craving faster ray tracing performance for ages. With RTX, NVIDIA effectively opened the floodgates.

The First Year Of NVIDIA RTX and Real-time Ray Tracing

What’s impressed us in the first year of real-time ray tracing is how quickly developers have adopted it. Making it all the more impressive is that the technology is not only benefiting gamers, but also creators. Today, folks using solutions like Chaos Group’s V-Ray, Blender, and Autodesk’s Arnold can use both NVIDIA’s Tensor and RT cores to speed their work up.

Some design tools bridge the gap between gaming and creation, such as Unreal and Unity – both of which announced the implementation of ray tracing into their respective game engines less than eight months after GeForce RTX’s announcement. Since then, we’ve seen more private engines absorb the same features, like DICE’s Frostbite, id Software’s id Tech, Remedy Entertainment’s Northlight Engine, and even Square Enix’s Luminous Engine.

For support of ray tracing to appear in many of the market’s biggest game engines early on really says something. For games in Windows, most ray tracing work will route through the DirectX DXR extension, while for Vulkan, VKRay can be used. VKRay is the reason gamers have been able to play Quake II RTX in both Windows and Linux, so the wide support is certainly appreciated. It’s worth noting that not only is this remake built around Vulkan and ray tracing, so is the aforementioned AAA title Wolfenstein: Youngblood, released this past summer.

Offering the hardware and support is just half of NVIDIA’s battle, though. Developers have to be able to grasp how to take advantage of a technology, and of course gauge the amount of effort required to deliver a good return on investment. The fact that we’ve seen ray tracing slipped into Quake II and Minecraft suggests that it’s not too hard to implement, but we have an even better example.

This past summer, a single person took it upon themselves to craft a game, Stay In The Light, built entirely around real-time ray tracing. The developer only received support from the company after it discovered the project in a reddit thread. If a single experienced user could adopt RTX so easily, even before most of the big guys, it’s easy to see why many top developers have been quick to adopt it as well. 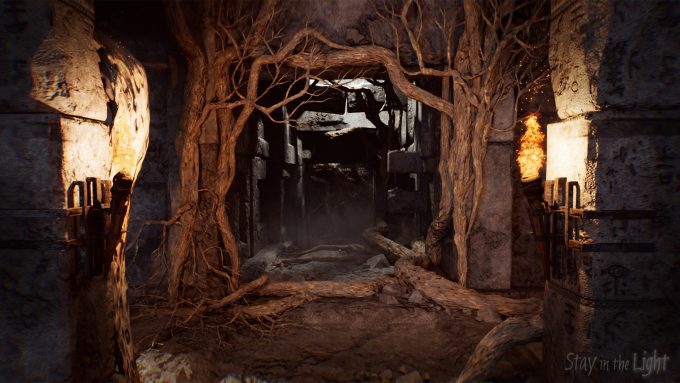 In case it’s not entirely clear, it’s worth pointing out that ray tracing is not new. Techgage interviewed the creator of graphical ray tracing, Turner Whitted, last summer. During that interview, we discussed how the inventor showed off his first ray traced demo at the professional graphics conference SIGGRAPH in… 1979.

Yes, it’s really taken until NVIDIA RTX’s launch for regular users to experience real-time ray tracing on their own computers.

Still, RTX and ray tracing is often misunderstood. Why exactly should someone care, and what should they expect? Because ray tracing is all about improving the lighting, that likewise means it’s all about improving the realism and impressiveness. If you were to walk through a darkened building in real-life, you’d notice if some shadows were jagged and unnatural. We see that very thing in our games, or at least the ones that don’t support real-time ray tracing. 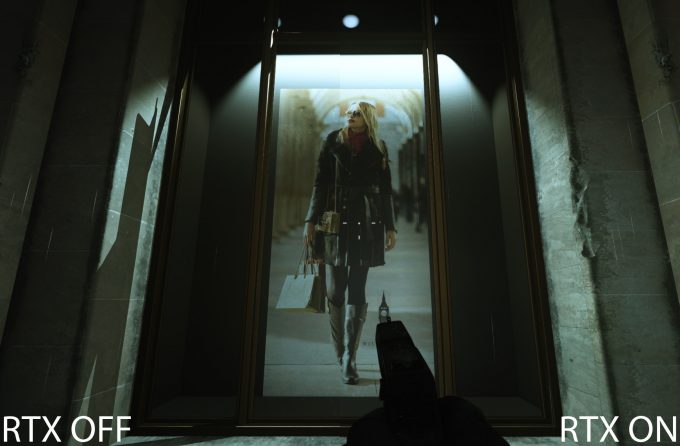 The shot above is of Call of Duty Modern Warfare, and being perfectly split down the middle, it’d be easy to fall for the fact that it’s not a single capture. On the left side of this thumbnail, sharp, unnatural shadows can be seen, while on the right, more realistic shadows are cast. We encourage you check out the full comparison with the link above since it makes it easier to see all of the small differences.

The thing about accurate shadows, and lighting in general, is that it’s easy to ignore while you’re looking at it, but it’s immediately obvious once it goes away. With the image above, if you were to see the right side first, you may think nothing of the advanced shadows, but after disabling it and seeing the what’s on the left, the difference is as hard to ignore as a smack to the face.

Modern Warfare admittedly has a simpler implementation of ray tracing, as it only supports ray traced shadows, yet when you compare it on and off, the differences are clear. Shadows and lighting matter, which is something one of the earliest adopters proved with Metro Exodus, the first “milestone” game for ray tracing. This game is hard to beat when it comes to realistic gritty environments that ooze with character. When creeping around inside of a derelict building, better lighting through ray traced ambient occlusion and diffused global illumination ensures you will experience it as close to the developer’s vision as possible. Take another look at RTX on vs. off (an alternative controllable version can be found at NVIDIA’s site). 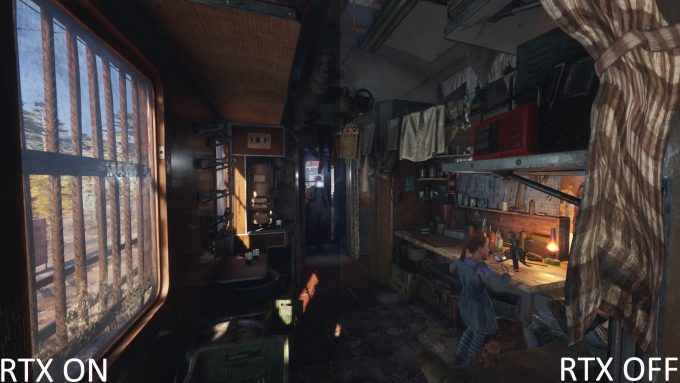 Reflections are another major part of why ray tracing matters, and this promotional shot from Cyberpunk 2077 easily highlights that: 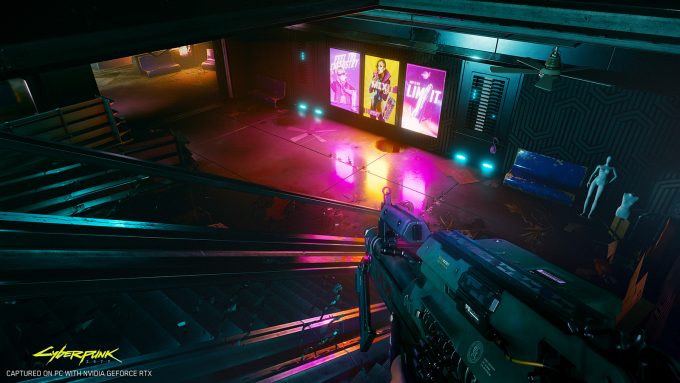 We almost hate even talking about Cyberpunk 2077 because its release can’t get here quick enough. And with the knowledge that it’s going to be infused with ray tracing, we’re even more eager to get sucked into that game world!

Control will be remembered as a killer app for ray tracing

In Control, ray traced reflections, shadows, and global illumination can be found all over. You can see in the shots above just how lifeless glass becomes when ray tracing is turned off. With it on, reflections and shadows look completely realistic (and not to mention attractive). As developers continue improving on their implementations, this will only get better.

Of course, we’d be remiss to not mention the best reflections demo of them all – the one set in the Star Wars universe (above). When that demo came out, it seemed so exotic, but it wasn’t long before the first generation of RTX graphics cards came around, and that same demo could be run on our own PCs. Since then, NVIDIA released a second generation of RTX cards with RTX SUPER, and currently offer ray tracing support on GPUs starting at just $349.

Let’s look at the big picture. While real-time ray tracing on GeForce began with some demos, the technology quickly became adopted by many popular titles, like Shadow of the Tomb Raider, Battlefield V, Metro: Exodus – and who could have missed the release of Quake II RTX? Everyone loves classic games, but when you can take a classic game and put a fresh spin on it, such as with real-time lighting, it just doesn’t get better than that. NVIDIA even went the extra mile to port this RTX remake to Linux! We’ve since heard that the company has other classic remakes in the works, and we really cannot wait to see what those will be. 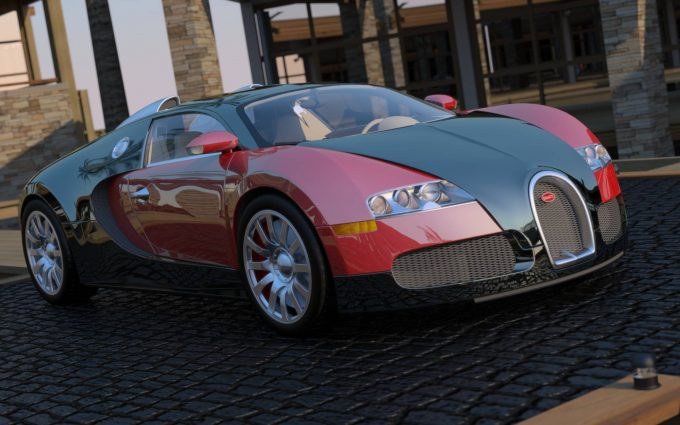 We’ve been hyped for real-time ray tracing since NVIDIA’s GeForce RTX GPUs launched, and we’re glad to see that the industry momentum behind it has been super-strong. With both Unreal and Unity adopting RTX this past spring, it means that NVIDIA’s technologies are tightly integrated into the engines at this point, allowing every game developer using those engines to augment the realistic lighting (and DLSS) in their titles with ease.

Some technologies get released and seem to be largely ignored. RTX’s features has not suffered that fate. If a slower start drew concern, the fact that games like Minecraft, Call of Duty: Modern Warfare, Cyberpunk 2077, Dying Light 2, Wolfenstein: Youngblood, Vampire The Masquerade: Bloodlines 2, Watch Dogs: Legion and Control have either rolled out support, or will have it, speaks volumes about its attraction. 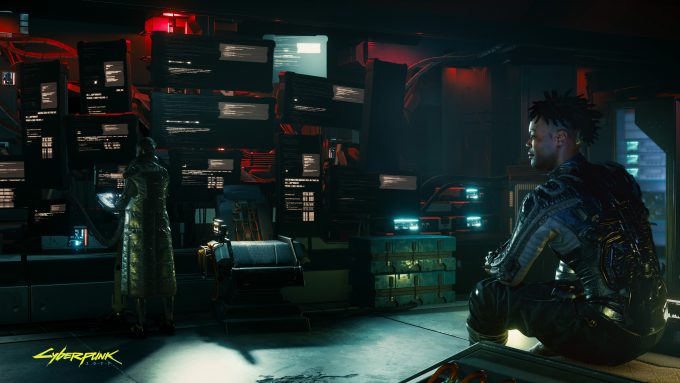 It’s not only with games, but even many creative applications are gaining support for NVIDIA’s RTX technologies, including a number that we’ve explored on our other pages. Given everything we’ve seen leading up to the launch, as well as the response afterwards, it’s clear that NVIDIA RTX and real-time ray tracing’s first year has been an impressive one. We’re excited to see what 2020 brings.